A Birthday and missing noses

I haven't really blogged for a while so let me tell you about the week that was and WOW.....I loved this week. First of all Miss M had a birthday. I can't believe my sweet baby girl is 23 years old. Where did all those years go? 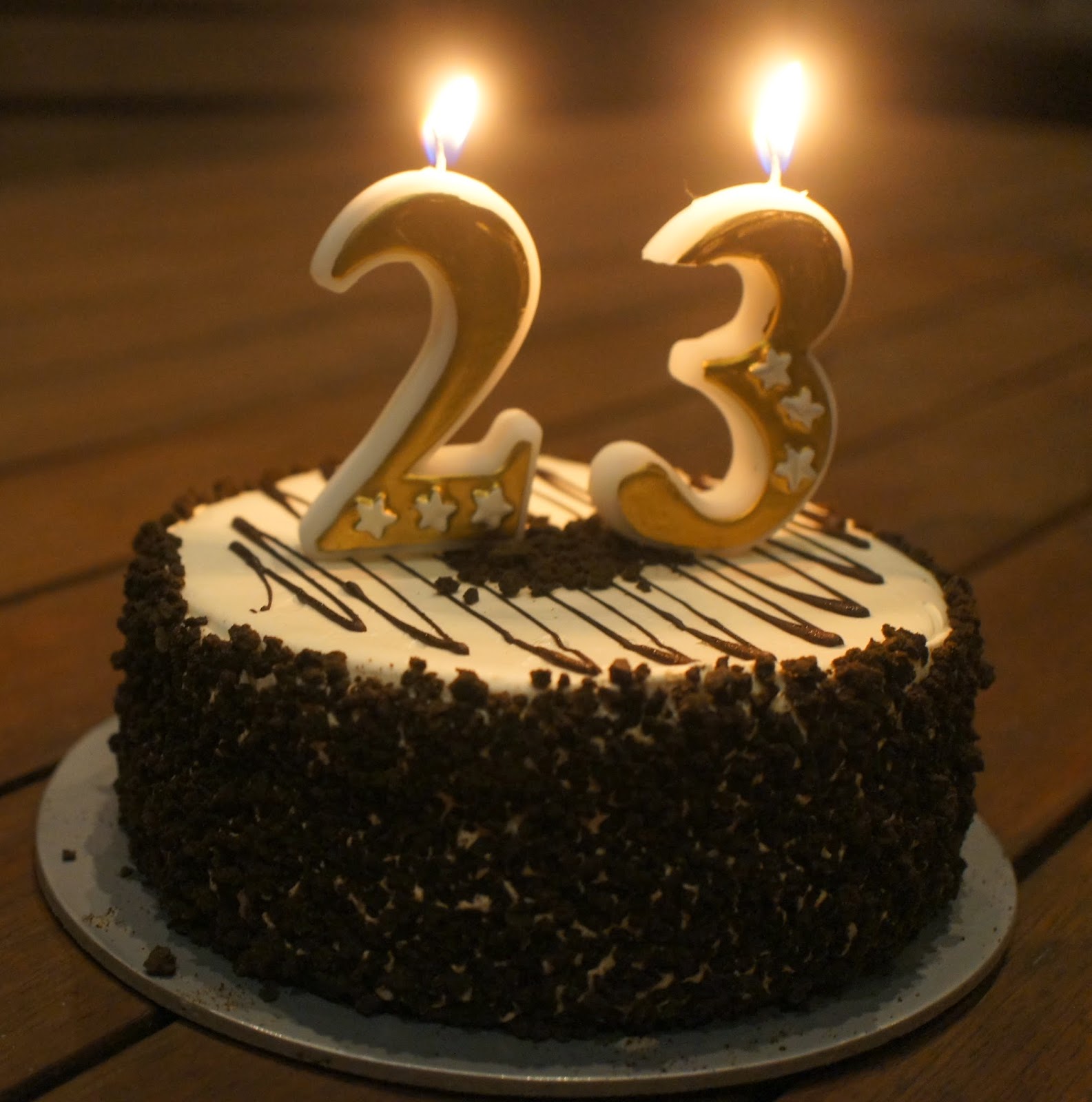 Hubby booked a table at one of our favourite restaurants and we had a delicious meal there including dessert.  Very fine dining indeed! For dessert Miss M and I chose the chocolate plate which had a shot glass of Irish Whiskey flavoured Chocolate Mousse, a piece of chocolate ganache and a quenelle of choc orange ice cream.  It is a good job I watch MKR or I would not have been able to describe the dessert so well! 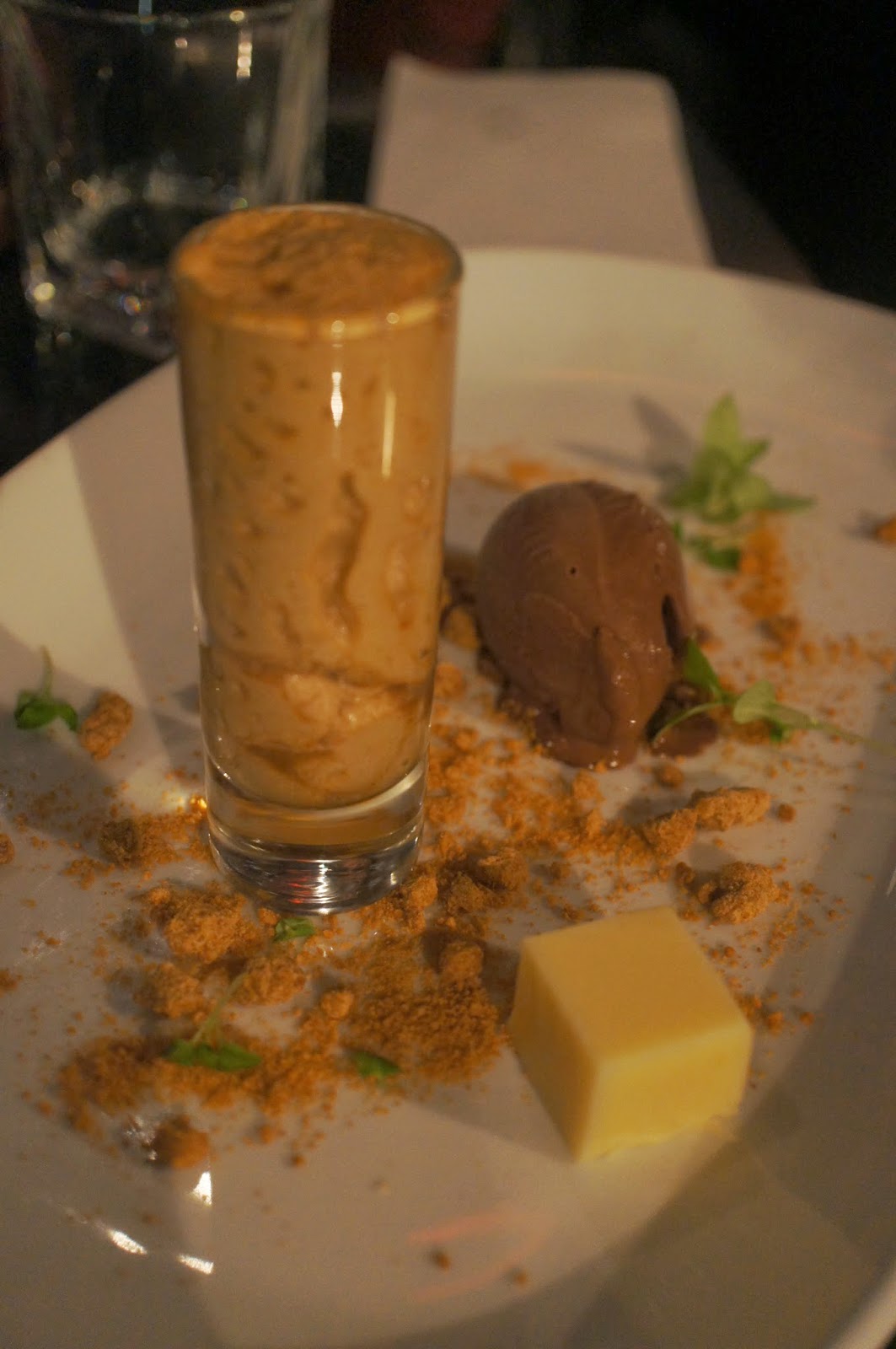 Fortunately, the meals were not overly large as we still had to eat that cake when we got home.

On the quilting front, I got my NewFO for the month finished.  You can read about it in my post tomorrow but here is a sneak peek 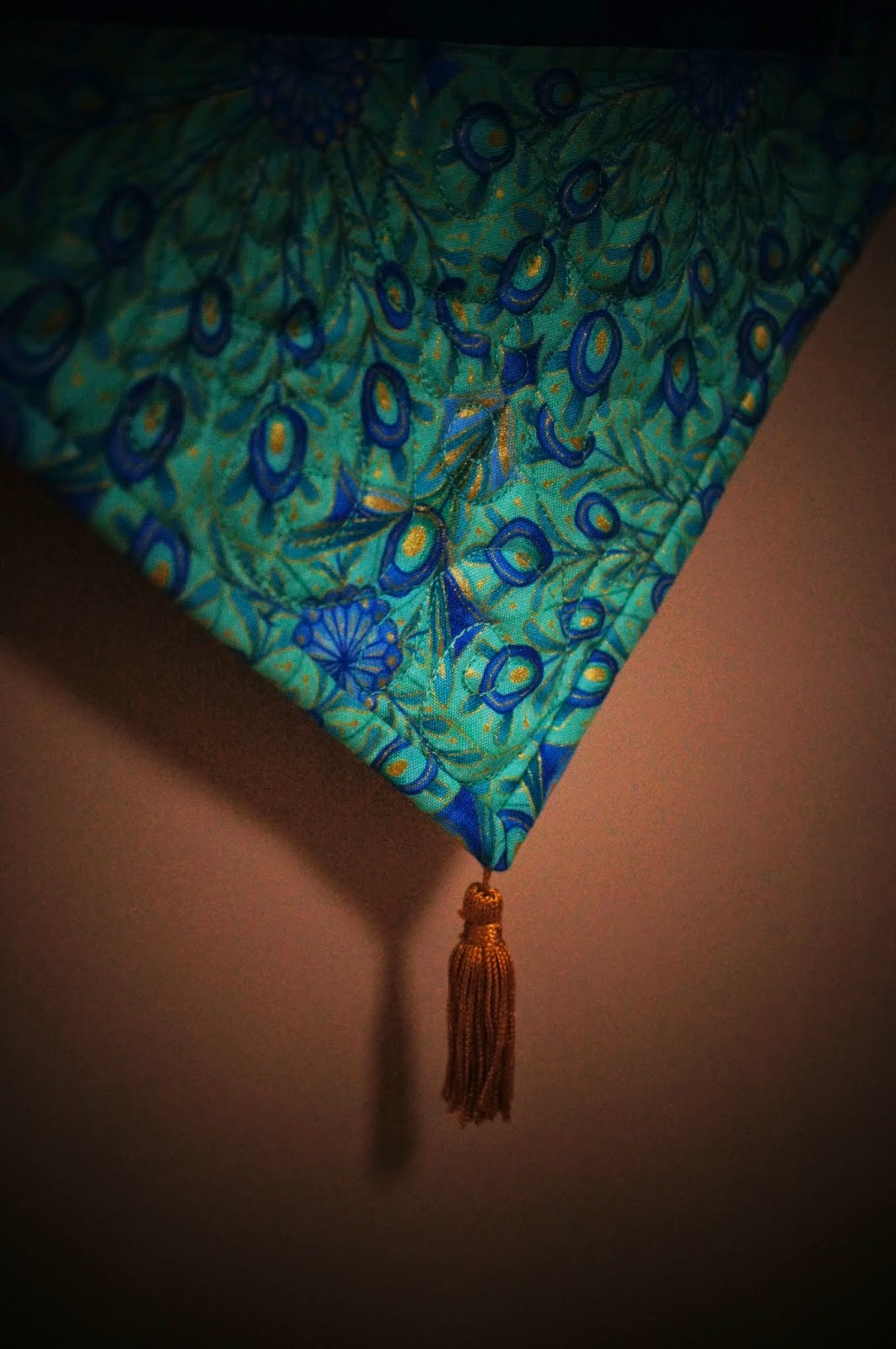 And then I got stuck into a UFO 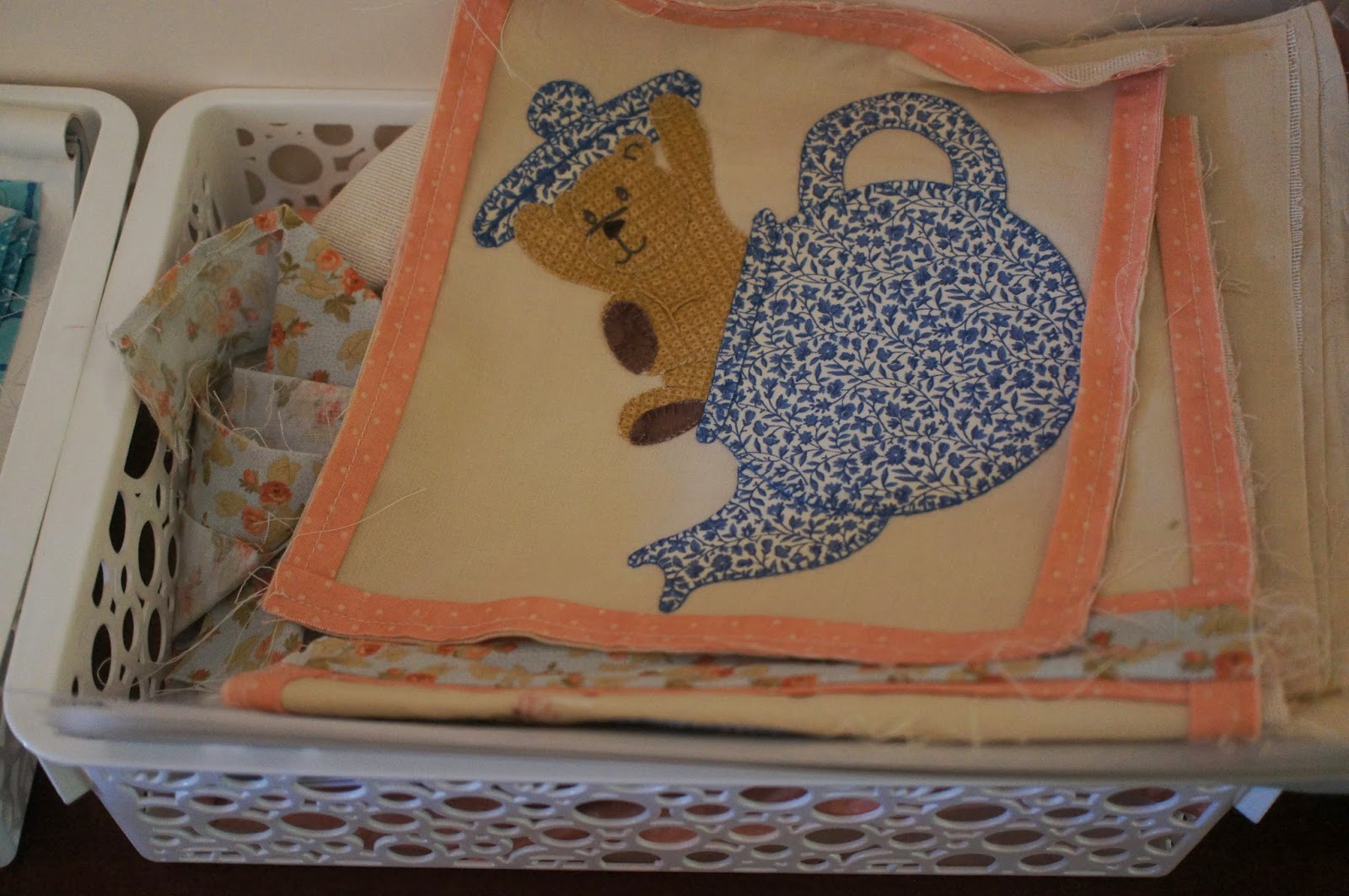 This Teddy Bear Tea Party has been sitting around for so long that I think it is fair to say it has turned from a WIP into a UFO. For once I was organised enough to have everything for this project together in a basket and so it was just a case of remeasuring how wide my peeper strips and sashing strips were and I could start sewing again. 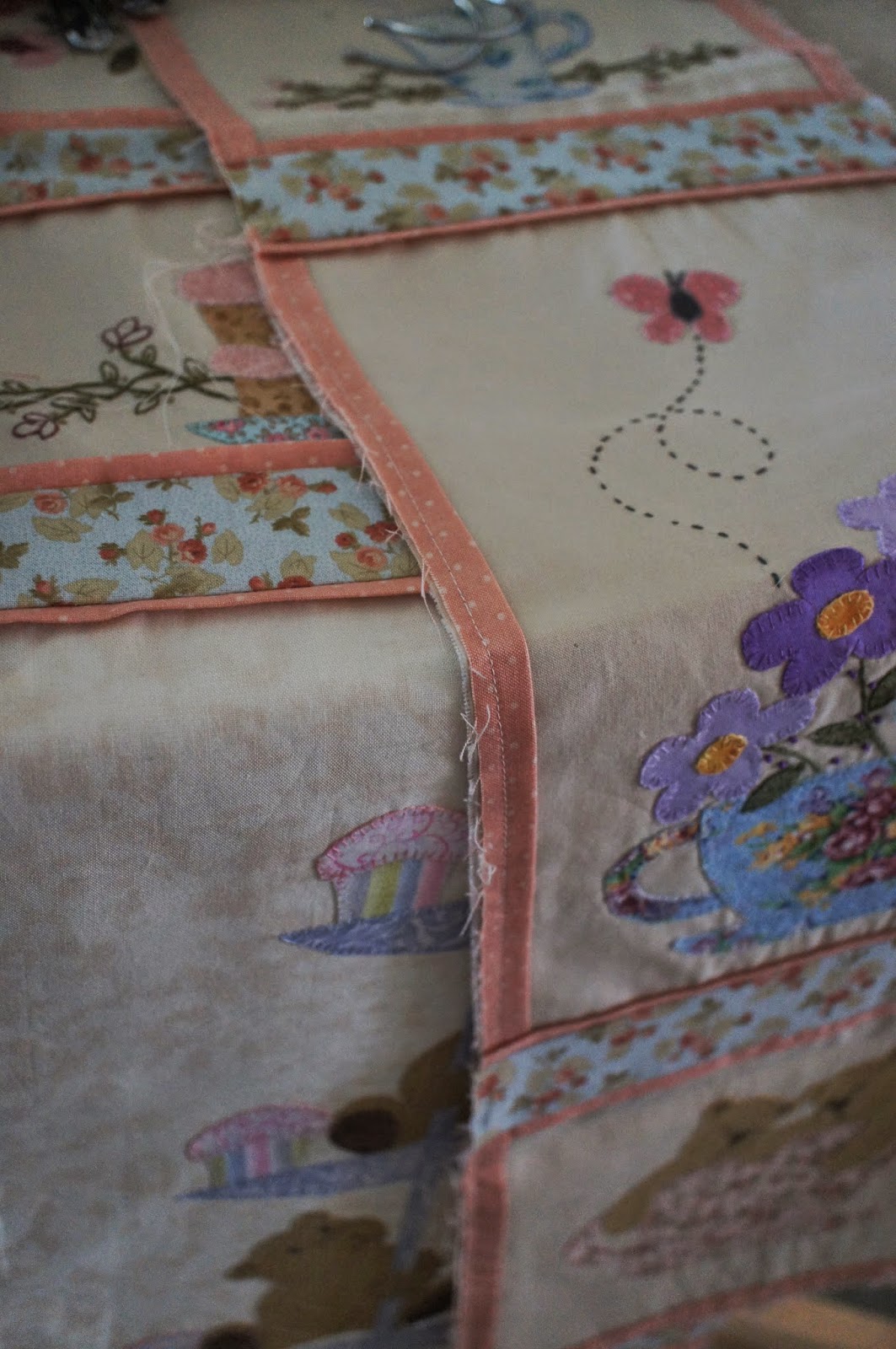 I was just starting on the third strip when I remembered why I had put this one away months ago.  A couple of the blocks needed some finishing off.  One was easy to fix and took me just a couple of minutes of prep and a few stitches to add a yellow centre to one of the flowers. 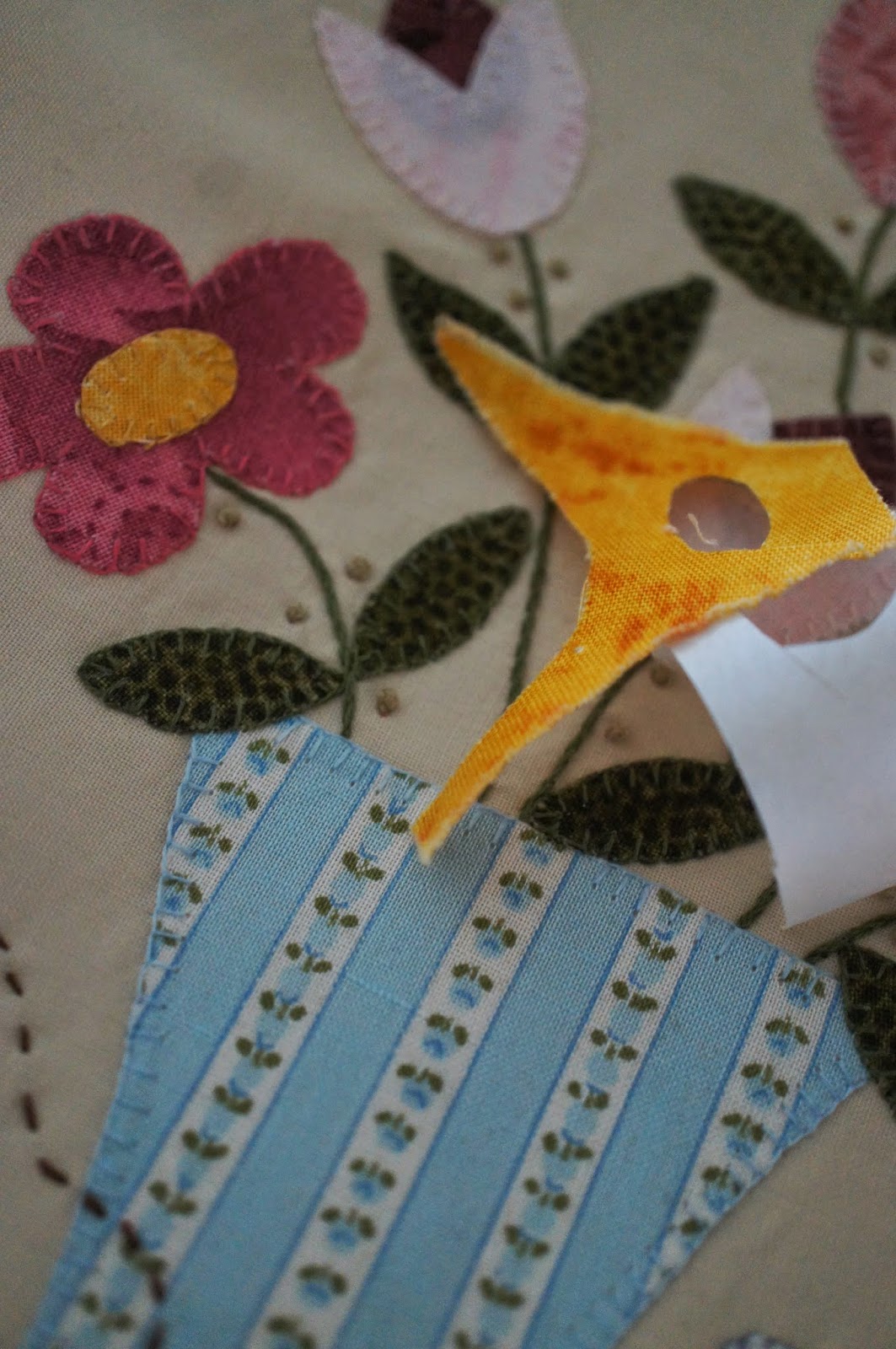 but the other block .......well!.  Initially I realised, when it came time to put the quilt together, that I had sewn the applique wrongly on to the background (to put it plainly, I had sewn it on the landscape instead of the portrait side) so the sides did not match the other blocks.  I decided to carefully cut out the applique and reapply it to a right-way-round background. Even though it adhered really well, I still feel it needs stitches. It is such a tedious job and when I was doing that I realised that I have not added the bear noses either.  The brown is one fabric I am going to have to hunt for because I thought I was finished with it and put it aside......somewhere. 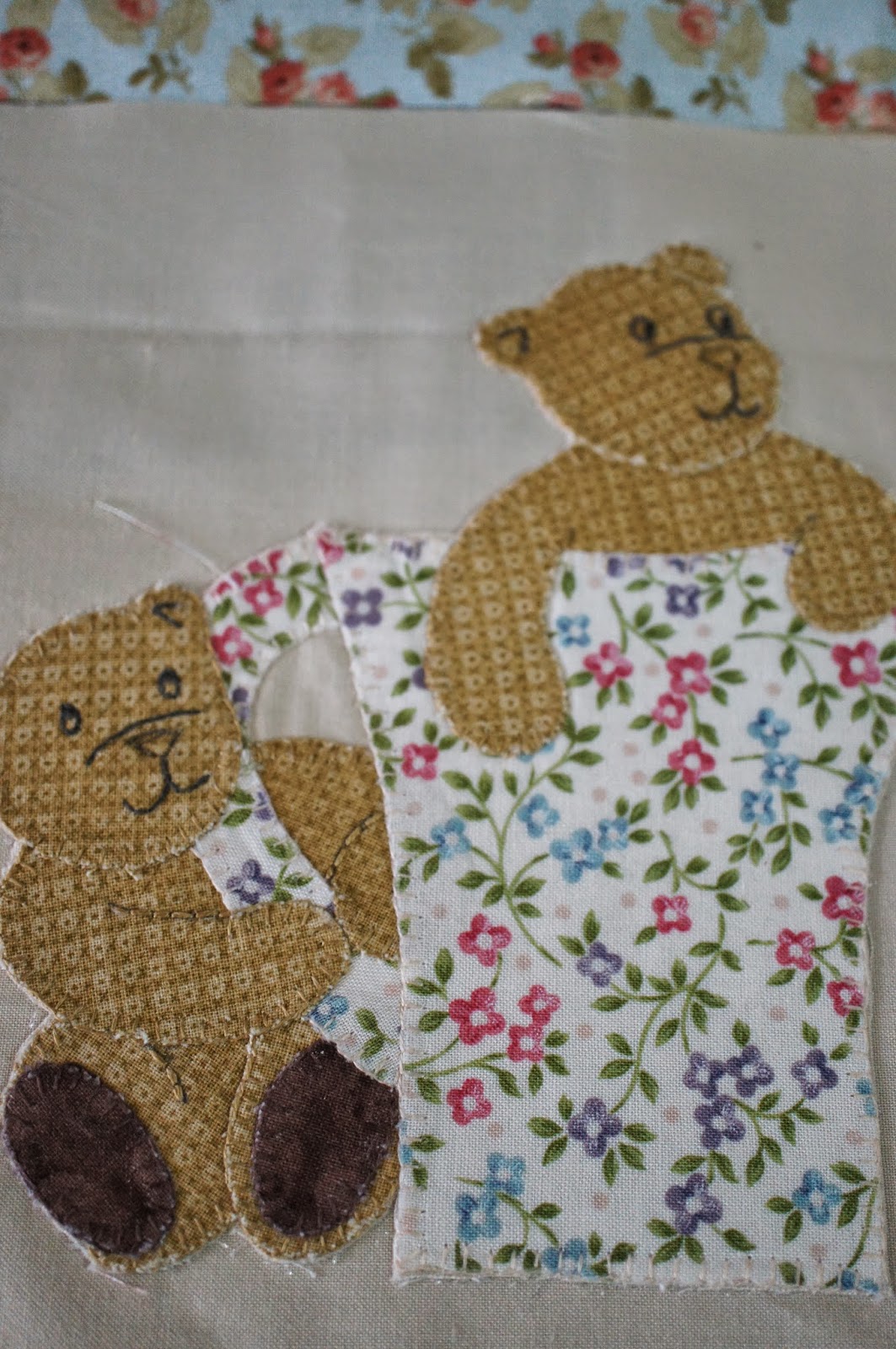 So I got as far as two out of three rows 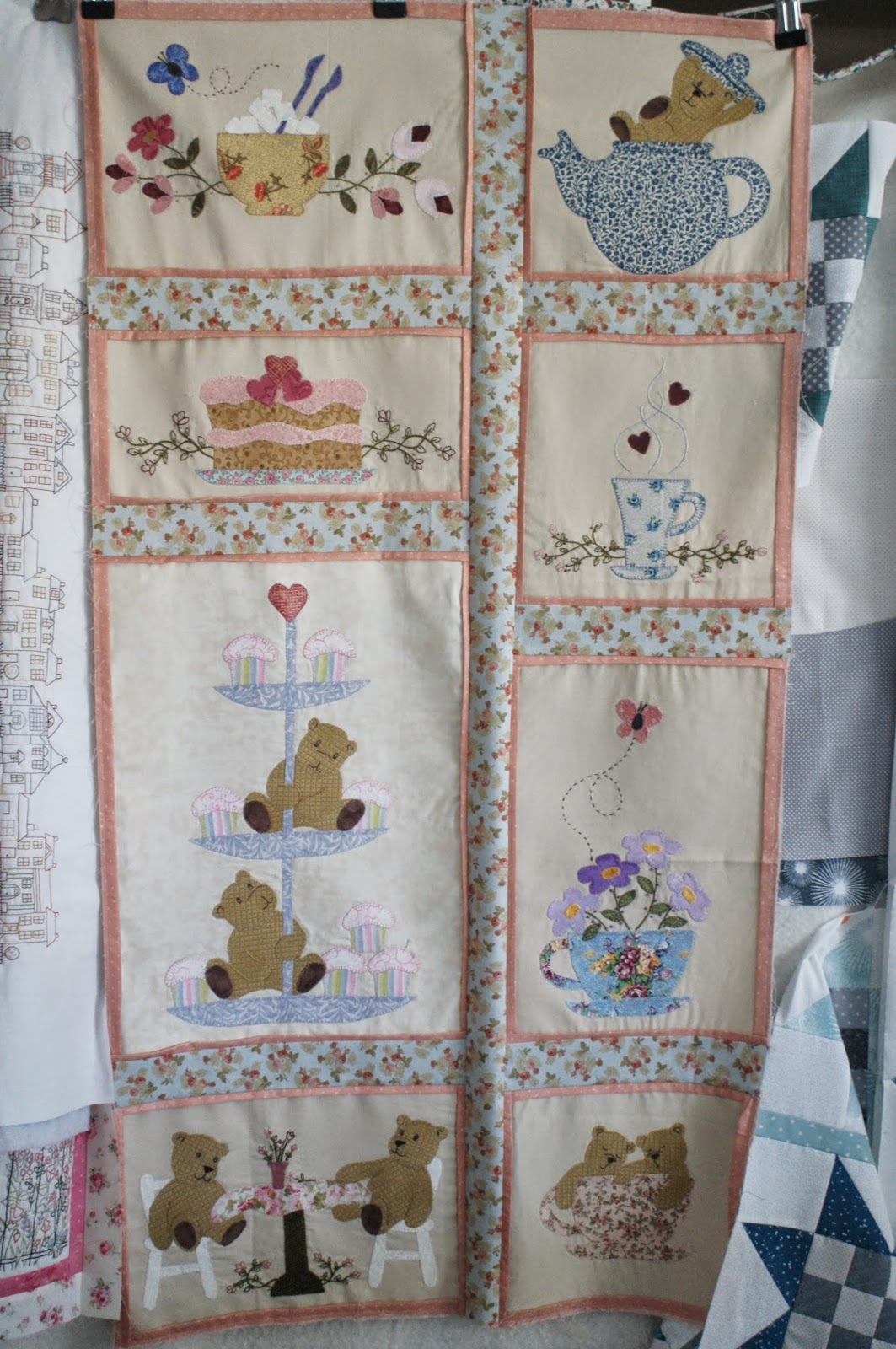 Apart from sewing, I am back on the weight loss wagon and so I am planning every meal that I make and enjoying the process.  It is so much easier grocery shopping with a list (and even though I know this, I often get lax and wing it) and I love avoiding that "What's for dinner"? headache.

Tonight we are having  Lamb and Cashew Stirfry for 7 propoints......Mmmmm, Yummy! 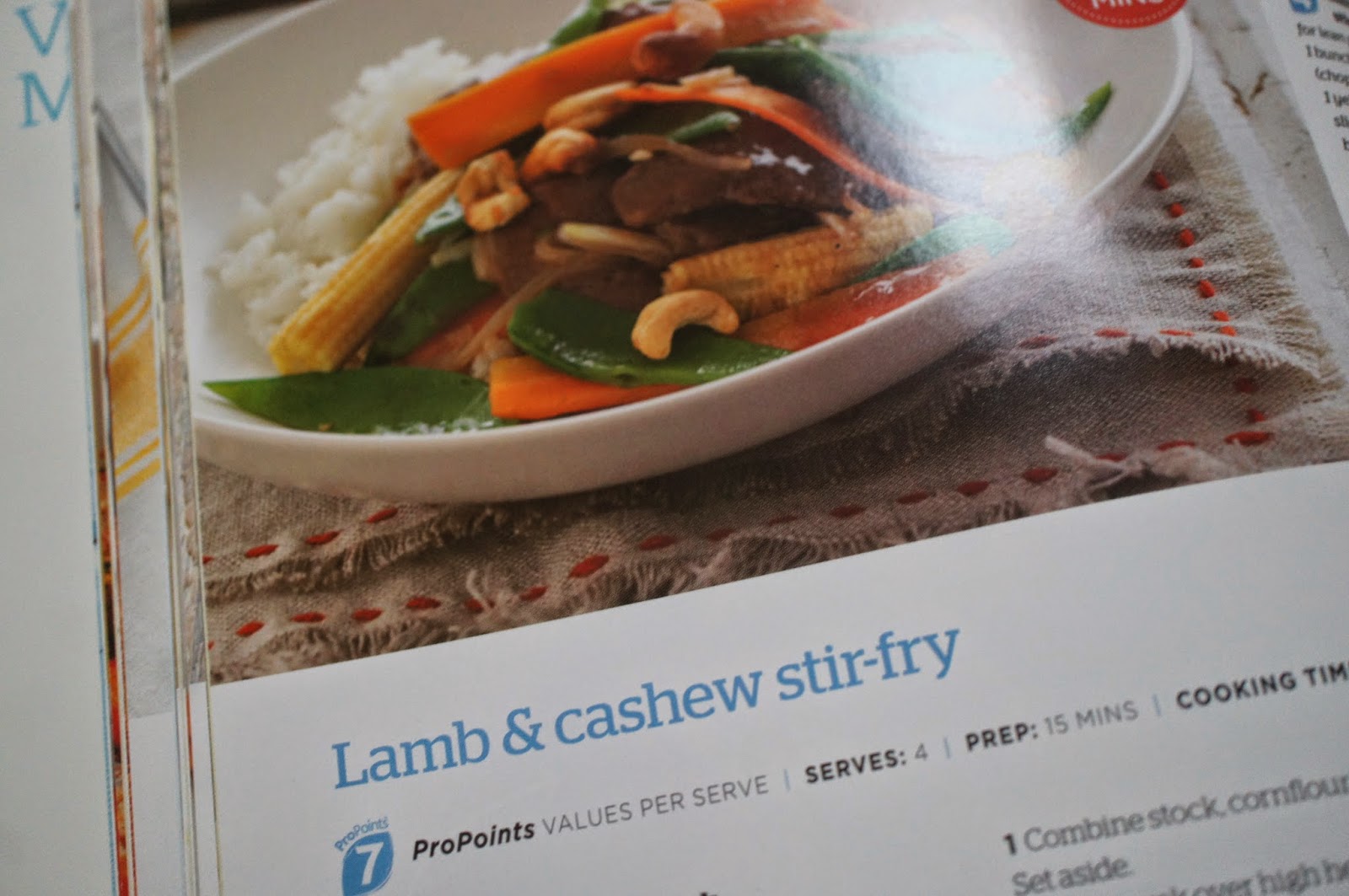 And yes, I did have a loss this week. Even though there was a high calorie dessert and birthday cake involved.  Why do you think I bought such a tiny cake?