From Forest to City

One place I have wanted to visit for a long time is Queen Elizabeth's Hunting Lodge. I am talking Queen Elizabeth I of course. To get there we had to travel to a place called Chingford on the edge of Epping Forest.  Chingford was once a rural village but of course it is now part of Greater London and we caught a train from Liverpool Street to the end of the line at Chingford. 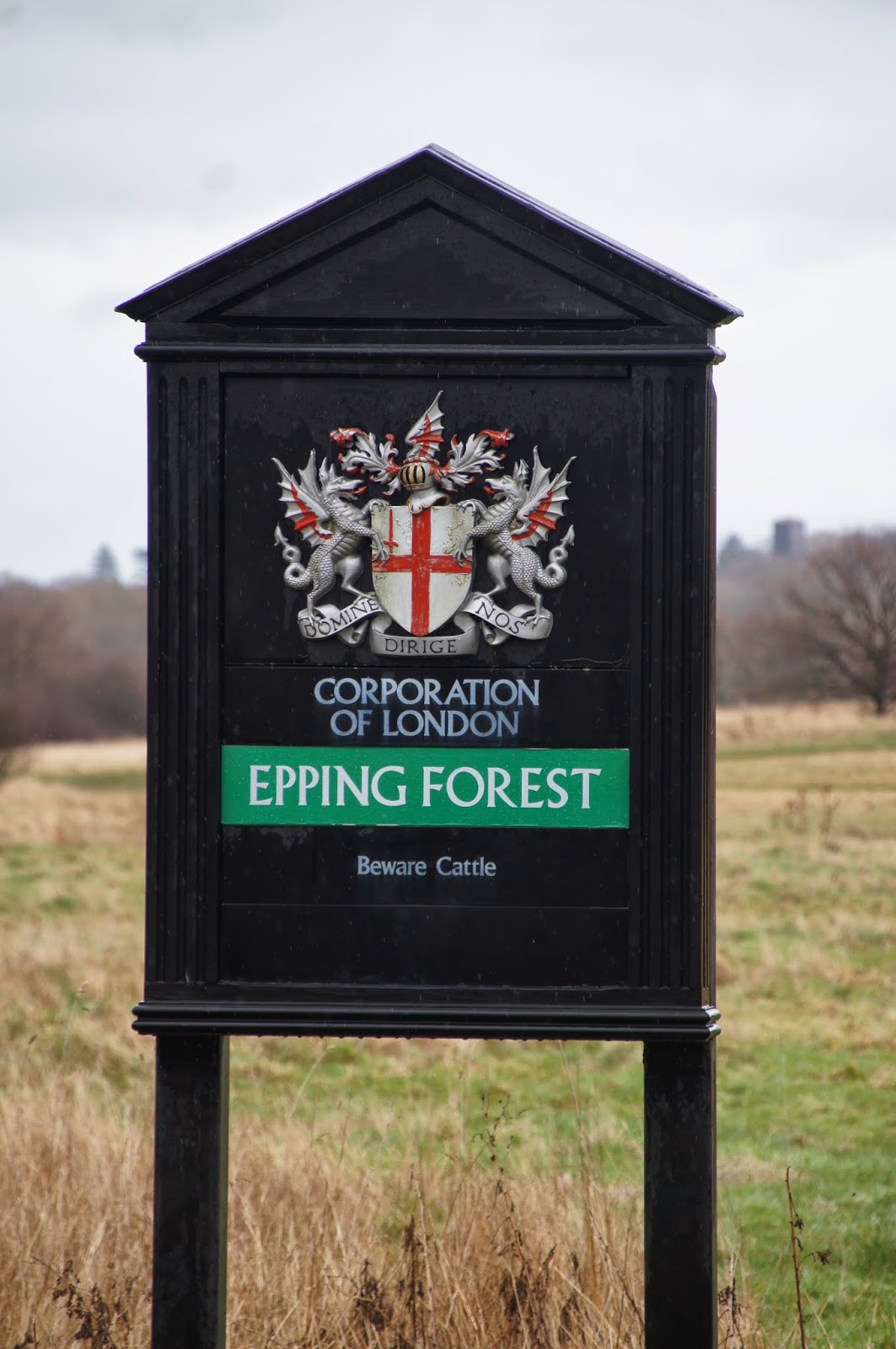 It was just a short walk up the hill towards Epping Forest to find Queen Elizabeth's Hunting Lodge. The structure was built for King Henry VIII so he and his guests could view the deer hunt.  It is a three storey building with a kitchen on the first floor and two levels of viewing rooms above.  It was originally called the Great Standing but at some point the name was changed to Queen Elizabeth's Hunting Lodge although it is not known whether she ever spent any time there. 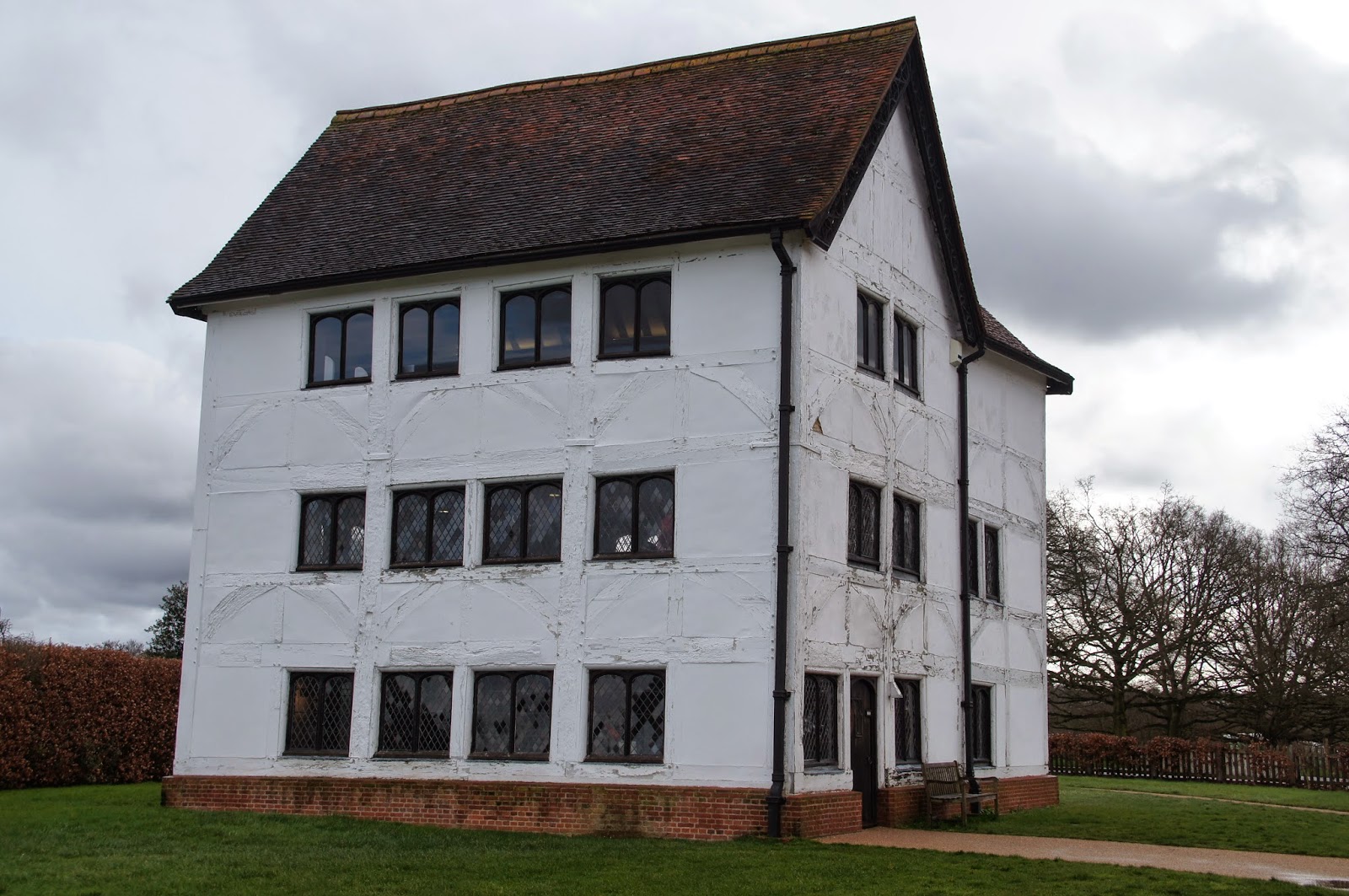 This is a tudor style building but the whole thing has been whitewashed and hides those wonderful characteristic tudor timbers.  There is an interesting cutout at the top of the staircase to see how they built the walls of the structure which I found really fascinating.  I am so incredibly amazed that these really old tudor buildings stand the test of time. The top floor also had a beautiful ceiling. 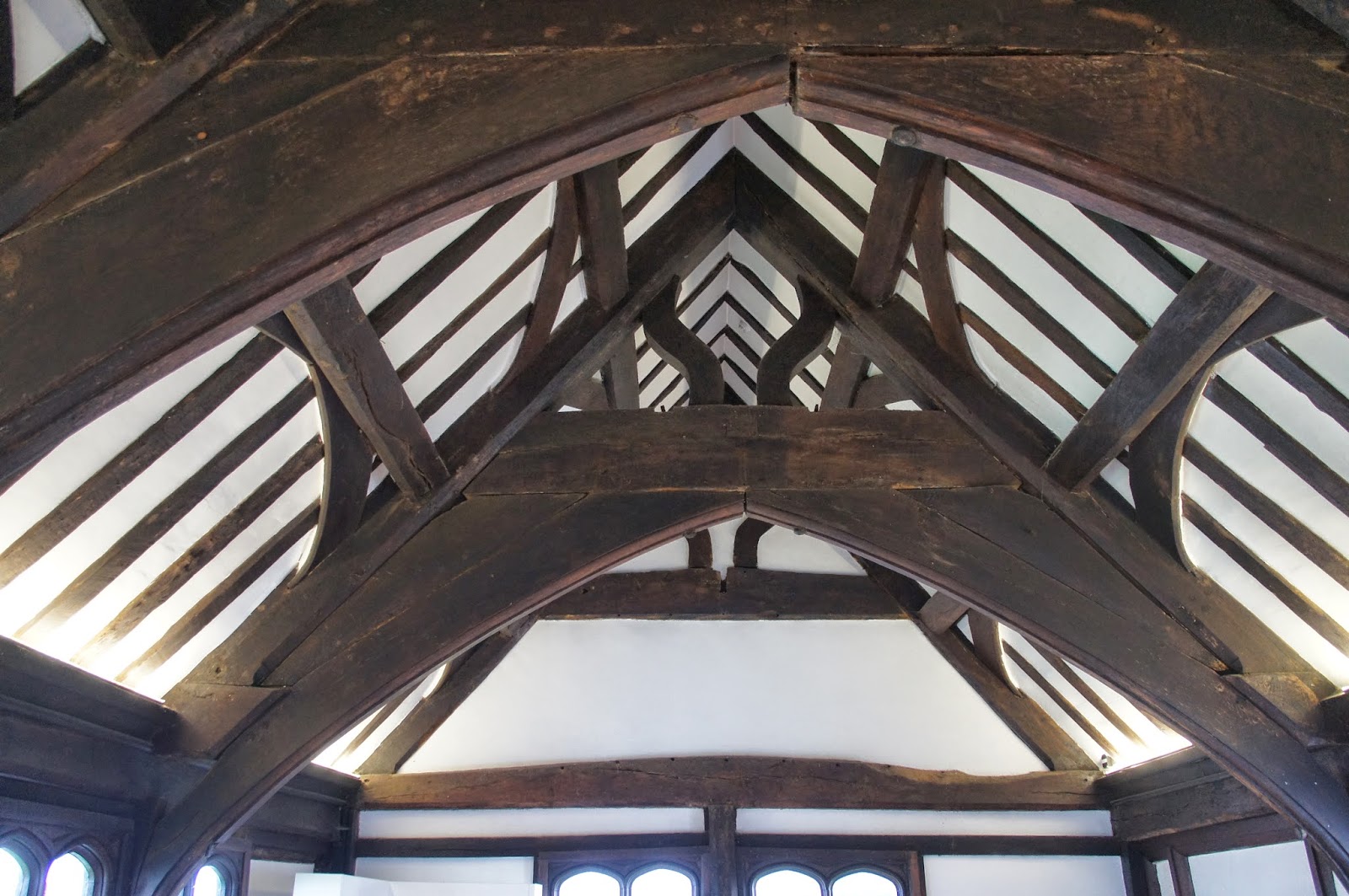 I envisioned that the building would stand within the trees of Epping Forest but actually it is set on a plain and I took a photo of the view towards the forest.  Did Henry VIII and his fellow Tudors view it like this? 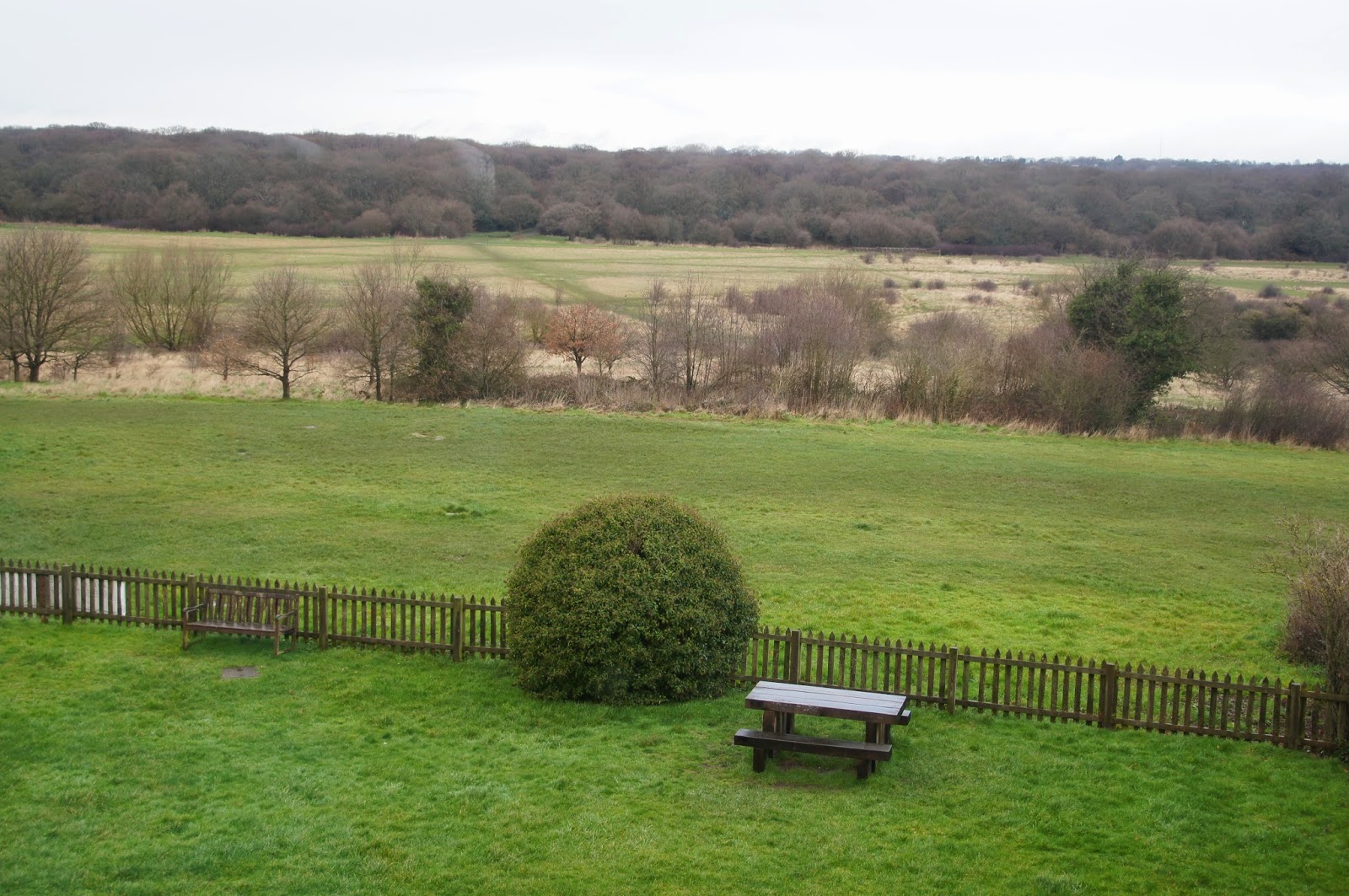 It has possibly changed a lot since the 16th century but I imagine they saw alot more deer than we did.  The only ones we saw were stuffed.  This poor chap was part of a cull done last year which means that there must be a few around if they have to cull them. It made me quite sad as he is such a handsome fellow. 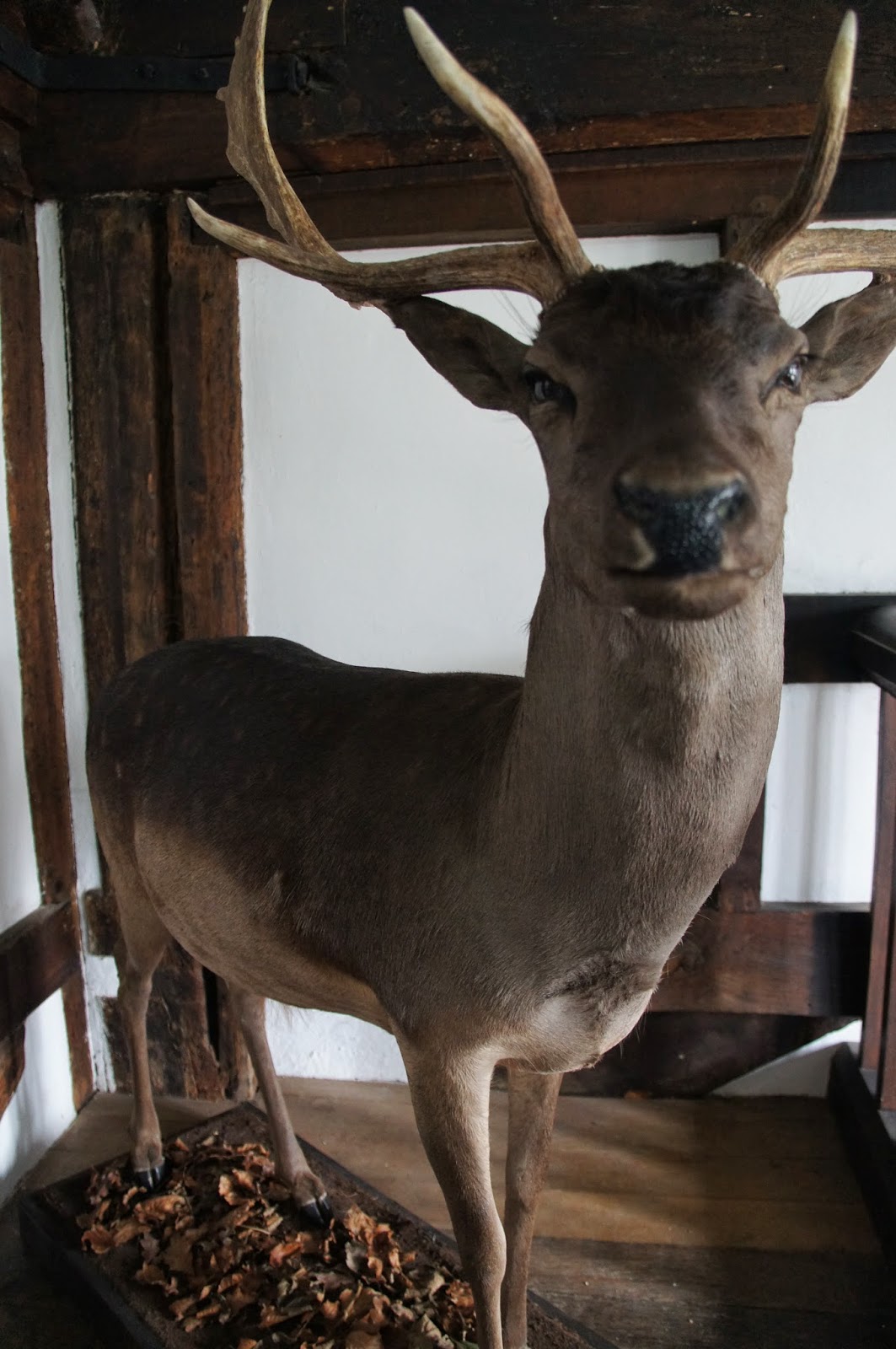 Across the main road behind the lodge was a public walking track through Epping Forest but once again we were without our wellies so thought it best not to go for a stroll. 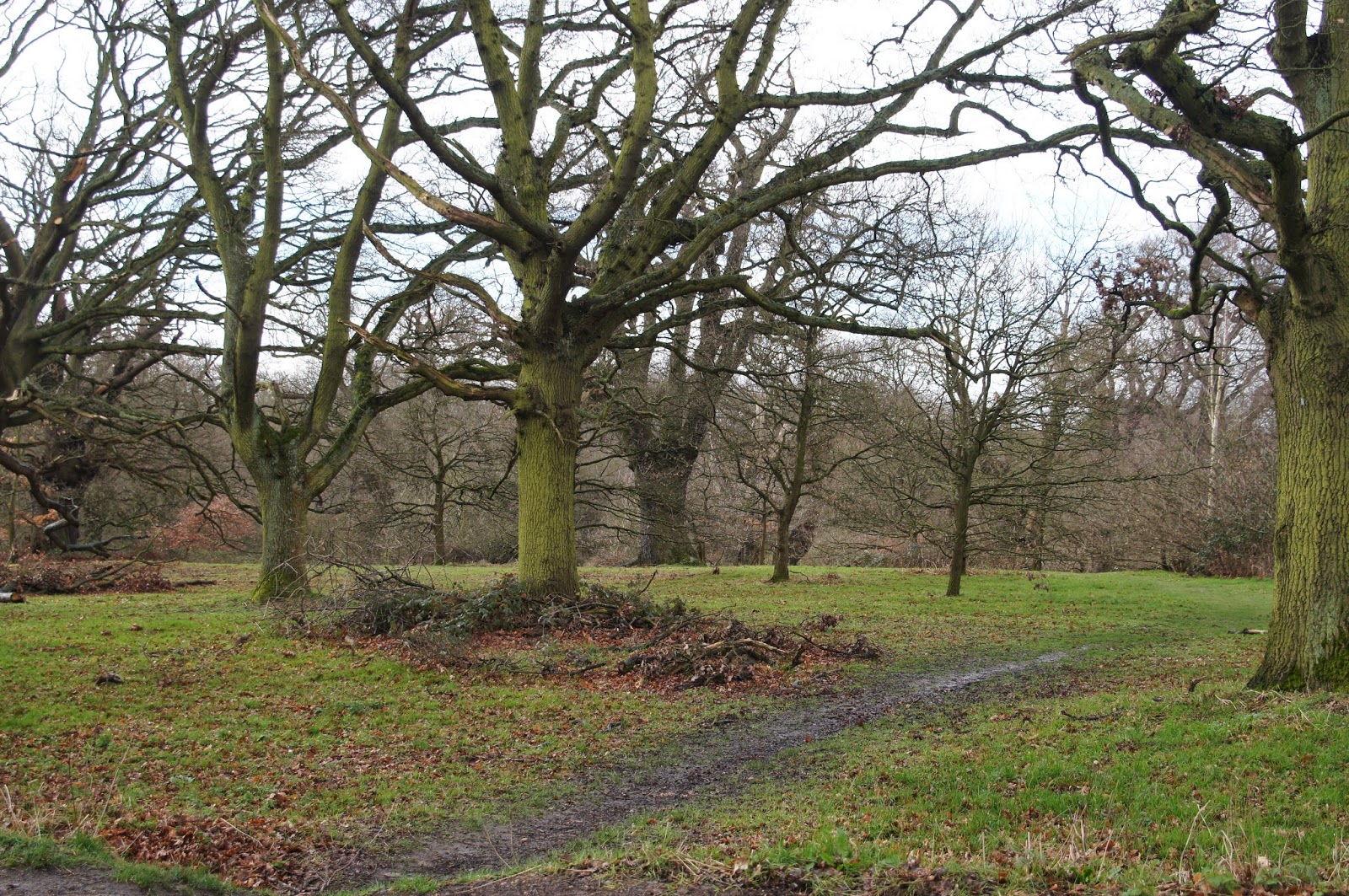 It didn't take us long to explore the Hunting Lodge and it was clearly obvious that a walk was out of the question so we headed back to Central London to have lunch.

We lunched near Covent Garden so we could visit the markets there and then we started walking. Leicester Square. Trafalgar Square.  This is the first time I have ever seen those famous Lions at the base of Nelson's Column without a "million" tourists draped all over them and I took the opportunity to take some photos. 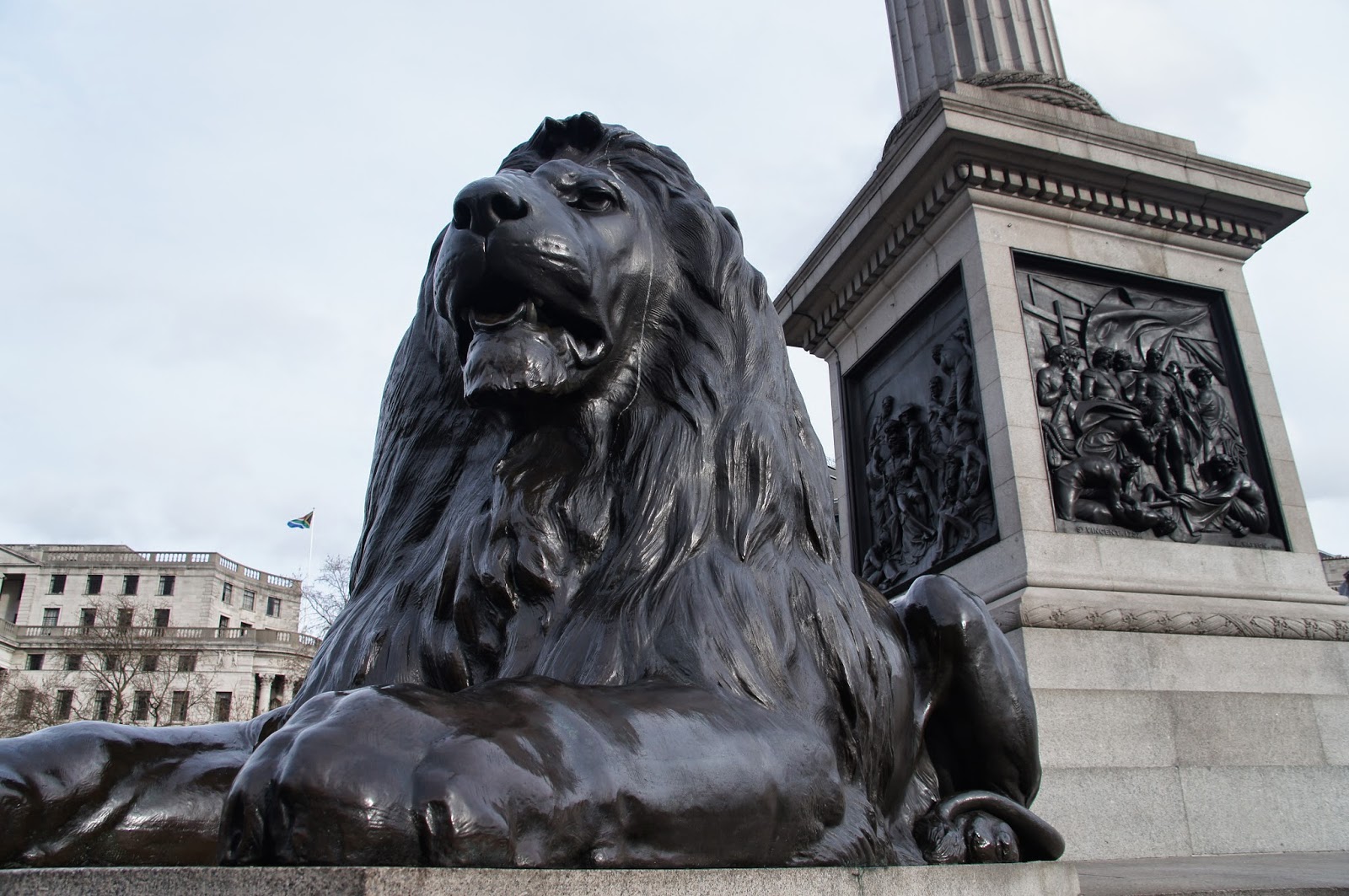 Onwards towards and through the Royal Horse Guards parade ground and in to St James' Park to see the daffodils. They were everywhere, all over the grassed area, in great big bunches. 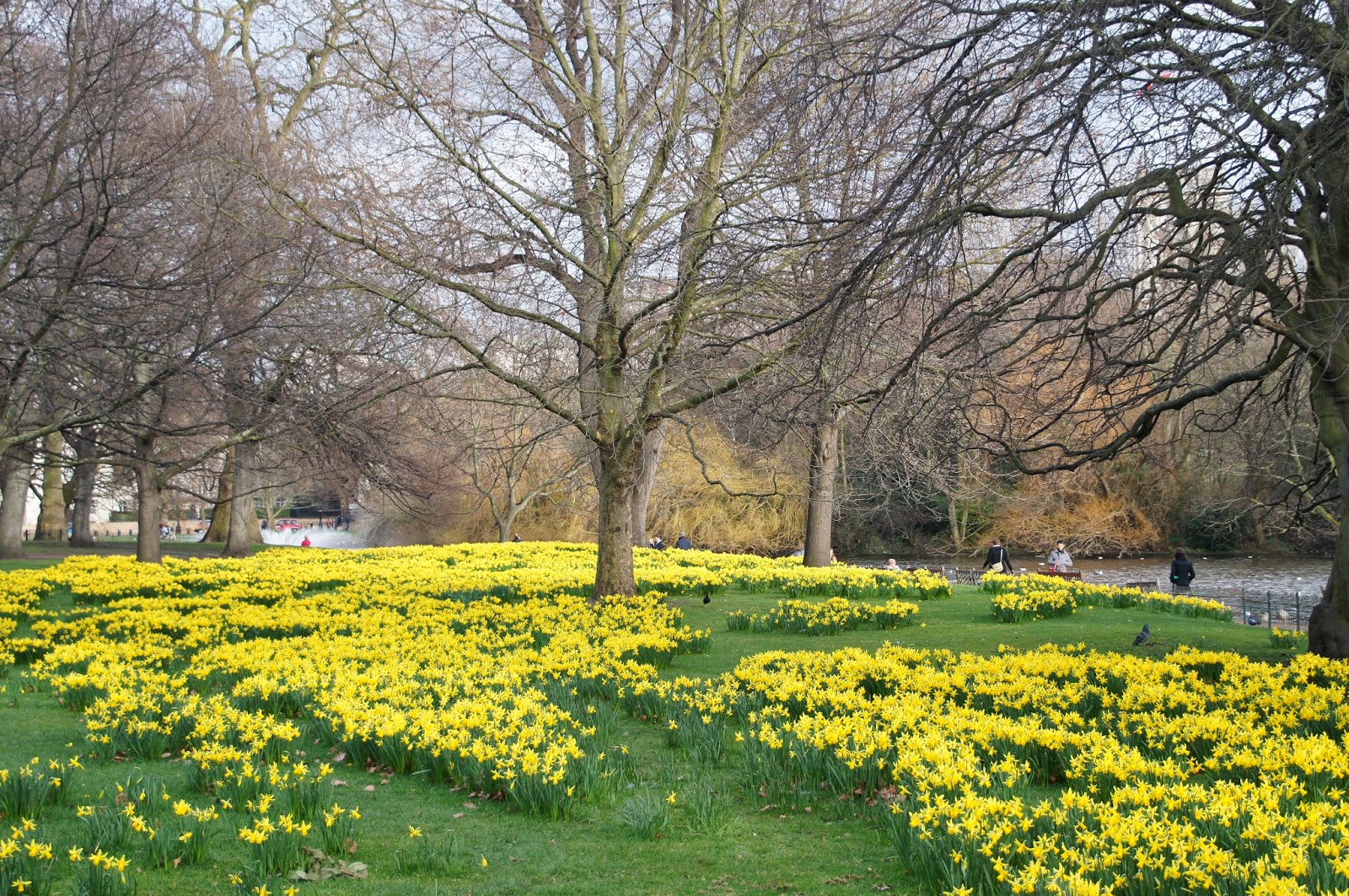 You have to admit, this is a wondrous sight. Here is a rare view of me amongst them. 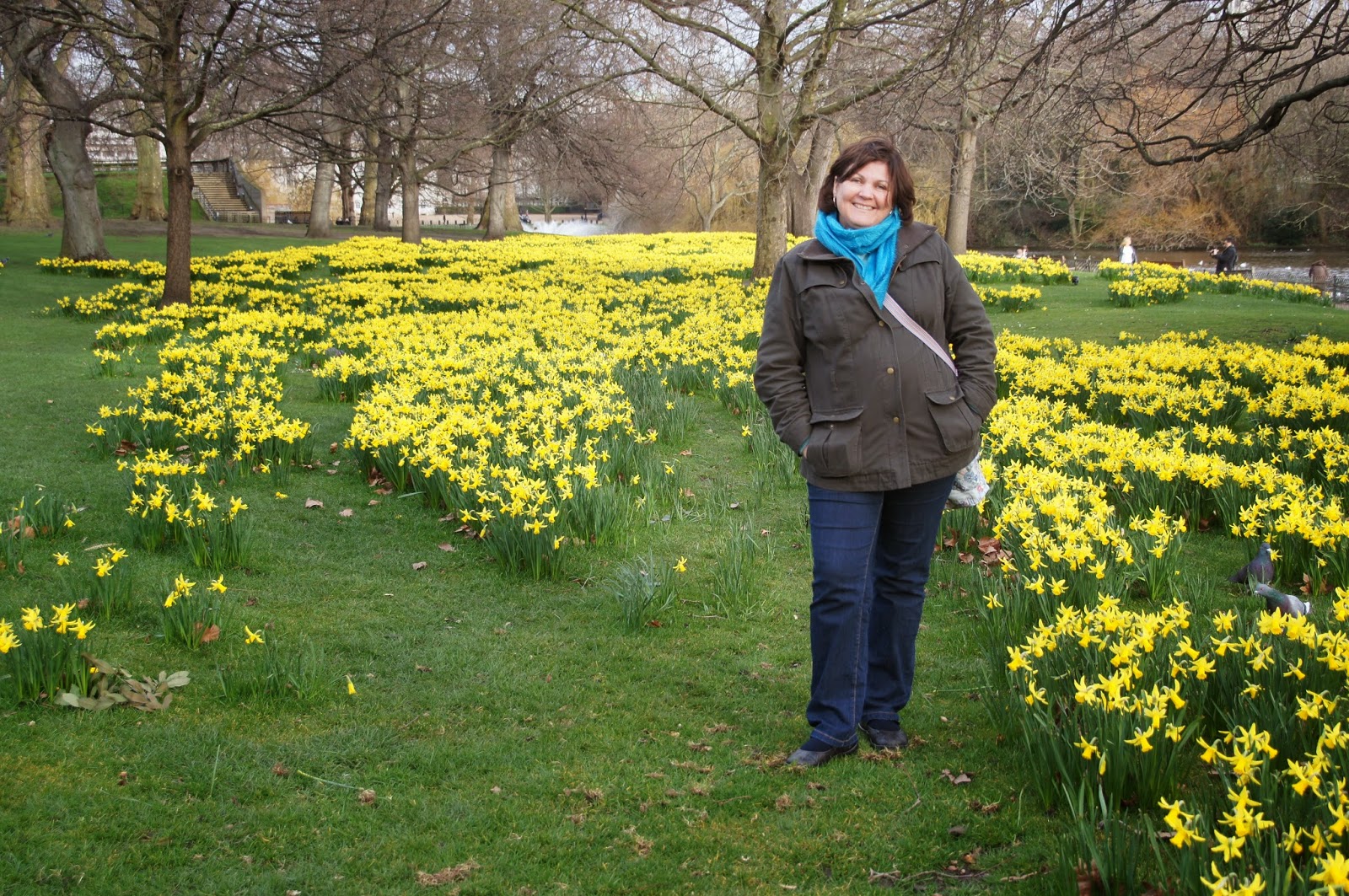 We walked through St James' Park until we spotted Buckingham Palace and then looped back around towards The Houses of Parliament and Westminster Abbey.
By this stage we realised we had walked for a good 2 hours and had to get back to our hotel as we were meeting my brother and a nephew for dinner and drinks.