Following on from yesterdays post where I ended off with a cuppa tea.....well,  since it was right next door....it seemed logical to look around the Royal Pavilion. 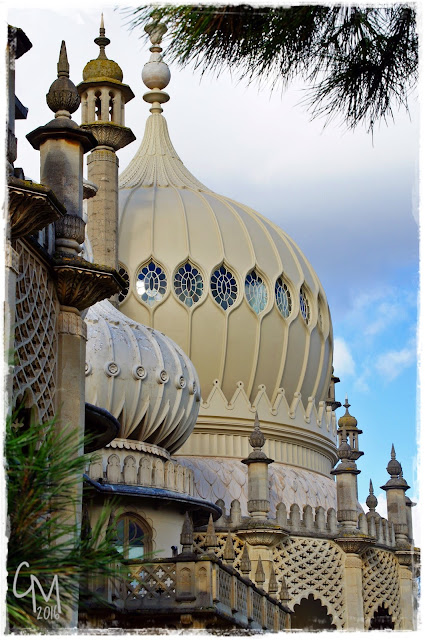 Initially, we walked through the Pavilion Gardens....at this time of year, there really isn't much growing apart from, even more, Daffodils, Crocuses & Snow Bells.....I love them but have so many photo of them already. I tried to take some snaps of a Magpie but it was scurrying around chasing things to eat making it very hard indeed. (you can view that snap and some other birds, I found on my travels, HERE). 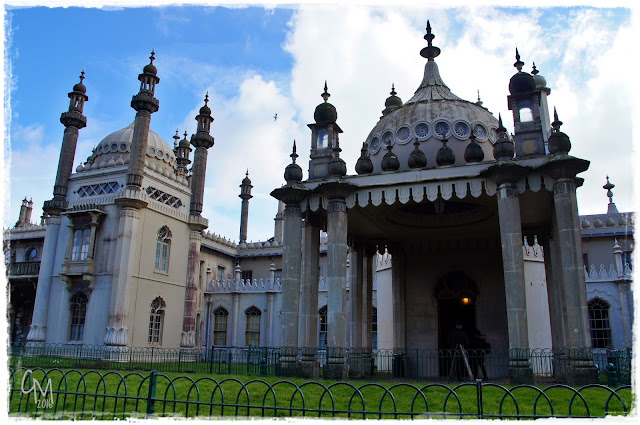 I gave Miss M the option of looking around inside but she declined so we decided to walk around to the Road frontage side for some more photo's. To get to the road meant walking past the North Gate which is also built in the same style of the Pavilion. That style is known as Indo-Islamic which is probably why looking at it always reminds me of the Taj Mahal. 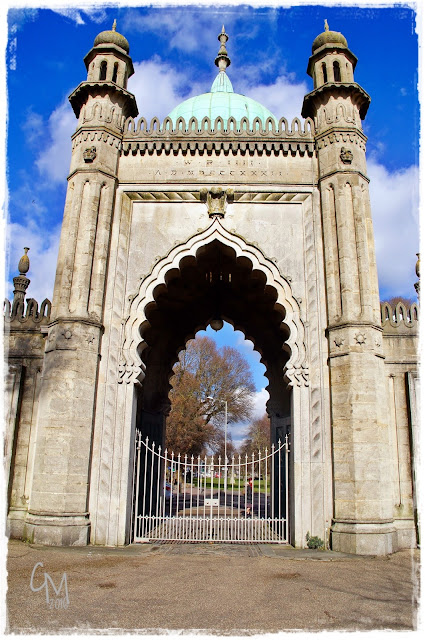 On the other side of the North Gate is a statue of King George IV, for whom the Pavilion was built. 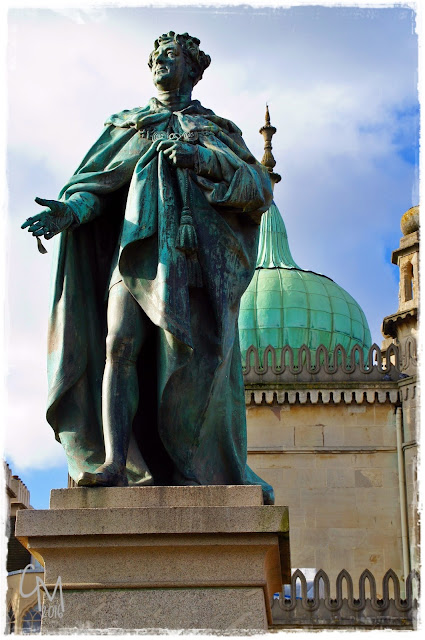 When George IV first took up residence in the Pavilion, it was quite a modest home but around 1815, he started to have it redesigned and extended into the building that stands today.  While the outside is Indo-Islamic, the inside is said to have a Chinese influence.  I have been inside....a long time ago, can't remember what it was like so cannot confirm how it is decorated. 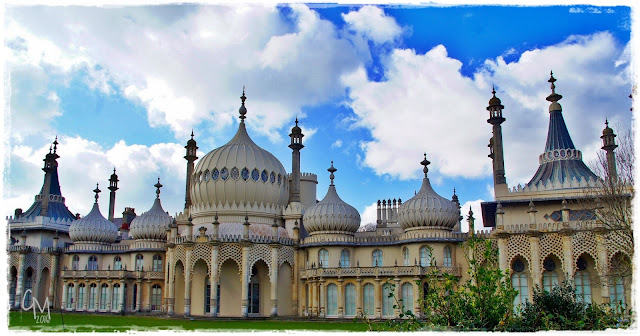 There was a temporary wire fence across the front of the Pavilion, just beyond the boundary wall.  I seem to remember it being there last time too.  It meant I had to get a bit creative and take photo's from a higher perspective or partly shielded by bushes. I was really happy with the results though. 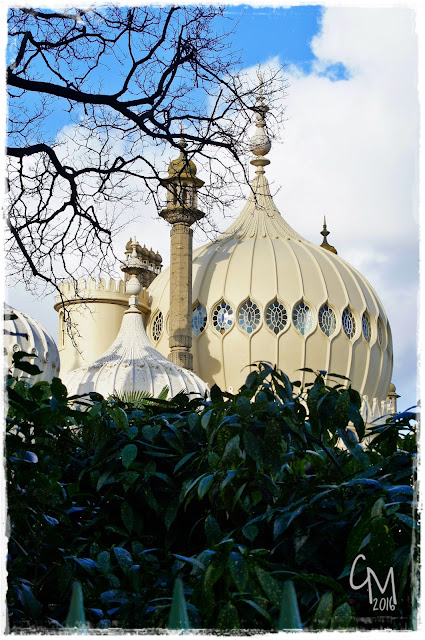 The lattice stone work is fascinating....I can't imagine how they built it....and having it last for such a long time is a credit to the workmanship. 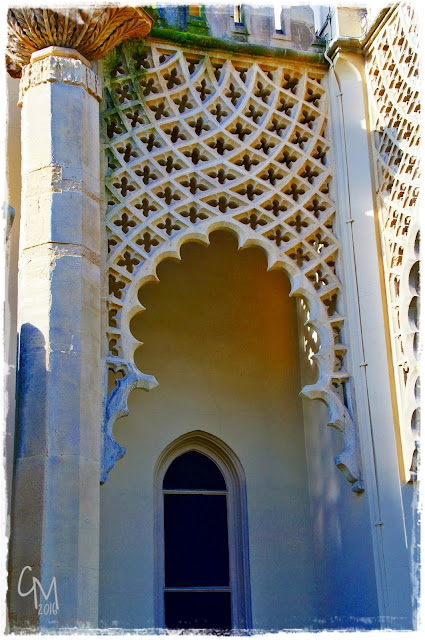 I did find some lovely Magnolias growing around the Palace and couldn't resist getting a close-up of one of the buds. 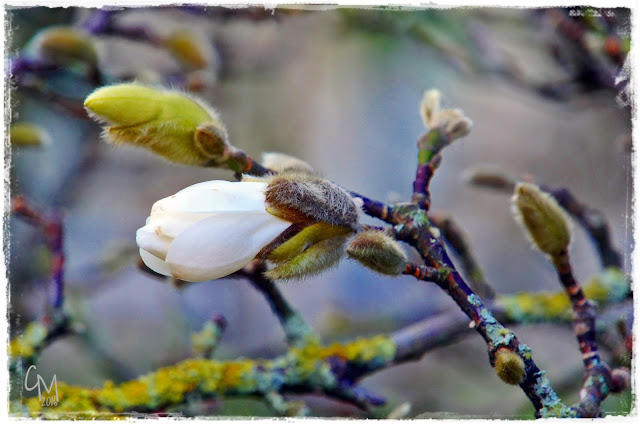 I will dedicate one more post to Brighton before moving on to explore some castles....btw, how did you go matching up those castles?