Have I mentioned that this year marks the 950th anniversary since the Battle of Hastings by William the Conqueror? That was the primary reason I thought it would be a good chance to visit East Sussex.  Until I researched 1066 Country, I had no idea that the battle was not in a field just outside Hastings, instead, it is in a small town of Battle which is about 6 miles (almost 10km's) outside of Hastings. 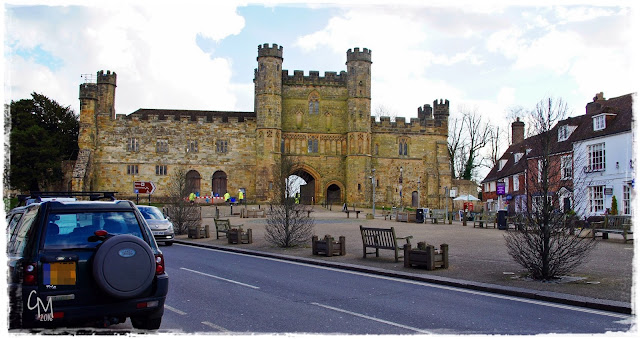 When William was victorious on the battlefield, he was requisitioned by the Pope, to build an Abbey on the site of the battle as a memorial to all the bloodshed.  It is thought that the high alter was placed on the very spot that King Harold fell. The small town of Battle grew around the Abbey and is in itself a lovely place to visit. 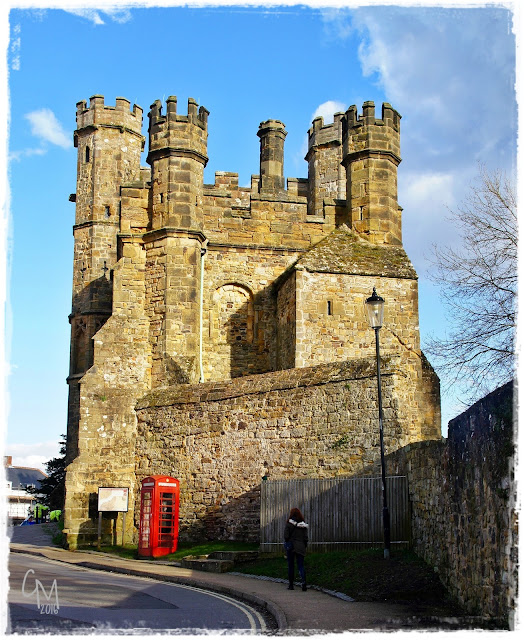 Not much is left from the original structure and the current gatehouse, that dominates the town, was built in the 14th century. The Abbey was closed while we were around but I was still determined to visit the battleground.....if possible. Our first exploration took us along the High Street while following the Abbey wall. 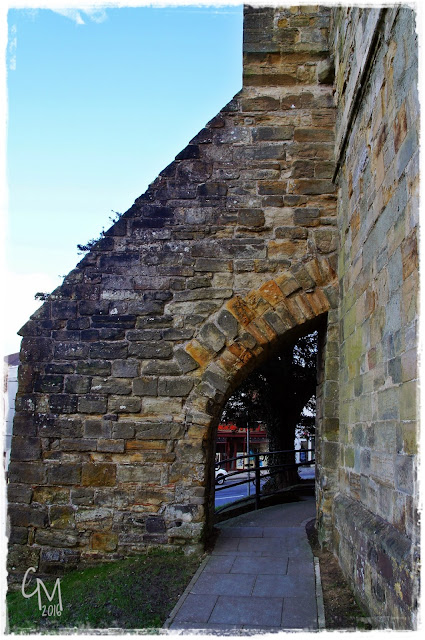 We found a town map a little further along the road just as it started to rain.  A quick look at the map showed it was quite a hike around the site of the Abbey to find the battlefield so we decided to pick another route the following morning....weather permitting! 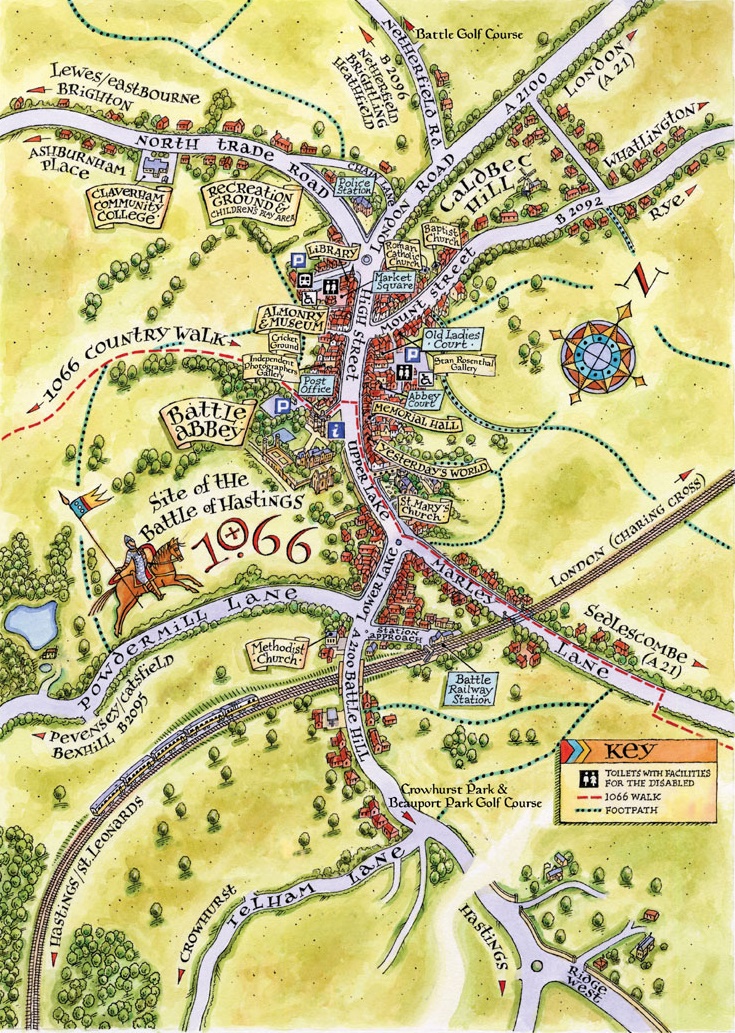 And so, after spending the night in Battle, we woke up to a very frosty morning and set out to find the Battlefield. We headed towards a cross country path that leads to Pevensey and followed the path around the Abbey grounds. 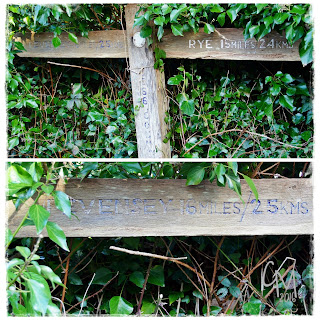 The path was very muddy and slippery and probably only suited to gum boots but since we didn't have any, we trod very carefully. The lovely scenery and crisp, fresh air made it all worthwhile. 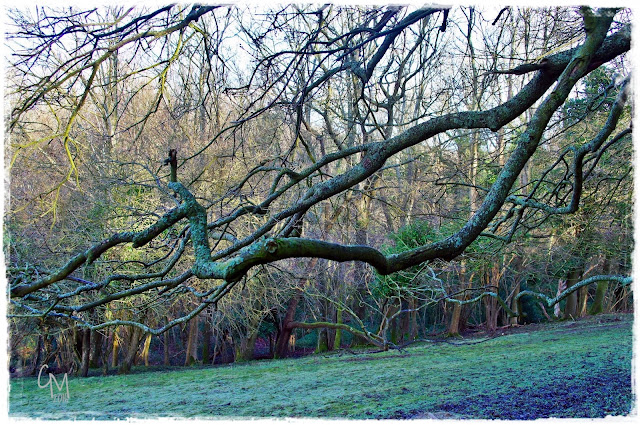 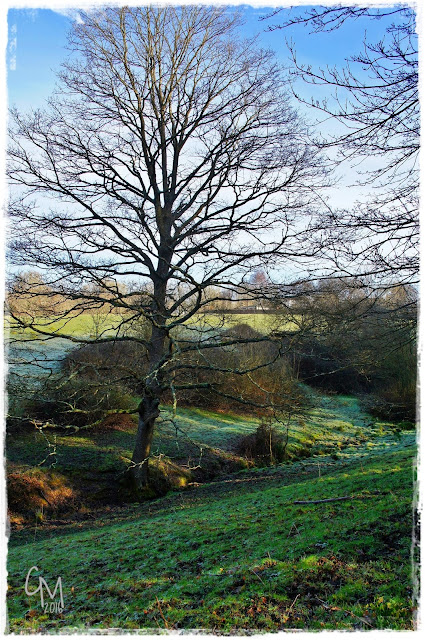 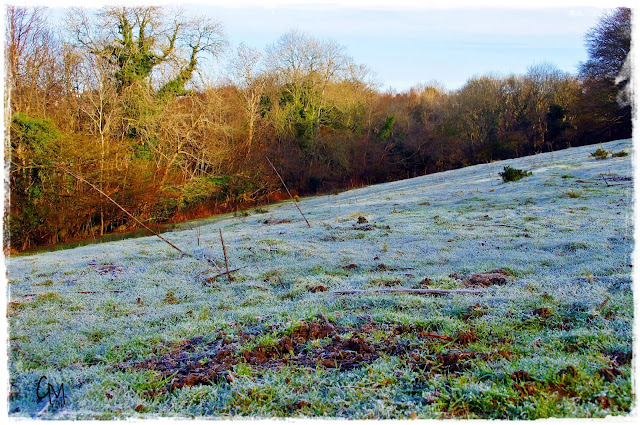 And then we came across this big open field and I estimated that we were approximately just above the knight's standard in the map above.......so this had to be the Hastings Battlefield! 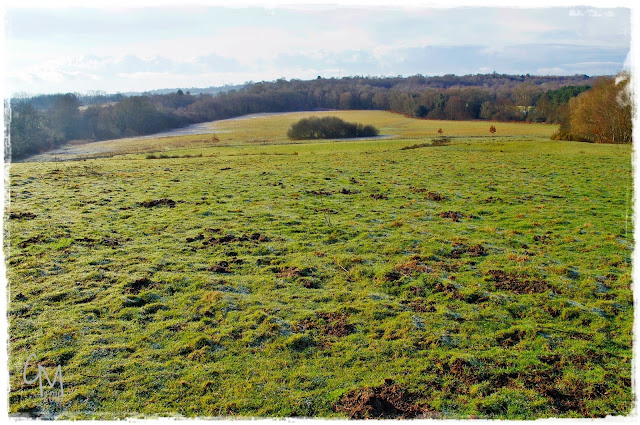 Or not!....it looks right if I compare with the map above but if I compare our movements to Google Maps, it looks like we were way off course..... 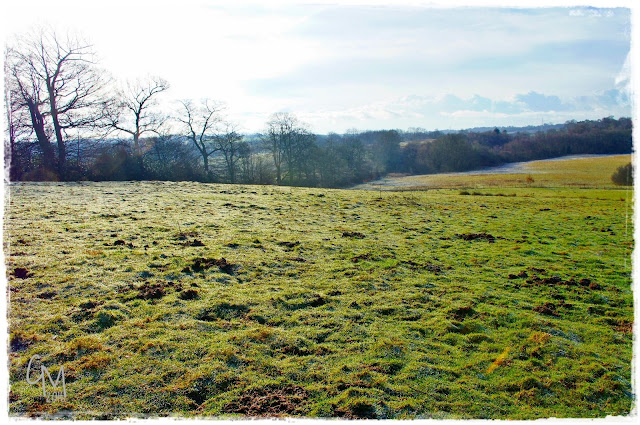 Oh well! we had a lovely country walk, took some lovely photos and all in all our stay in Battle was very enjoyable....there are some lovely shops and places to eat....we also enjoyed our stay at The George Hotel, a 300 year old former coaching Inn, right on the High Street. 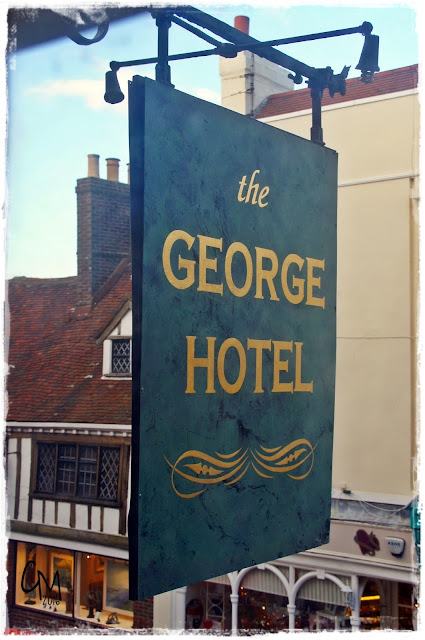 I took this photo straight out from our bedroom window.