Last night I watched "The King's Speech" on tv while crocheting a new project. I just loved it and...well...who doesn't love Colin Firth?!
One scene in the film depicts the young Princesses, Elizabeth  and Margaret, with a collection of toy ponies and it got me thinking about my recent visit to Windsor Castle. 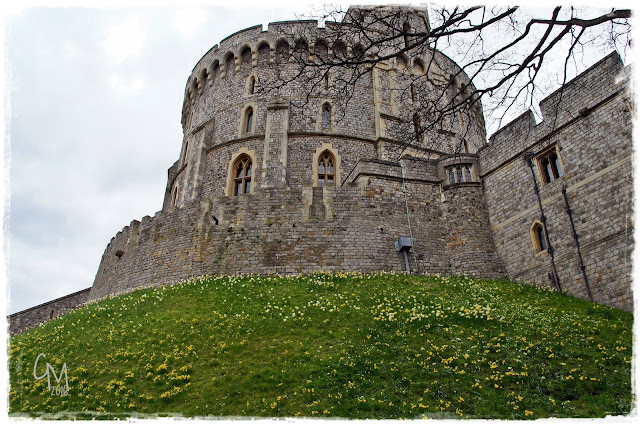 I have been lucky enough to visit Windsor Castle once or twice in my lifetime...the first time was many years ago and I may have been in my early teens. I remember viewing Queen Mary's Dolls House and being absolutely fascinated by it.  The second time I visited the castle was in August 2013 with my son Red, but we were on a time restricted bus tour and only went inside the State Rooms....which are spectacular btw!

I really wanted to see that Doll's House again so when Miss M and I were visiting London this year, I suggested we head to Windsor and take a tour through the Castle. No photography is allowed inside the castle exhibitions so I have had to borrow a few from the internet....I am also including an awesome link to a site that lets you virtually explore the Doll House for yourself.....Explore Queen Mary's Dollhouse

The Queen Mary who the Doll House was designed for is, of course, Queen Elizabeth's Grandmother and consort to King George V. The house was made for her in 1924 and since she was born in 1867, I am assuming it was for display purposes only. 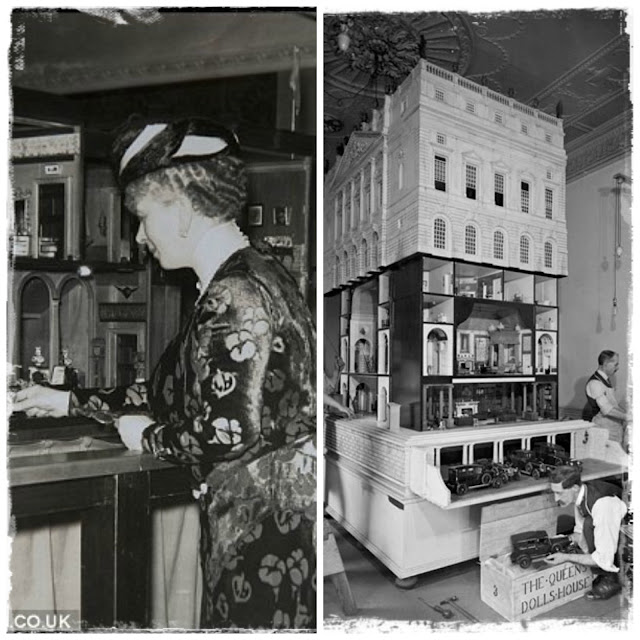 Here is what you see when you enter the exhibition....it is very dimly light so you have to adjust your eyesight before exploring.  The Dollhouse is encased in glass and you can only go one way around it and unable to go around for a second look (unless you enter again from the beginning). I so wanted to just stand and look at every little detail but, despite it being the 'slow season', there were other people waiting for their turn.  It is quite amazing and the detail is just mind blowing. 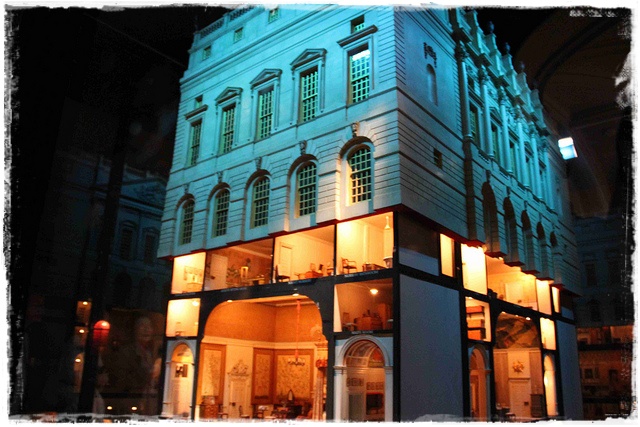 The next part of the exhibition is a beautiful pair of dolls with the most enviable  wardrobe you have ever seen. The detail in the clothes, shoes, gloves and accessories are beautifully created. The dolls belonged to the Queen and her sister, Princess Margaret when they were young girls. I wonder though...did they ever get to play with them...or where they just for display too. 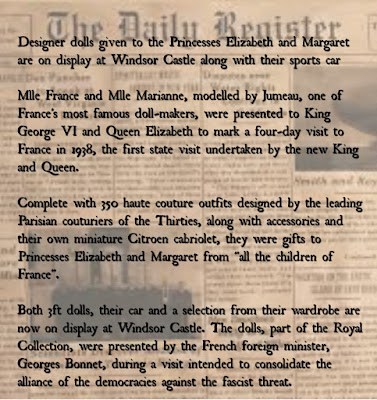 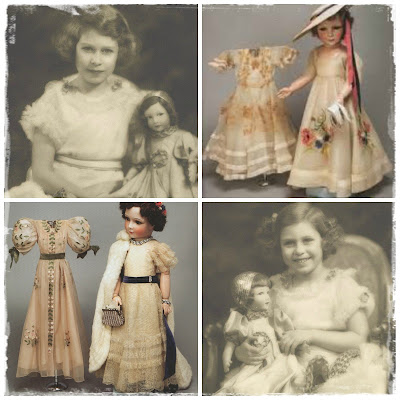 To see a more detailed blog post about these dolls, their clothes, accessories (a great photo is included of their shoes) and even a photo of the car that accompanied them.  The post is in English and it has obviously been translated (from French, I think) but it is very interesting. Click HERE 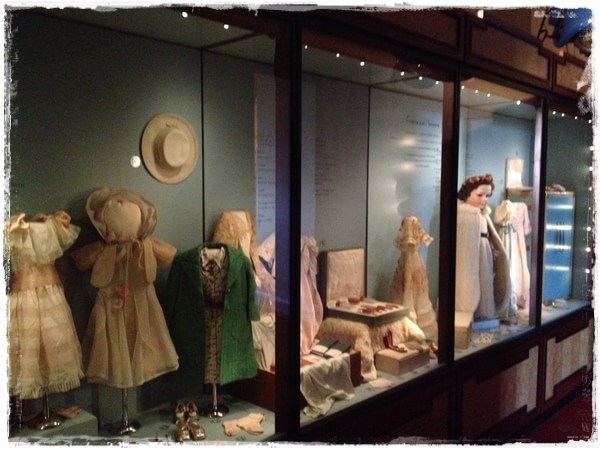 This is what the exhibition looks like at Windsor Castle....there is no credit line for who took these photo's....I guess they may not want anyone to know they disobeyed the rules.

A couple of things I learnt from the movie: a) A question which I have often wondered: Why was Prince Albert "Bertie" known as King George VI? It turns out 'Albert' was too Germanic and at the time England was on the verge of war with Germany so he took his deceased father's name...his family still called him Bertie.
Guy Pearce does a really good job at putting on an upper crust English Accent...a few times I had to wonder if it really was him!