Did you miss me?

I have almost been back a week from my trip to the UK and I have managed my jet lag quite well, me thinks! Back into a normal sleeping pattern before the week was half way through. I haven't had a chance to blog up until now as there has been so much to catch up with. I had to work the first two days I was back in Oz, the next two days were taken up with sewing classes. Yesterday I had a hair appointment and today I have been tackling my email inbox......hundreds of spam emails that need to be deleted....it has taken me all morning to sift through what was important, what I wanted to look at later and what could be deleted immediately.

Miss M and I had a really lovely time over in the UK and I hope to bring you a little look into what we saw while we were away.

Our first week was spent in London and one of the first places we found ourselves was in Regents Park ..... which isn't far from where we like to stay while in London. Of course it all looked so different from when I was there last August and in the throes of Summer.  Now, barely a leaf to be seen on the trees 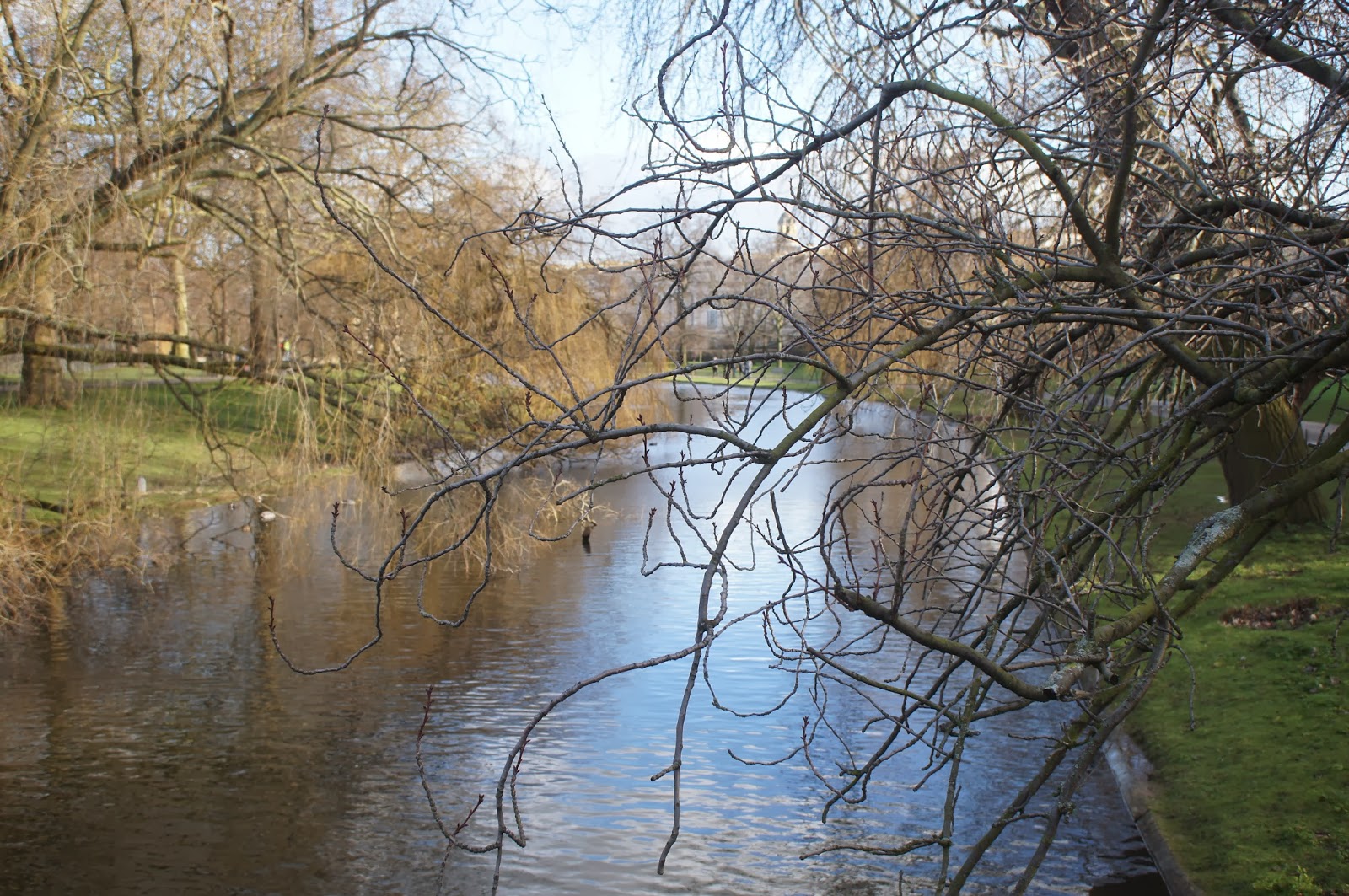 but the grounds were covered in carpets of flowers.....first we came across crocuses 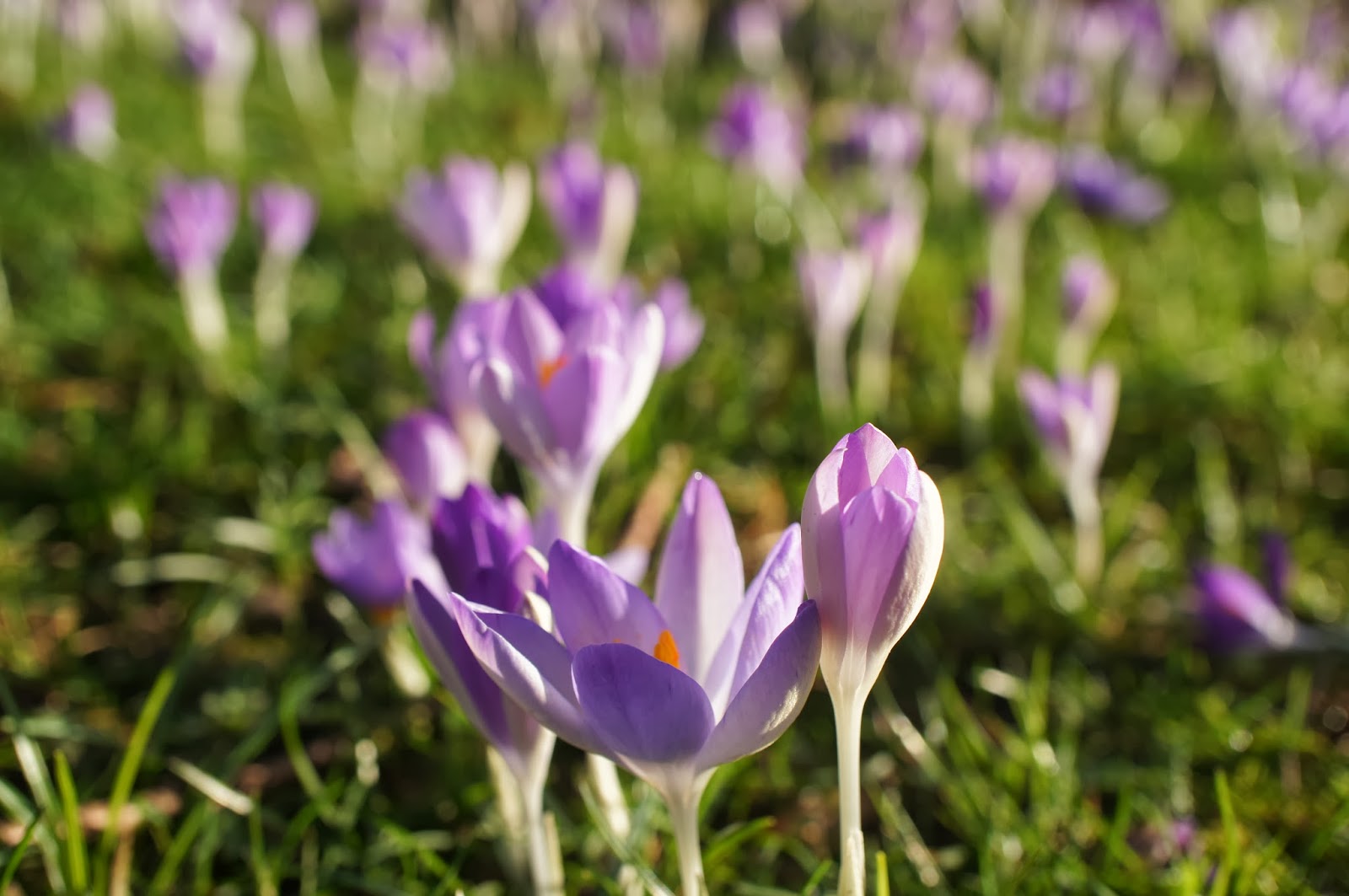 and then these pretty white snowdrops 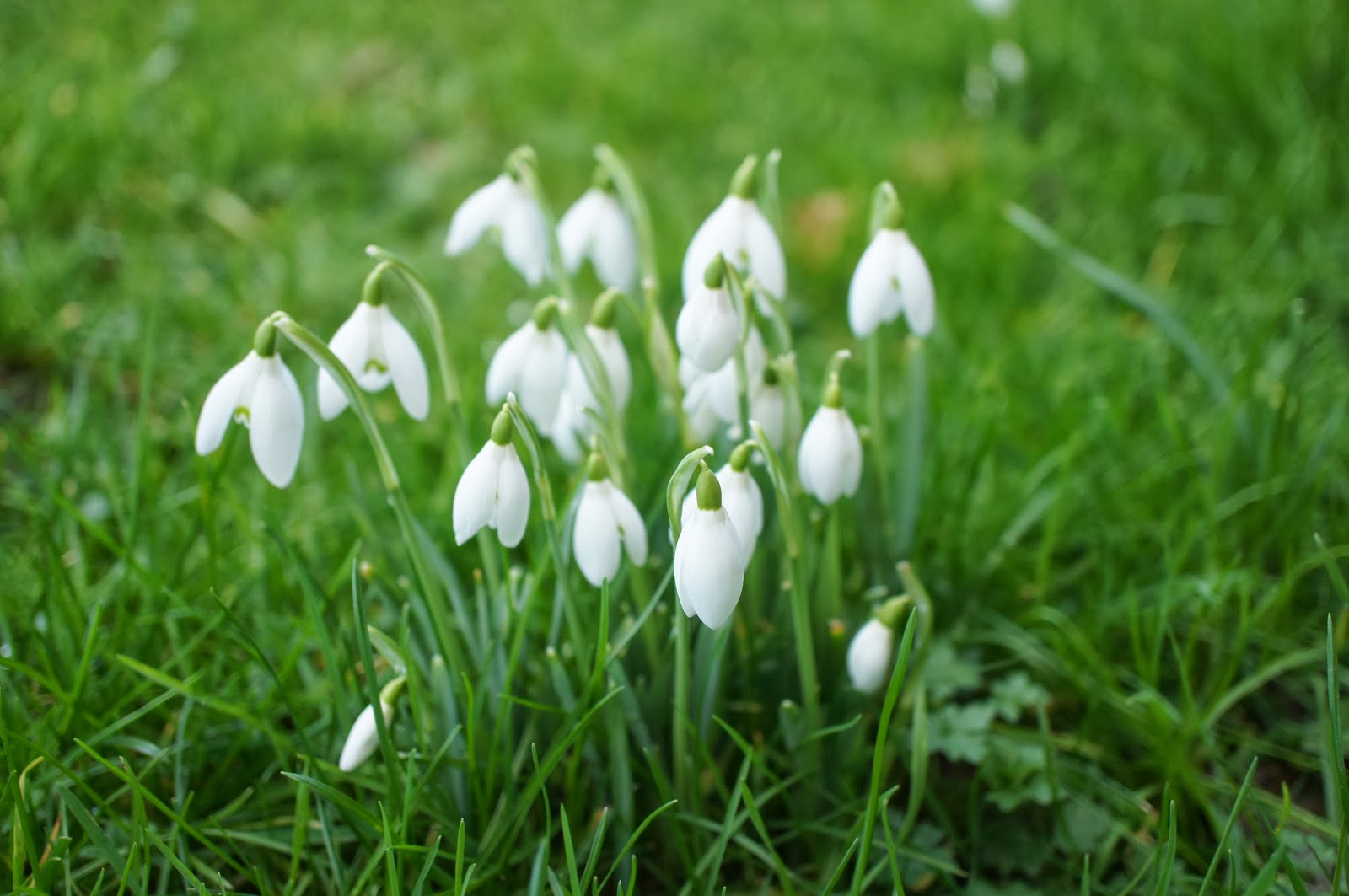 how about some daffodils? (I have always loved Daffodils because it reminds me of my grandad who always had them in his garden) I kept an eye open for the daffodils but they were not in bloom yet and all I found were these shoots sprouting everywhere. 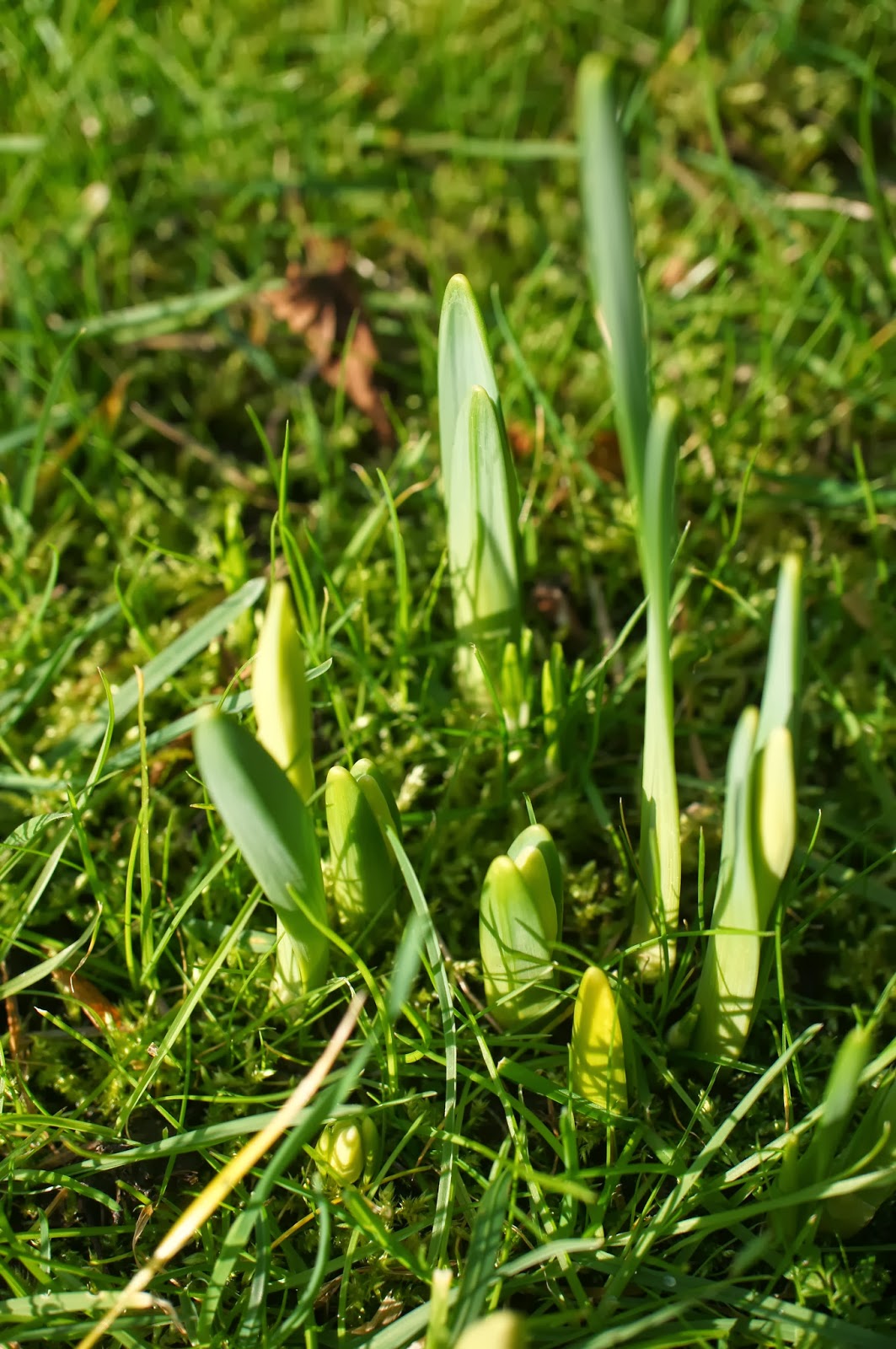 Of course, Queen Mary's Rose Garden which gave me loads of photographic delights last time were at the end of their flowering season although I did find one or two lone survivors still looking pretty for the camera. 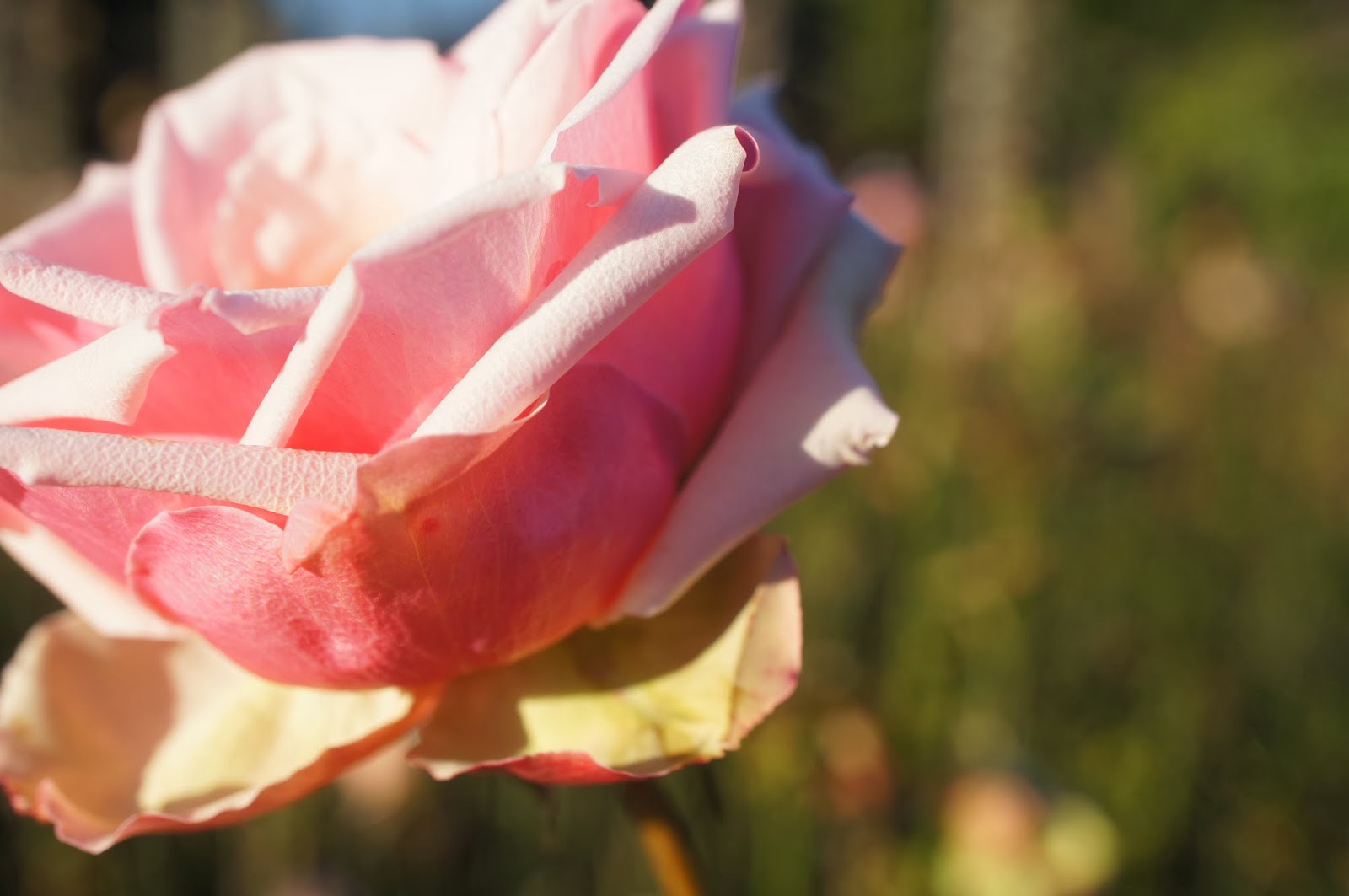 We stood watching this little guy interact with some other tourists for awhile......climbing up their legs (much to their surprise! ), hoping to encourage them to feed him 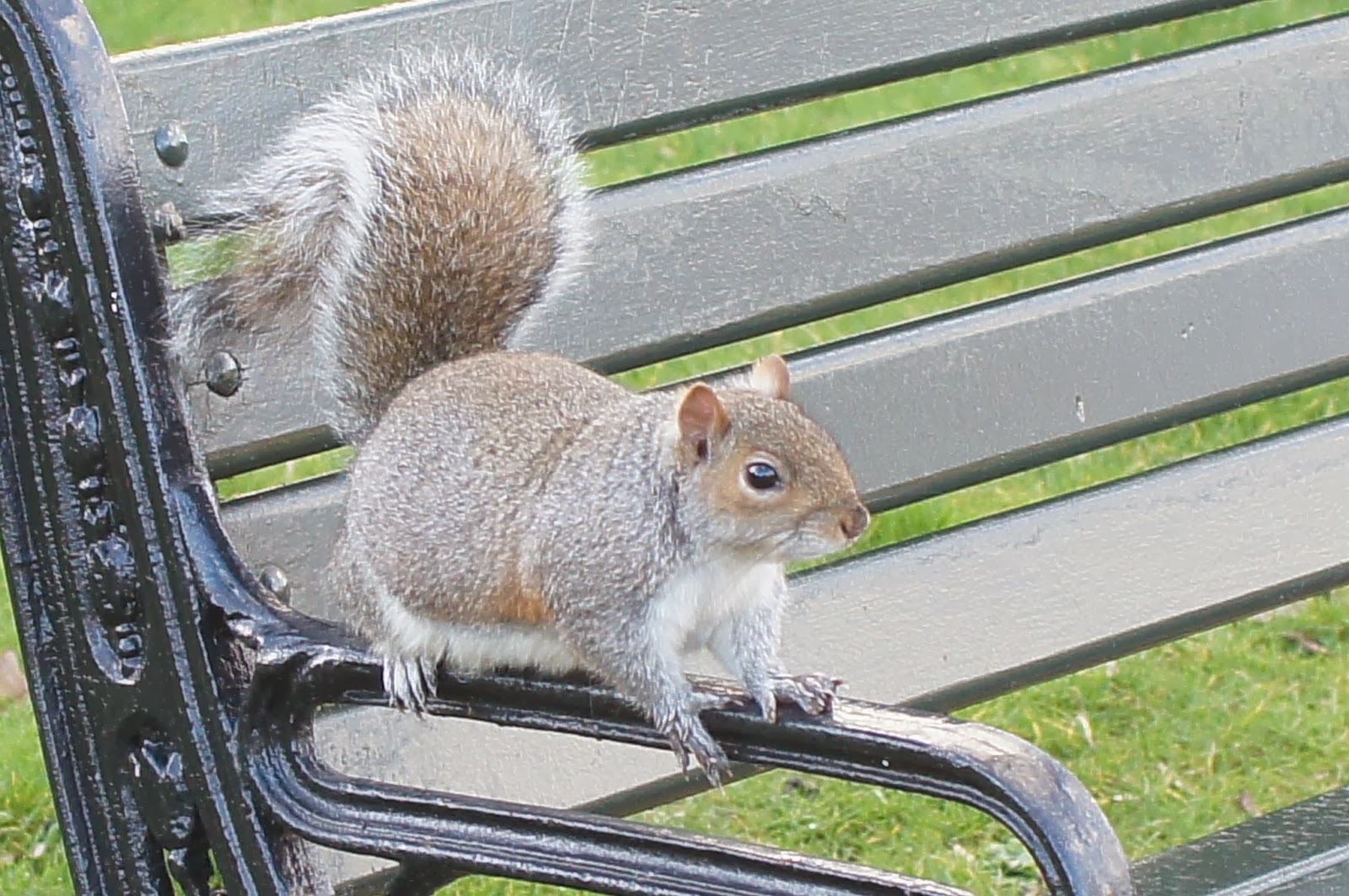 Time for us to leave before he thinks we are another source of food.  This next photo gives you some perspective of just how big these gardens really are......this avenue seems to go on forever. 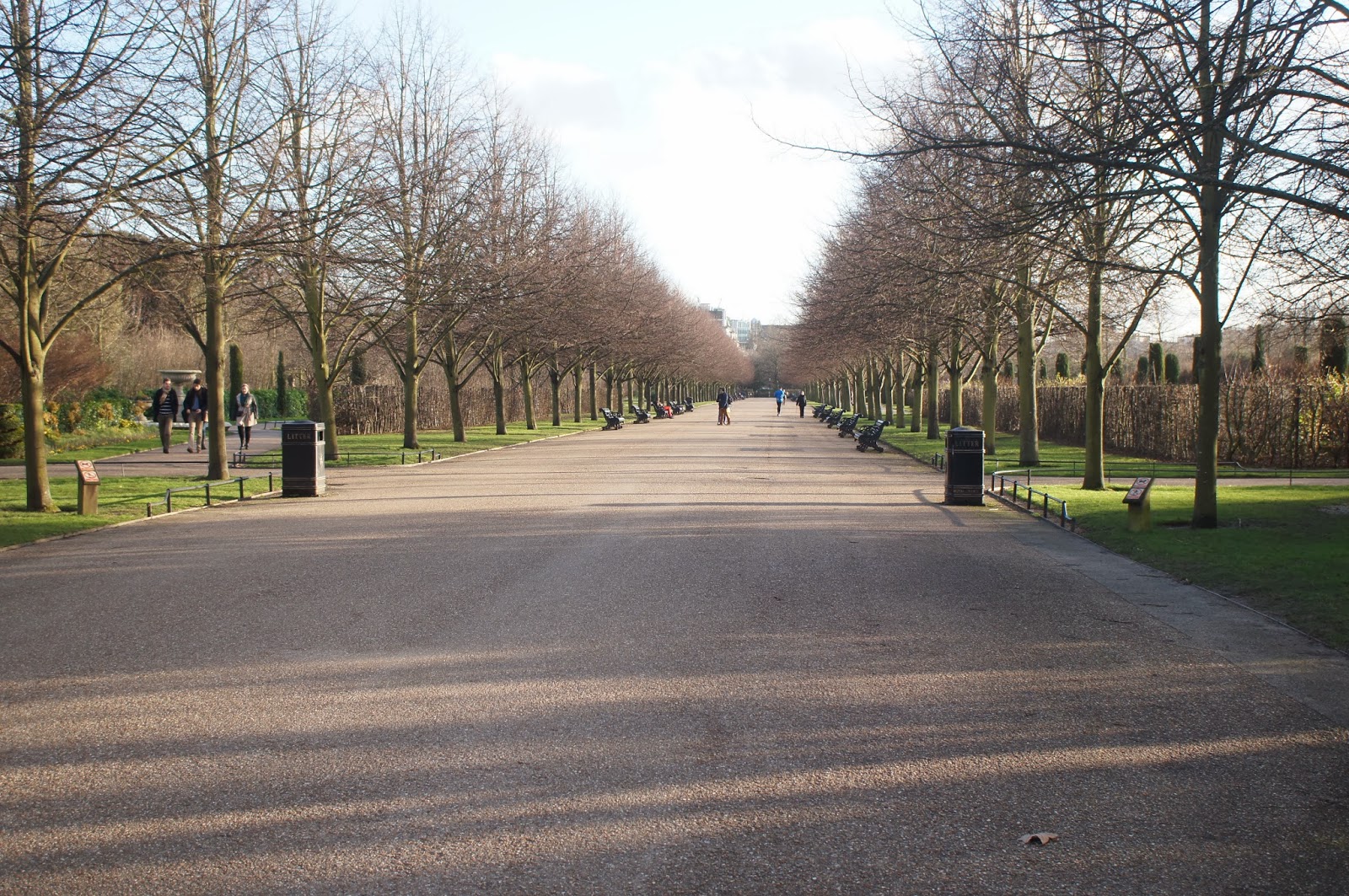 Because it is not that far away, Miss M and I also found ourselves at Madame Tussauds on this day.  You may recall that I tried to visit before but the queues were so long that I gave up. We met lots of famous people!! My favourite was Colin Firth. These are life like wax figures so I was quite astonished as to how tall he must really be. 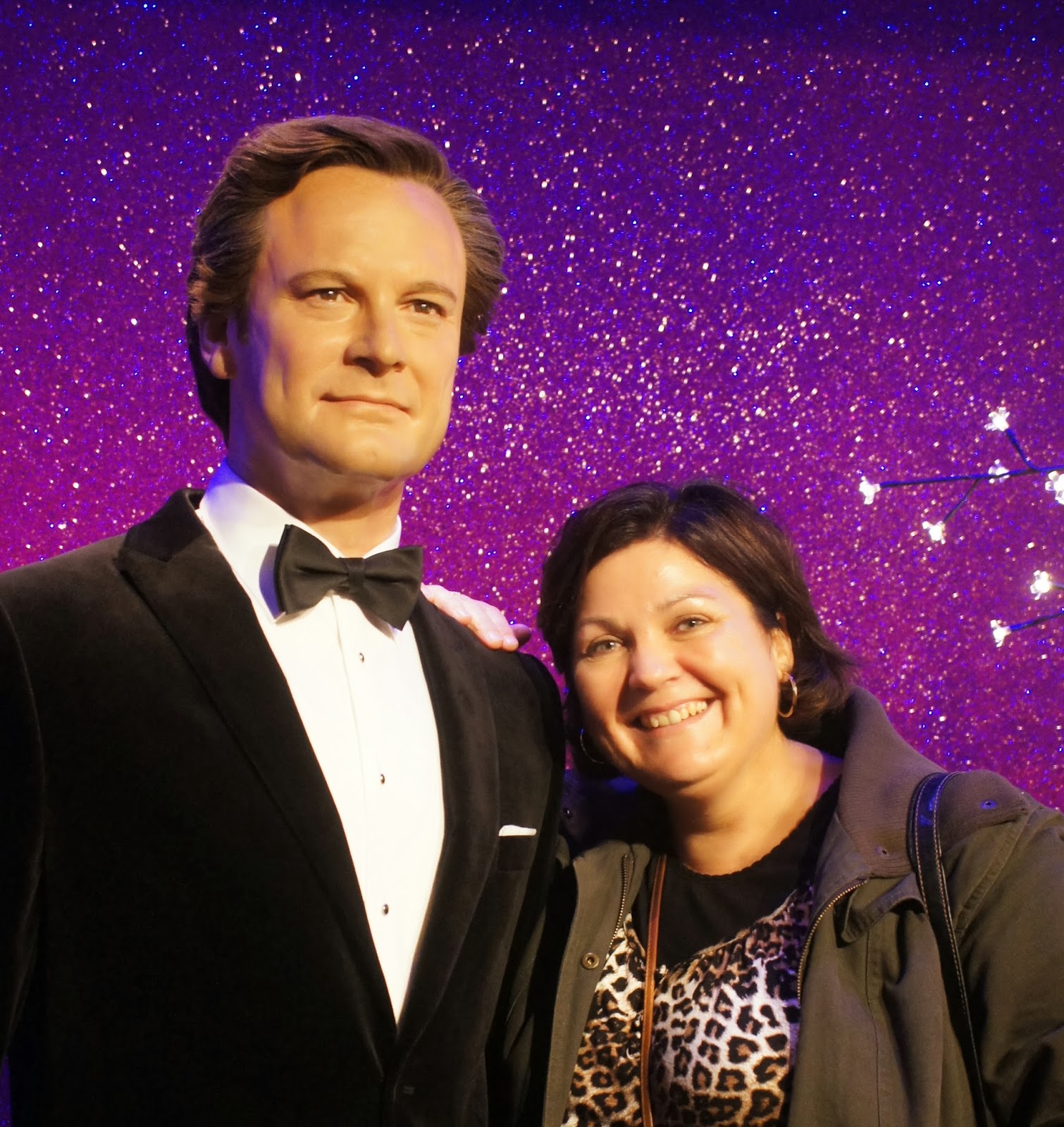 for over an hour we rubbed shoulders with movie stars, royalty, politicians and mucians including a younger version of The Beatles... 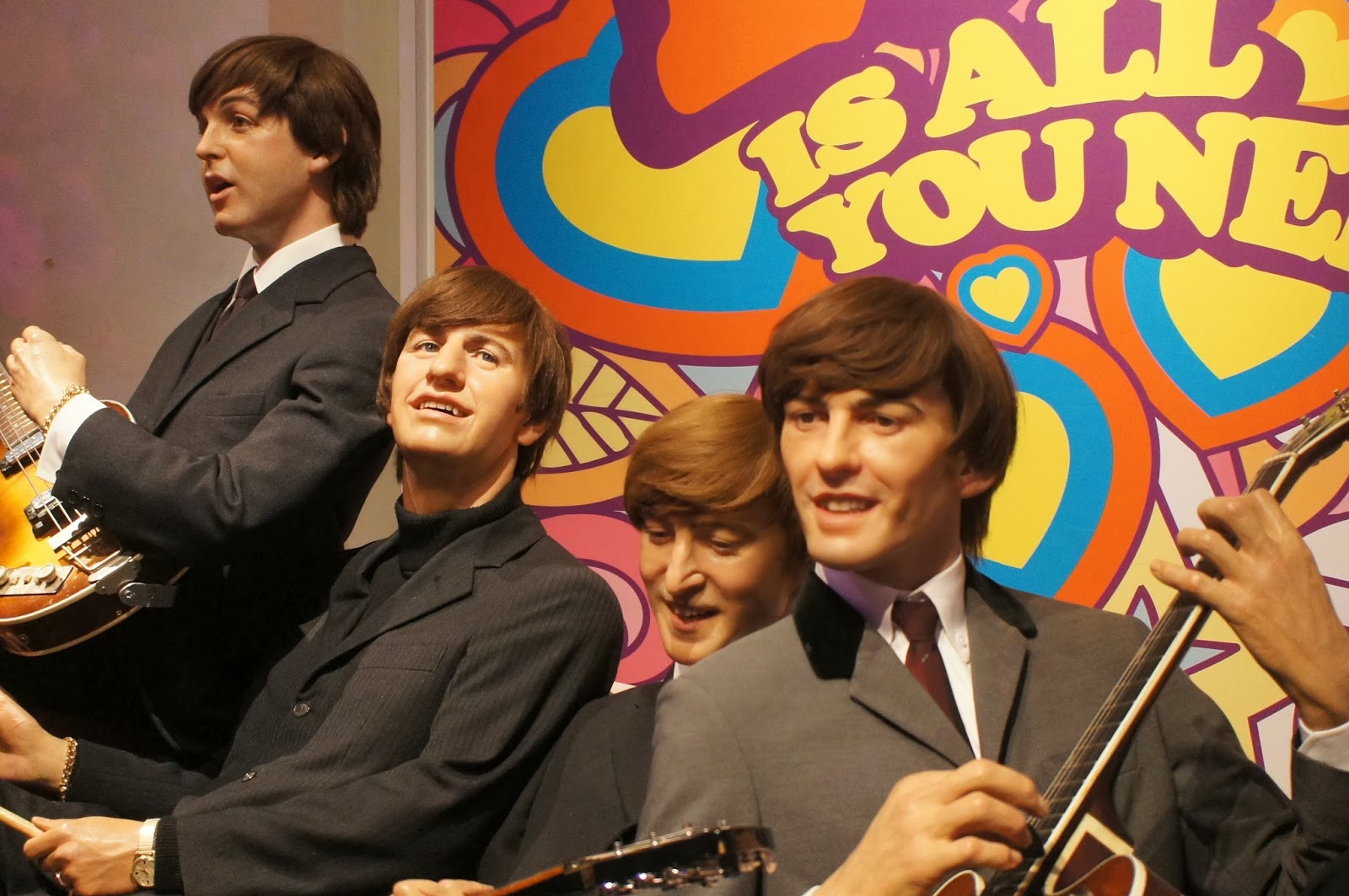 Now I must end here as I must do some prep work for my March calendar and quite a number of hours have passed since I decided to do that!