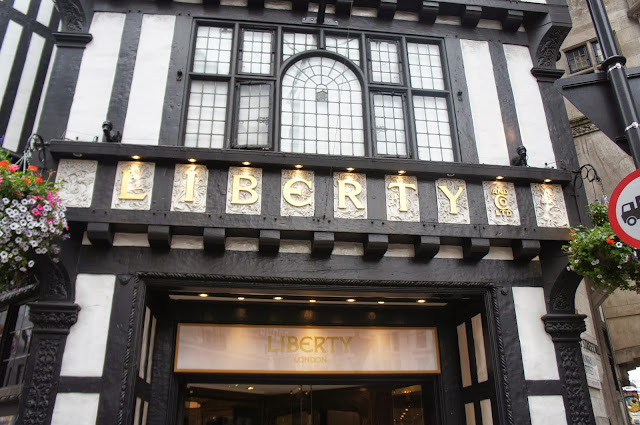 Nowhere confuses me more than Oxford Street even though I usually have an excellent sense of direction. Getting off the tube on the Oxford street corner, I had no idea which way to go to get to Liberty even though I had a map in my hand. Setting off in what I thought was the right direction I spotted one of those street maps on a lamppost (or something like that) and decided to have another look. Fortunately! I was just about to head off the wrong way. Quick U turn and one block down, there it was! The most beautiful building that is Liberty of London. 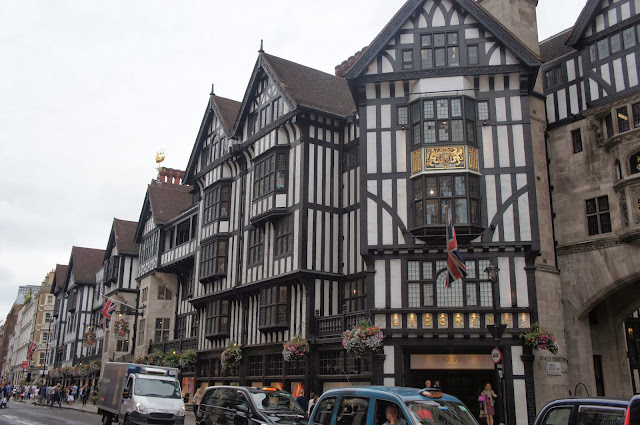 Liberty was originally opened in Regent Street, off Oxford Street,  in 1875. In the 1920's the current Tudor style building was built from the timber of two ships.  It is a gorgeous building inside and out.
Even though there was some absolutely gorgeous goodies here, most of them were too expensive for me so I took the stairs to the third floor to find the haberdashery department. I was quite keen to find some of those famous Liberty Fabrics for my stash. I was very tempted to buy some cross stitch designs and some other little haberdashery items but the prices were a little over the top so in the end I just bought 10 skinny eighths which cost me 50 Pounds which I thought was horrendous and even more when I saw the conversion on my return home.......$82!!! oh my! But look at the lovely little bag I got to carry home.
And here is what was inside.

And there you have it a visit to Kensington Garden and Liberty in one day and I ended up having a very decadent late lunch just around the corner from here through the archway under the clock and down the lane to the pub next door. 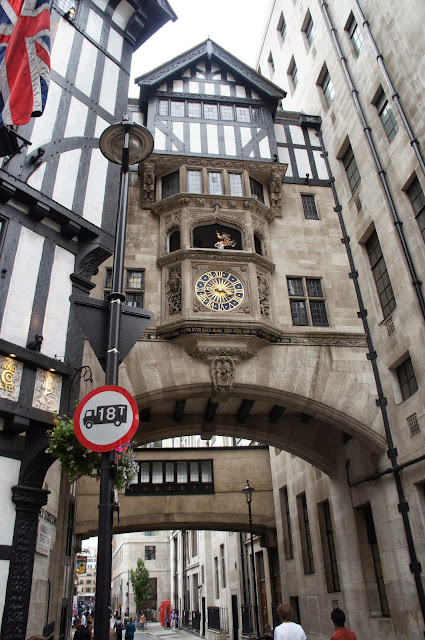