Last stop for this years Quilters Trail was Pleasure Sew at Capalaba (say it like this: Ca-pal-a-bah) 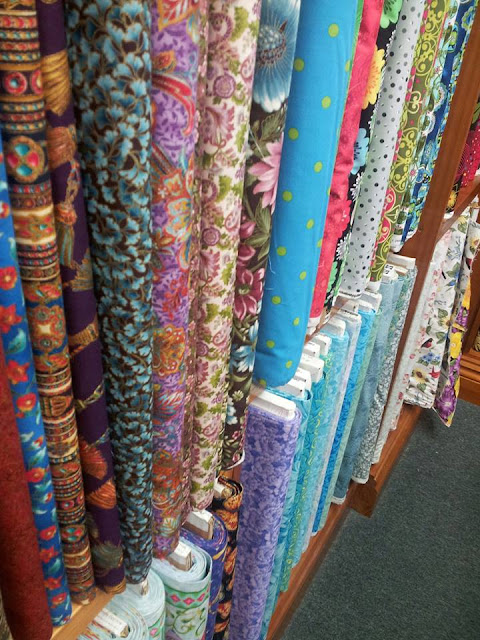 This was another first time shop for me and as you can see in the photo above there were lots of lovely fabrics. The shelves were bursting with bolts to the point where the floor was also covered in plastic crates filled with fabrics.....in every shade imaginable.  I picked up a couple of bolts of fabric but decided not to get anymore fabric and instead I picked up a "much talked about" quick unpick, a new water soluble blue pen and some pretty buttons (will show these items on my fb page - see link in side bar).  If you read my post yesterday, you are possibly feeling a little let down about now because I promised you something BIG!!! and let's face it, a much-talked-about quick unpick is not BIG.

While I was waiting to pay for my minimal purchases, I saw a man just within my peripheral vision but took no notice of him until the lady next to me asked him a question. When I heard his voice, I suddenly realised who it was.  I have spoken to Greg on numerous occassions over the last year about  quilting machines.  Oh, it suddenly became quite clear which shop I was in.  I have been meaning to visit for quite awhile as I am really interested in buying a HQ Sweet 16 Quilting Machine.  Hubby has given me the money to buy one but I have just not found the courage to go out and buy it (such a lot of money to buy something without proper research). Greg showed me around the show room next to the fabric shop and made an offer that I just couldn't refuse.  Before I knew it I was swiping my credit card and I am now the VERY PROUD owner of a HQ18 with quilting frame (thats right, I upgraded) which he will be installing for me a week on Tuesday.

Now is that BIG or what! If there was a prize for spending the most money on a Quilters Trail, I would definitely have won that.  I was certainly the talk of the bus and everyone was very excited for me. Before I got off the bus at the end of the trip, Claudia, from Quiltessentials, already knew of my purchase!! 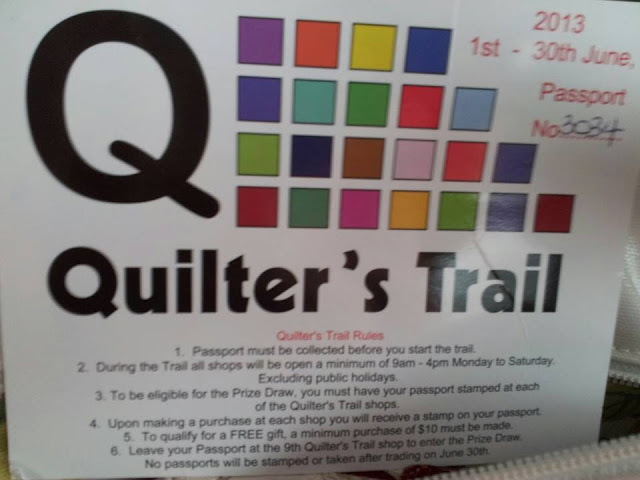 So that was the 10th Anniversary of the Quilters Trail.  All that is left to do is fill in my contact details on my stamped passport at put it in the raffle box.  At the end of the month there will be several passports drawn out of the raffle boxes (from all the shops) and great prizes to be won. It has been tremendous fun and I have met some lovely like minded people along the way.

PS....We had some raffles on the bus too and I won a little packet of  5x10in batik squares and also scored a little stitchery that one of my friends initially won but she doesn't stitch so she gave it to me.  Lucky much??! 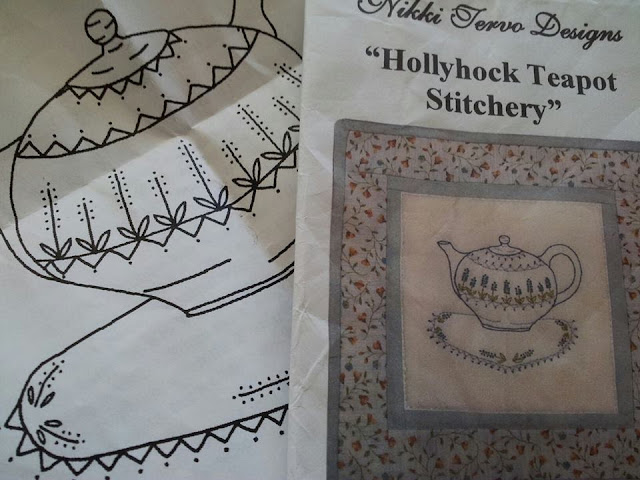 Can't wait for NEXT YEAR!!