Putting my new space to use.

Now that the creation station is looking and feeling more usable, I thought it was about time I finished some more flimsies. 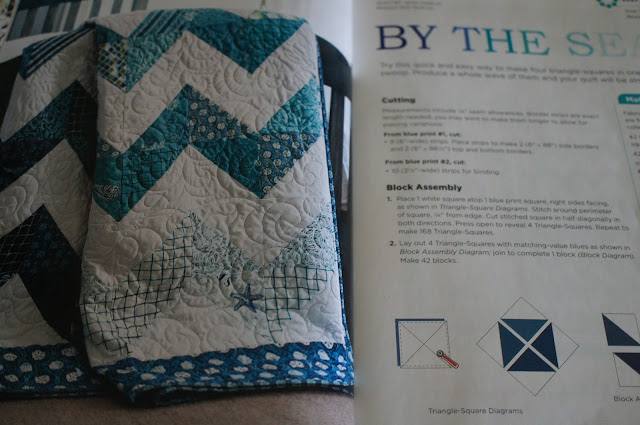 Do you recall the Chevron quilt that I was so excited to put together? that was back in March sometime! and I had only sewn about 4 squares to create 16 hst's. 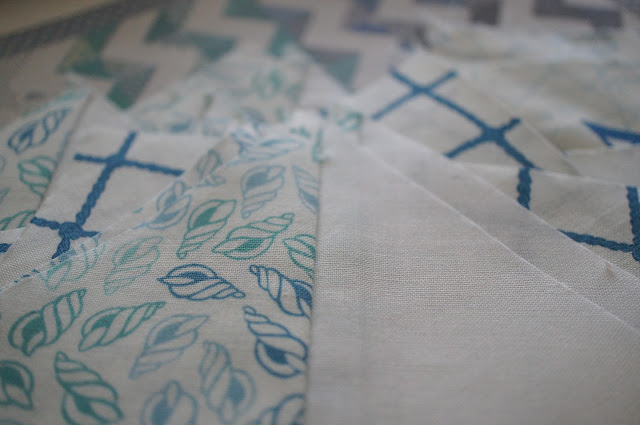 Yesterday was such a dull day here and threatened to rain and then did rain so I got out my Chevron UFO and got sewing. Well, I tried to, but, after two blocks, the thread snagged and I broke a needle. I spent half an hour taking everything down to the needle plate and bobbin case to pieces several times and two broken needles later (one of them didn't even sew a stitch) and I was cruising along nicely. 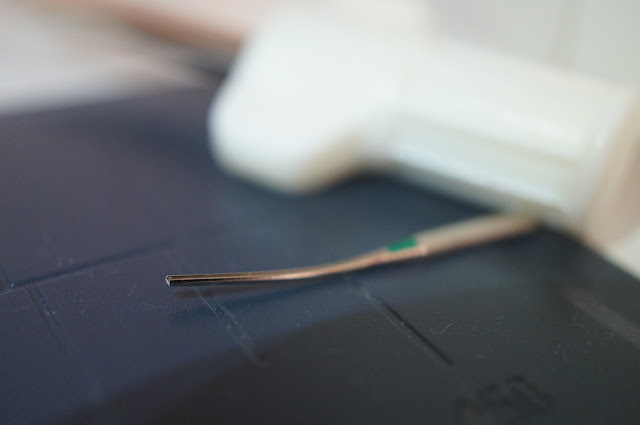 Have you used this technique before?  sew two even sized squares together on all four sides, right sides facing and then cut through on opposite diagonals. 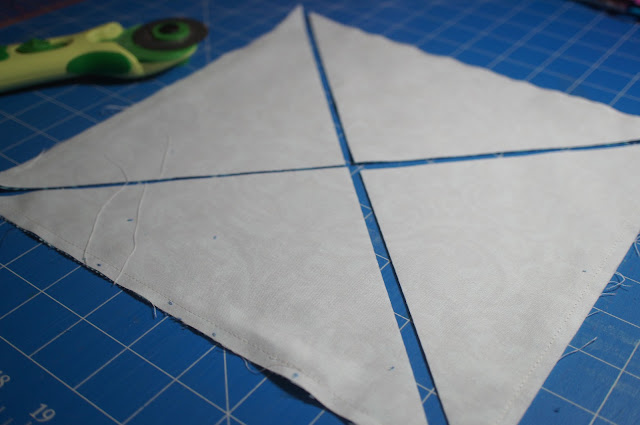 then open out the four triangles, press and you end up with 4 hst's 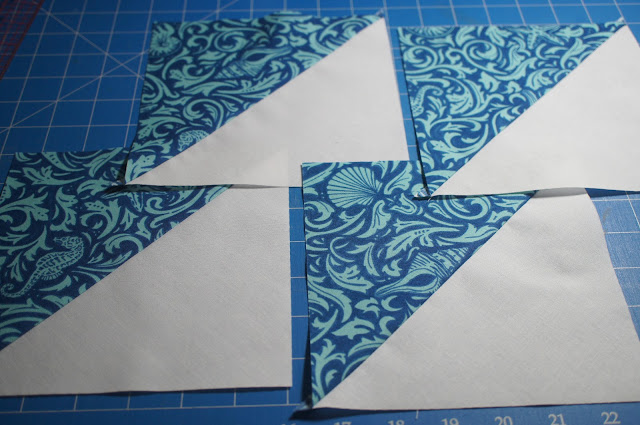 It is a very quick and easy method but you have to be careful when sewing theses hsq's together as the edges are now on the bias and stretch easily. 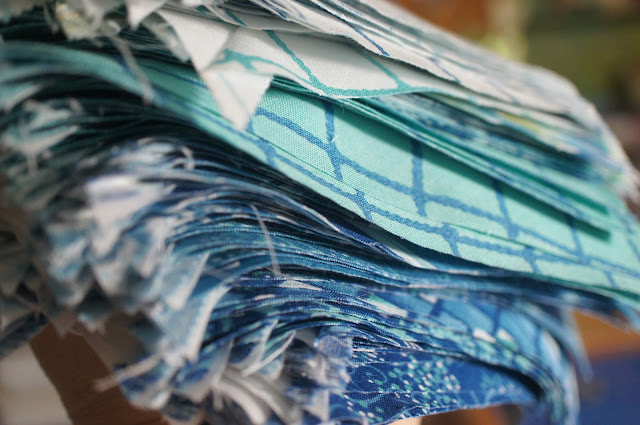 Here they are, 42 x 4 hsq's in (almost) one afternoon. A little trim to get rid of the dog ears and then onto the rows.

I will be working on these rows over the next week.