Thursday was the day to open our Santa Sacks and I showed you what I got from Noela but for those of you not following Noela's blog, I thought I would show you what I sent to her. I didn't photograph everything so if you want to see it all, head over to Noela's Quilty bits from the Blue Room

You most likely already spotted the Santa Sack filled with presents from another post. I had no pattern for this, just told Miss M what I needed and she used a dinner plate for the base and put it together with a little know-how from me as I was using the other sewing machine next to her. I am so lucky to have such a clever little elf like Miss M. 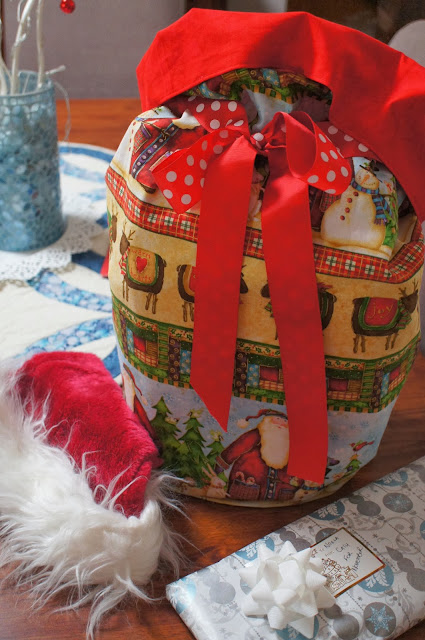 I bet you're all dying to know what was inside the sack!  Ta-da! 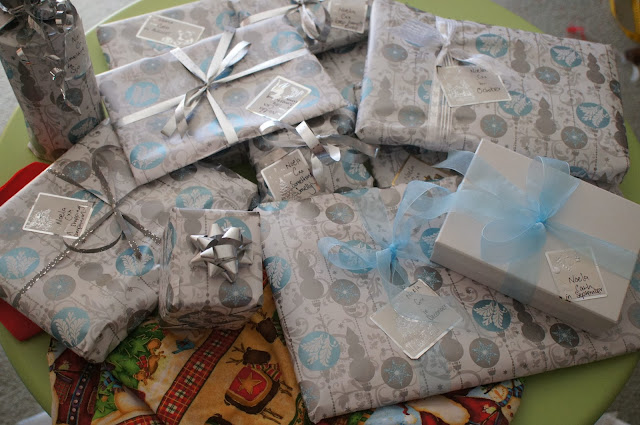 Firstly, you may remember that I was away in August and took awhile to get back into the swing of things around here. Because of this, I decided to make something non-sewing and sent Noela a framed picture of one of my manipulated original photos. Maybe you can see that it appears to be a watercolour. I also sent the *shopping bag shown here. 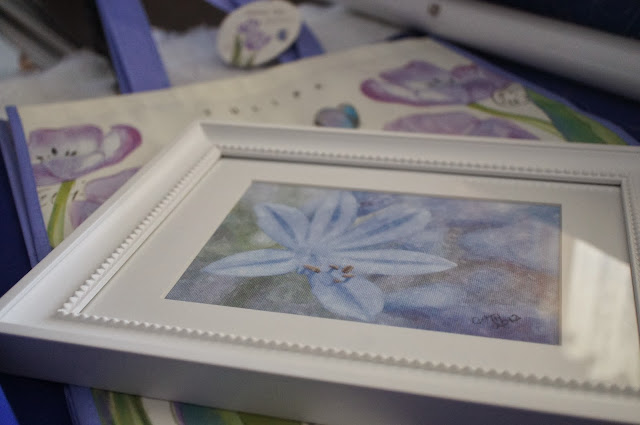 Then I got some of my mojo back and got to work. I made these coasters and decided to make a table topper to go with them 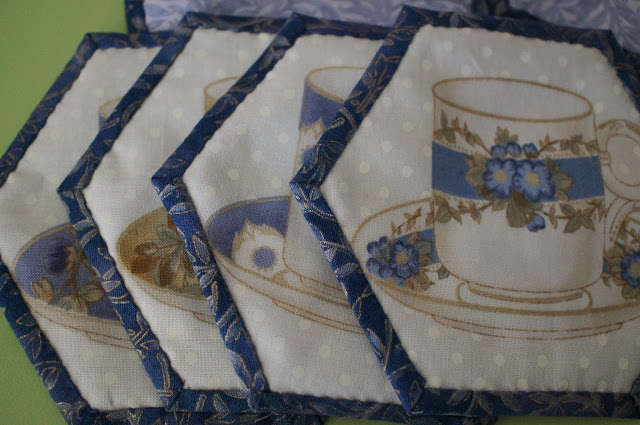 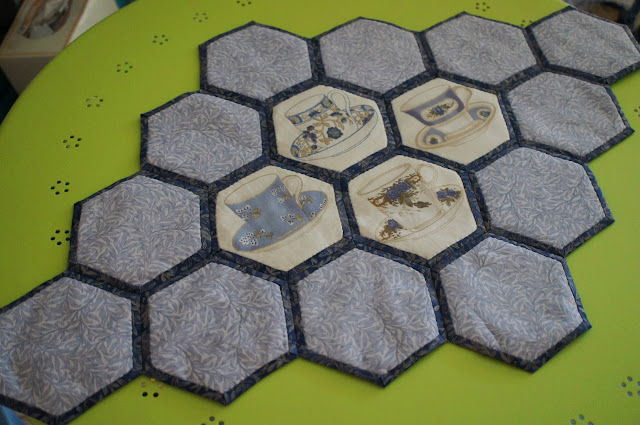 I packaged some *tea and *biscuits for Noela to enjoy with this gift. (not photographed) 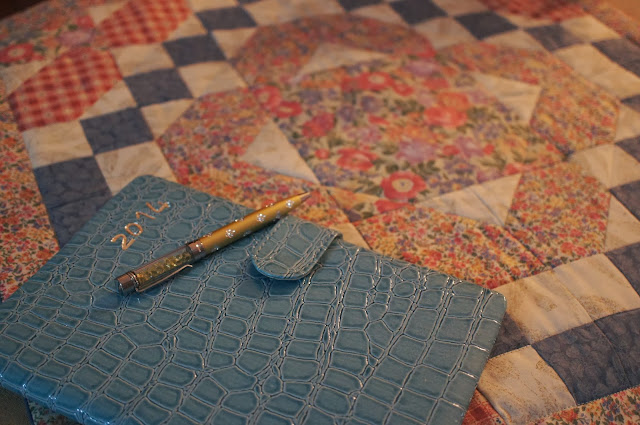 For the Christmas part of the swap I stitched a little wall hanging or table topper. This is the one that delayed my parcel getting off on time and I forgot to take a photo of it so I have borrowed one from Noela.

I also sent Noela this Chatelaine although I can't claim credit for making this one.  A lovely lady that I know through one of my sewing groups makes these and sells them at markets. I just popped in a pair of "blue" *scissors. 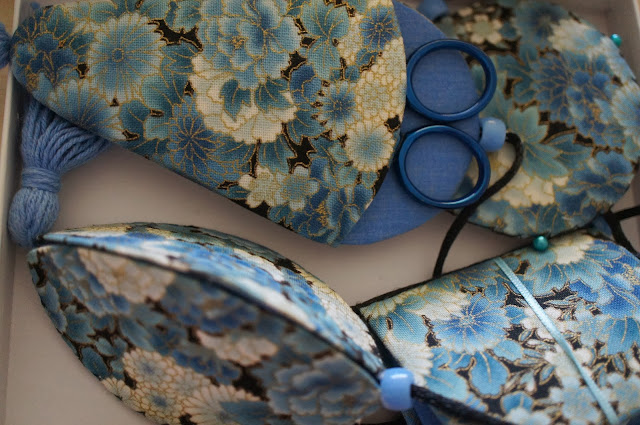 *In addition to the photographed items, I also sent Noela some tea and biscuits, fat quarters, embroidery threads, thread holder and a brooch which will hold her sewing glasses, a shopping bag, diary and pen, bath goodies and a washer. Oh, and the blue scissors.

When I saw what Noela had sent me, I was a little embarressed that I had not done enough ........strangely enough she sent me an email to say a similar thing....but she loved it all and I love what she sent!

Such a great swap