Sweet Angels of mine

When I was looking for applique items to photograph, a few days ago, for Asked and Answered, I came across these little blocks.

Back in 2007, during the time I was still part of the Kelly Girls Quilting group, we had a swap.  Each participant was given an angel pattern which is really three hearts (one for the wings, one for the body and one for the head) which we then embellished any way we wanted, added a little saying and our name. We had to make one for each person who was in the swap.  At the end of year Christmas party each participant was given their angels and could use them however they wanted.

Here are a couple I had left over from the ones I made, I guess I overestimated the number I had to make but then at least I get to include the ones that I made with the ones that I received. 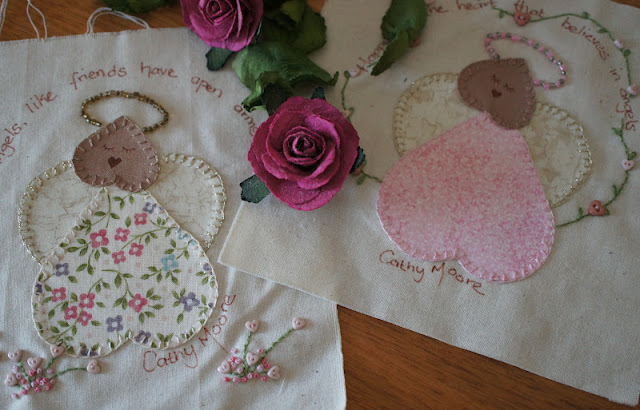 And another couple of my very favourites from two of the sweetest ladies I have ever met...Audrey and Kay. 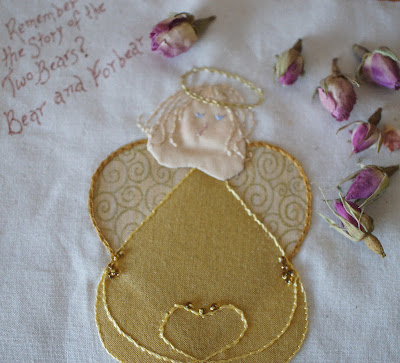 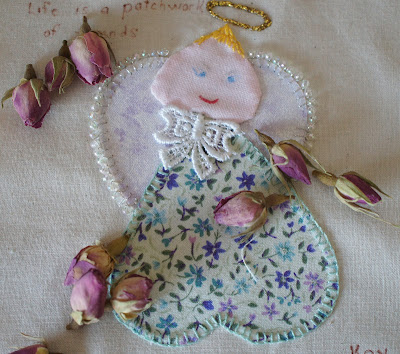 I think it is time to sew them together. I am going to make a very simple little wall hanging without sashing but I will be sewing some rick rack along the seams to separate the blocks. 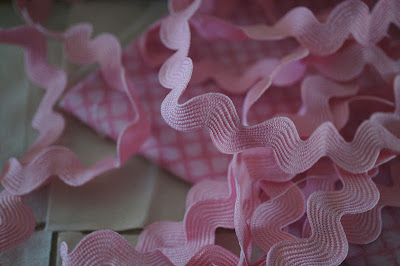 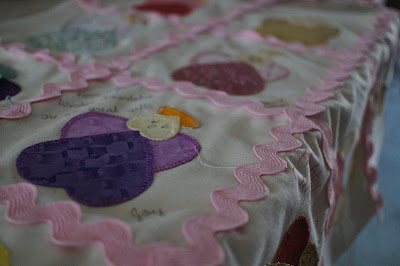 All done, now what about a small border.  I was thinking about  one with small pink and purple pansies and then I remembered that I had this one....A whimsical stripey fabric. 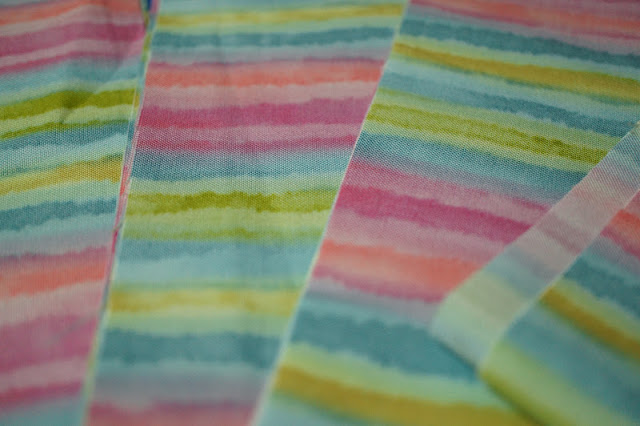 Now for a bit of FMQ, I haven't done this for awhile so it was a wobbly start but I really enjoyed it once I got back into the swing of it. 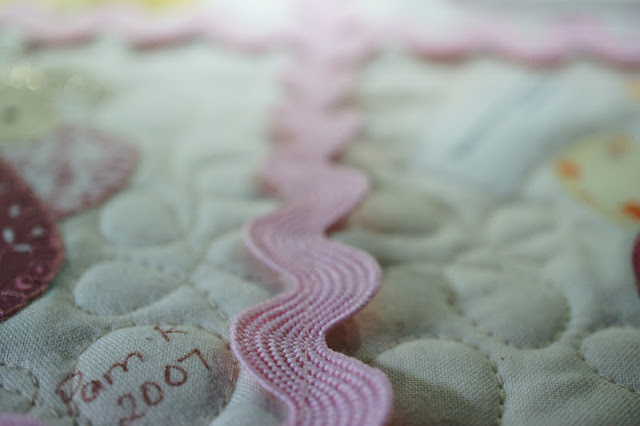 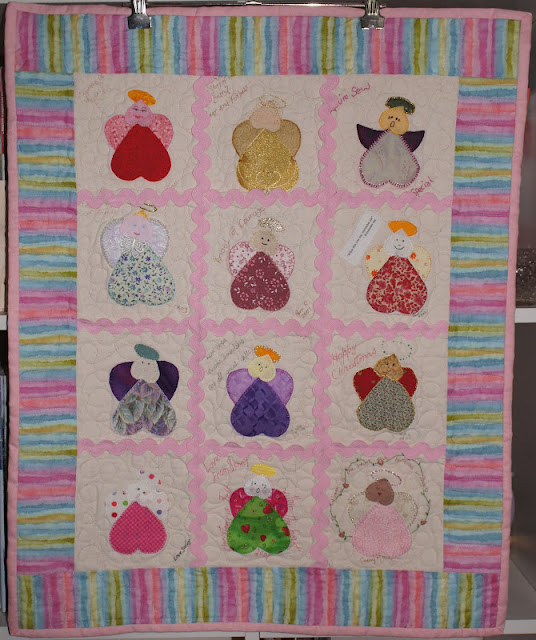 All finished and look, I folded the rest of the stripey stuff back onto the mini bolt and put it straight back on the shelf. 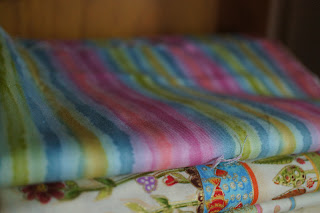 Linking in to WIP Wednesday at Freshly Pieced.
Posted by Cath at 21:24