Snow and a new BOM

This is my second attempt at this post so lets hope the computer doesn't crash again. It's been quite a week.   Well you already know the computer is being cantankerous again, I had to have a routine check up with a new doctor at a new medical clinic, resulting in a change of medication and a blood test.......and then a cold front blasting directly from the Arctic resulted in us waking up to this scene

As beautiful and exciting as this was, I was rather keen for a visit from the postman and it wasn't happening anytime soon as the roads were cut from the Hobart to our valley. 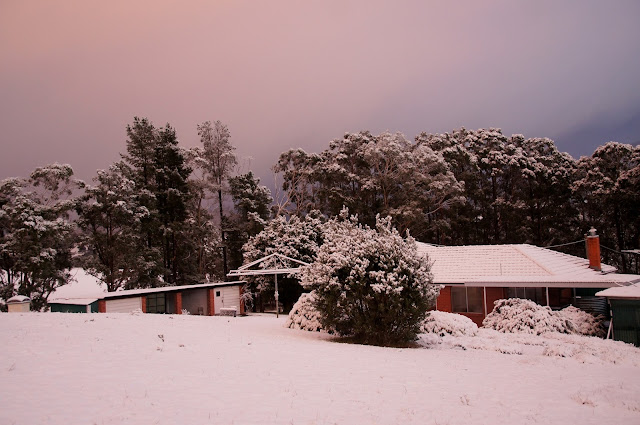 Why am I waiting for the postman?  Well even though I am not getting much sewing and stitching done, last week I bit the bullet and ordered a new BOM. I have been thinking about it since March when I first saw it in the Homespun magazine. 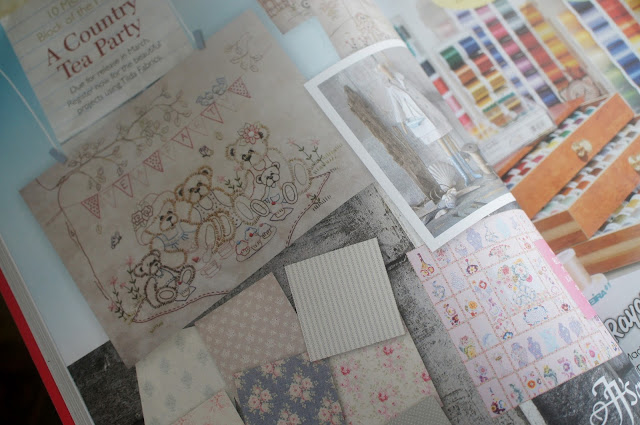 Initially I faltered when I saw the on line pictures of the fabrics used and the patterns on their own couldn't be bought monthly which would be a bit expensive for me all up but just recently I started to think about it again. Doing a bit more research, I found two sites which showed a slightly different selection of fabrics which I liked. One shop was offering the BOM for a much better price than the others and the threads were also cheaper.  I was in After a few emails to and fro, I gave the Quilter's Angel at Highfields near Toowoomba a call and they put it in the mail that afternoon.  And that is why I was eagerly awaiting the postman.
I sporadically checked the TasAlert and Tasmanian Police website all day as to the conditions of the road but I still wasn't hopeful for a delivery on Tuesday.........so.... I was pleasantly suprised to find my little parcel there later in the day. 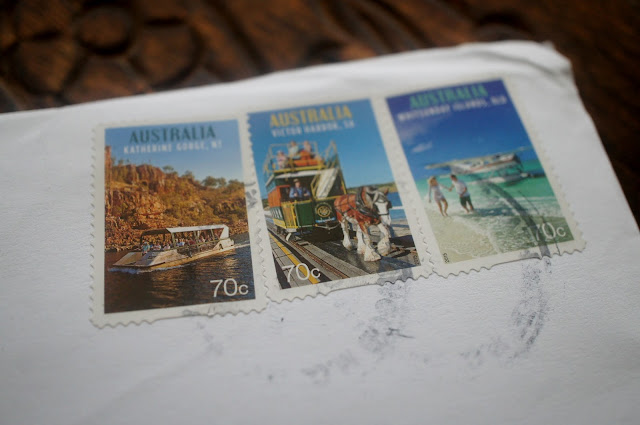 A squishy with the pattern for block 1 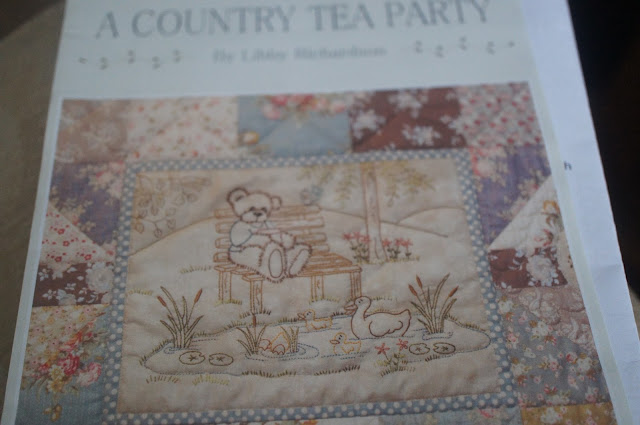 and the gorgeous  Cottage Garden Threads 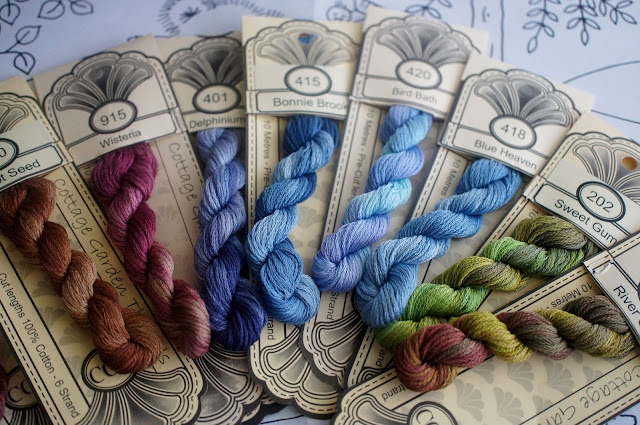 Now I am off the trace the pattern onto the supplied backing.

Looking forward to threading my needle!