The Change has Come

I am a bit late with my promised continuation of yesterdays post. It has been a very hot and sweaty busy day with a challenge quilt exhibition and xmas party and dinner with the kiddo's tonight. ( I will post about those on another occassion) but let me get back to my story: I left off yesterday telling you that hubby was looking for possible property in the Huon Valley that would help us make a decision about whether this was a place we would like to make home. He found several that he wanted to take a look at so as soon as we were ready, we headed back out towards Huonville. As we were travelling towards the centre of Hobart, the cloud cover cleared over Mt Wellington and I was amazed to see a cover of snow up there. 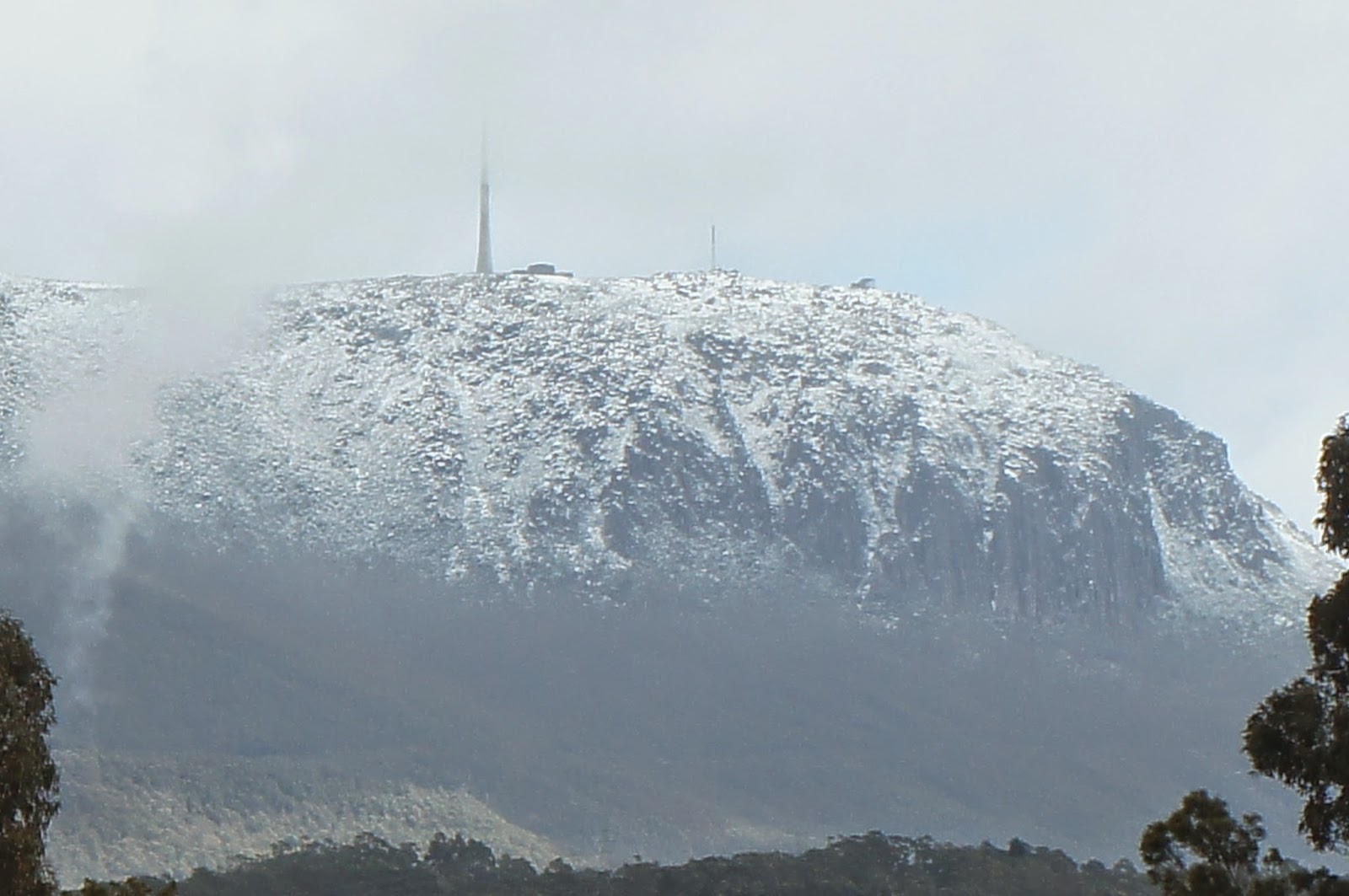 Can you believe that! It's October and the snow is falling in Tassie. I was dying to take a photo but I had to wait until we were out of the city and on the Huon highway. The lookout where we were the day before is that structure on the far right up there.

The first spot we looked at was on a road called Misty Hills (how quaint) but when we got there, it wasn't what we wanted. The block was hard to see from the road and sloped down steeply towards the rear. We got out to go for a little walk and all of a sudden we were joined by two labrador dogs. They had been sitting on a porch and as we walked down the street, they came to greet us. I wasn't worried about them as they did not bark and in fact one was a young puppy, maybe 6 months - why he was allowed to run free, i will never know. They were ever so friendly. I was dying to talk with them and scratch behind their ears but I didn't want to encourage the little one to follow us. I told the older dog to go home and he very dilligently listened to me but the pup started to run after hubby as he walked down the street, until he realised I wasn't following, then he came back to sit at my feet. 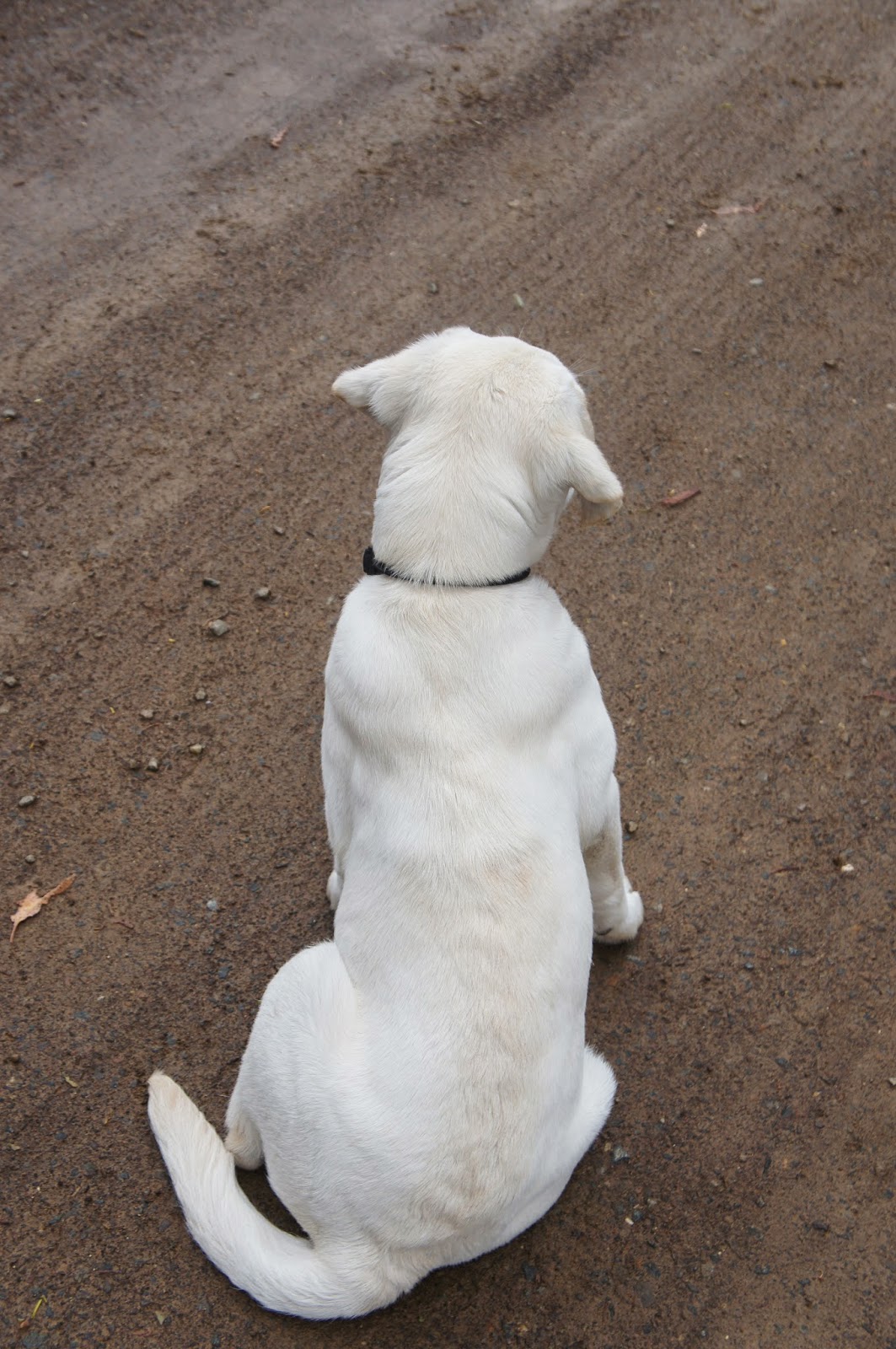 I was a bit worried when we walked back towards the car, as he insisted on coming along with us and I was terrified he would get under the wheels and get hurt but with some careful manouvering while I kept watch, we managed to drive away up the street to do a u-turn. I was very relieved when we went past their house again to see they were both safely back on the porch. We drove to the other "for sale" properties but found nothing that really took our fancy.......too steep, too small (for hubby) or too overgrown with trees. The views were lovely though. 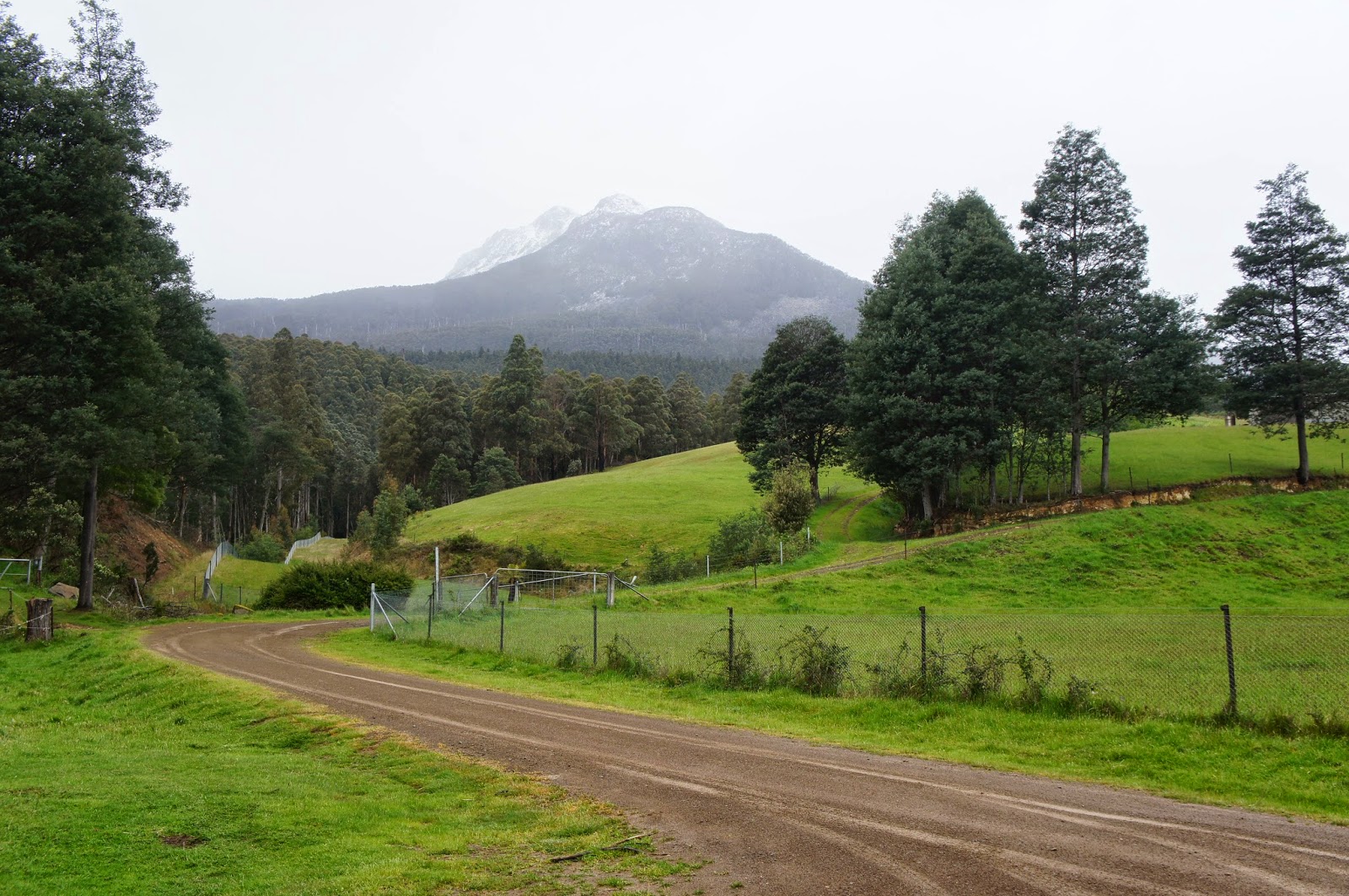 We drove around for awhile and as we were heading back to the main road, we saw a "for sale" sign and decided it wouldn't hurt to have a look. As soon as we saw the block, we knew it was ideal for us but still wanted to look at a few more.

Along the way, I saw plenty of these! 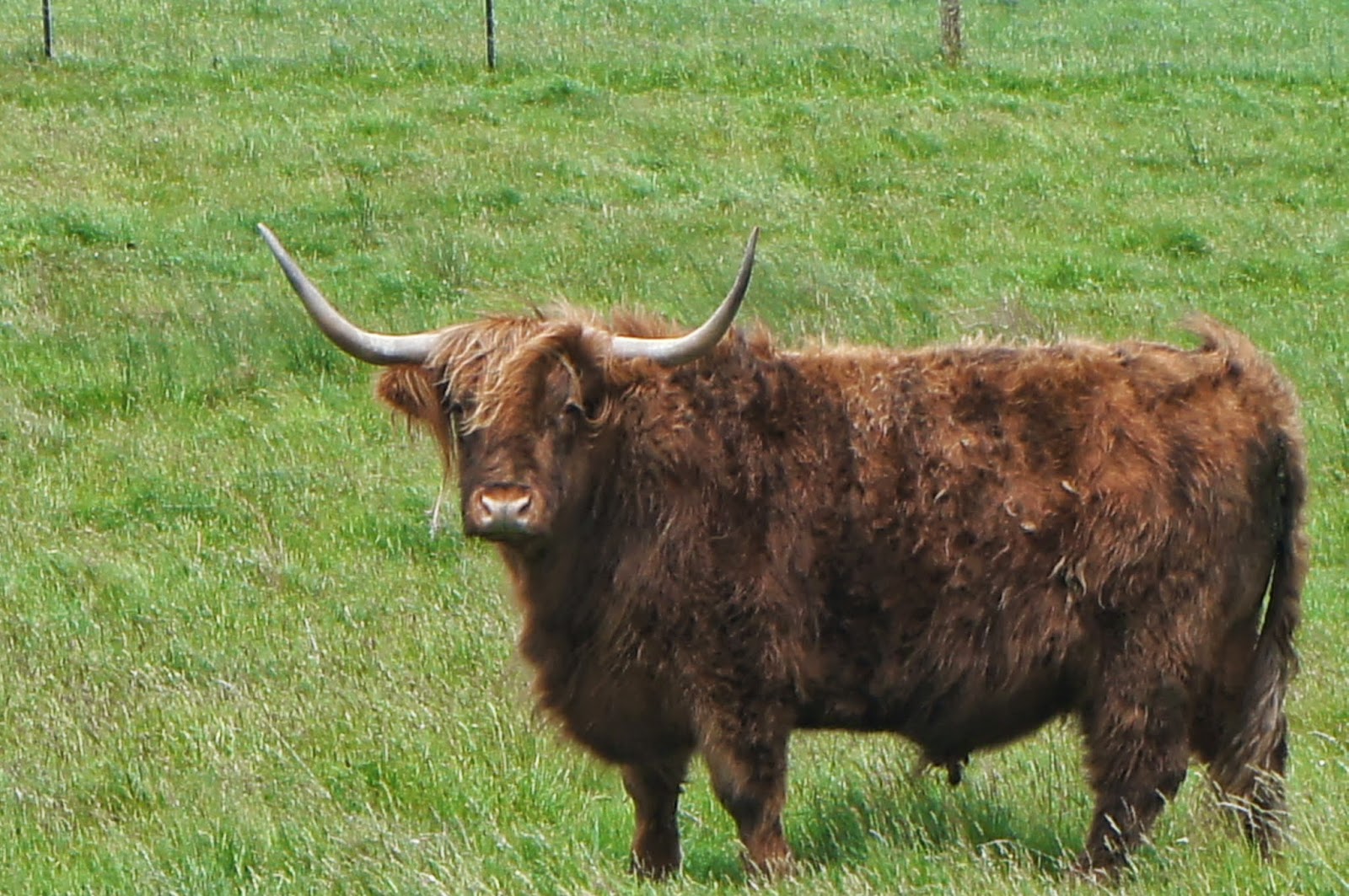 The funny thing is that Miss M and I were in Scotland earlier this year and we went on a trip to the Western Highlands hoping to see some of these Highland "Coos" but only saw a very, very brief glimpse in the distance. Yet, there were quite a number of them here in Tasmania! If you missed the post about our Highlands adventure, you can read about it HERE and HERE.

Back to our property hunt......nothing really ticked all the boxes for us, so we decided to pop into the Apple Shed again for a slice of pie and a pow-wow. I didn't show any photos at the Apple Shed on my previous post, but, you have got to take a look at the "apple wall" they have there. My photo only shows about a third of the "wall" but each and every one of those apples is a different variety 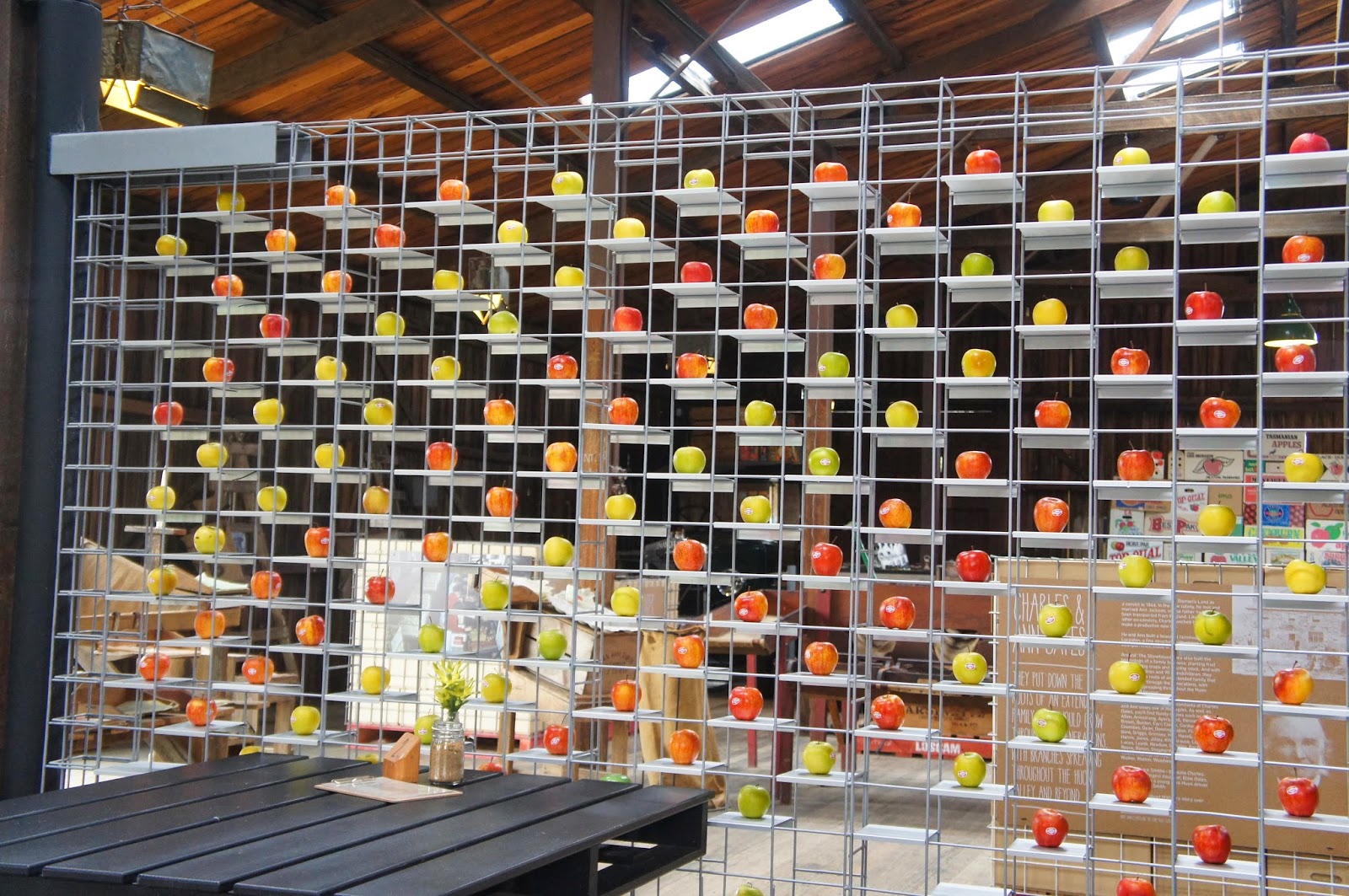 ......did you ever realise there were so many varieties of apple. We hadn't had lunch yet, but really wanted a slice of the apple pie we had seen the day before....... 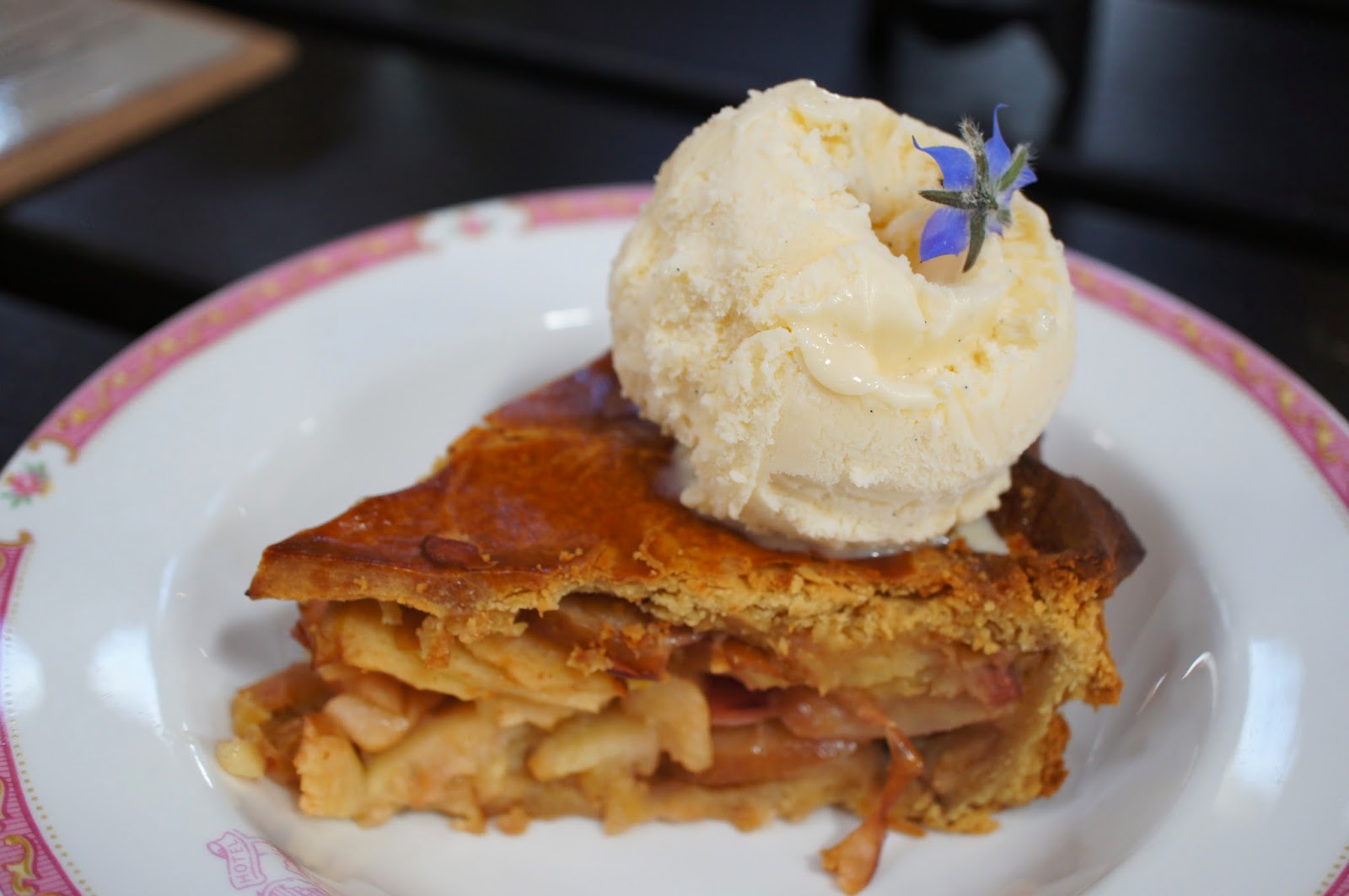 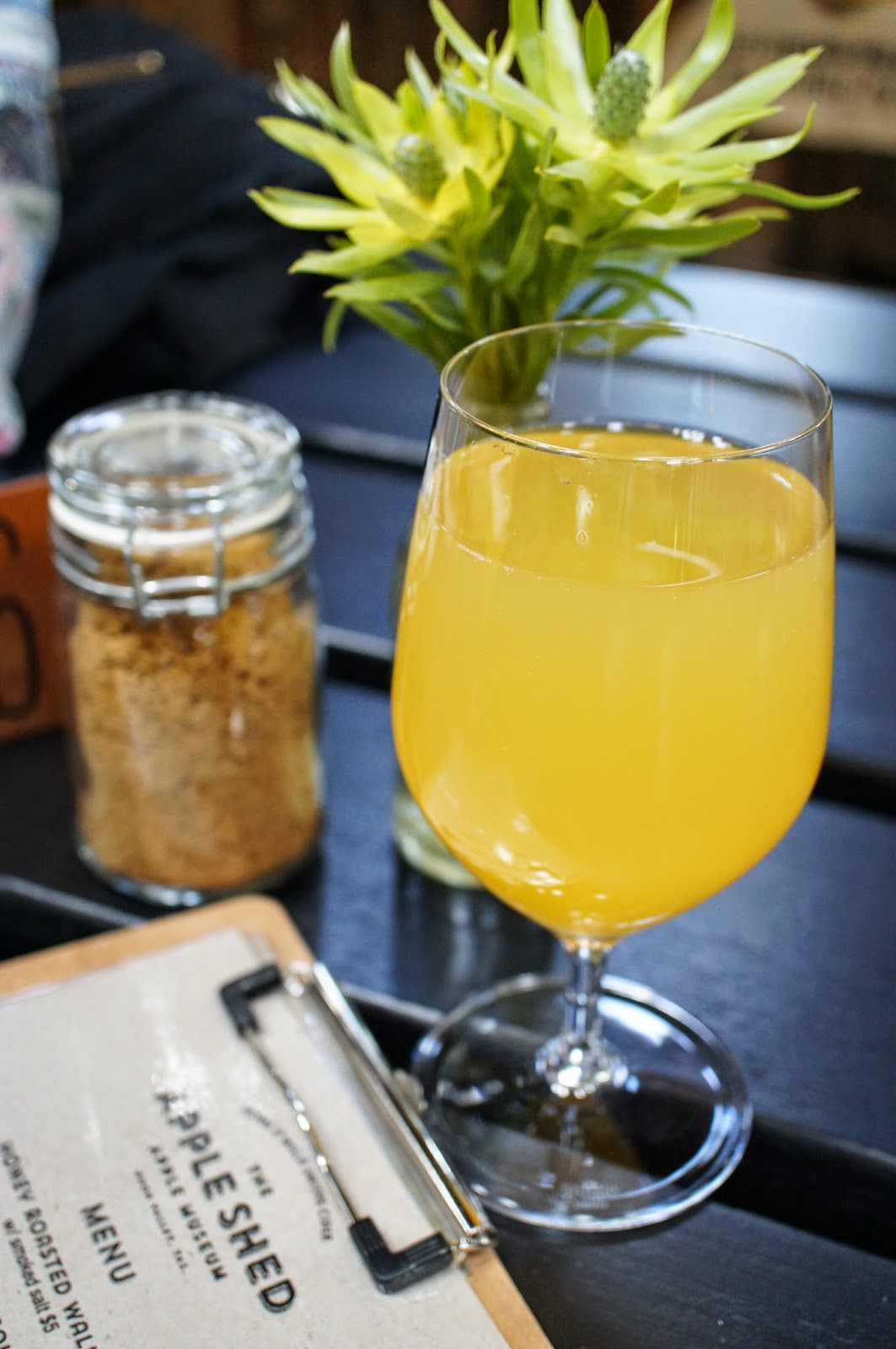 ........and definitely wanted to sample the cider again. Anyhow the up-shot was that we were very excited about the earlier block we had found by chance. We loved it so much that we couldn't stop talking about the prospect of living there all the way home and over dinner, later on. 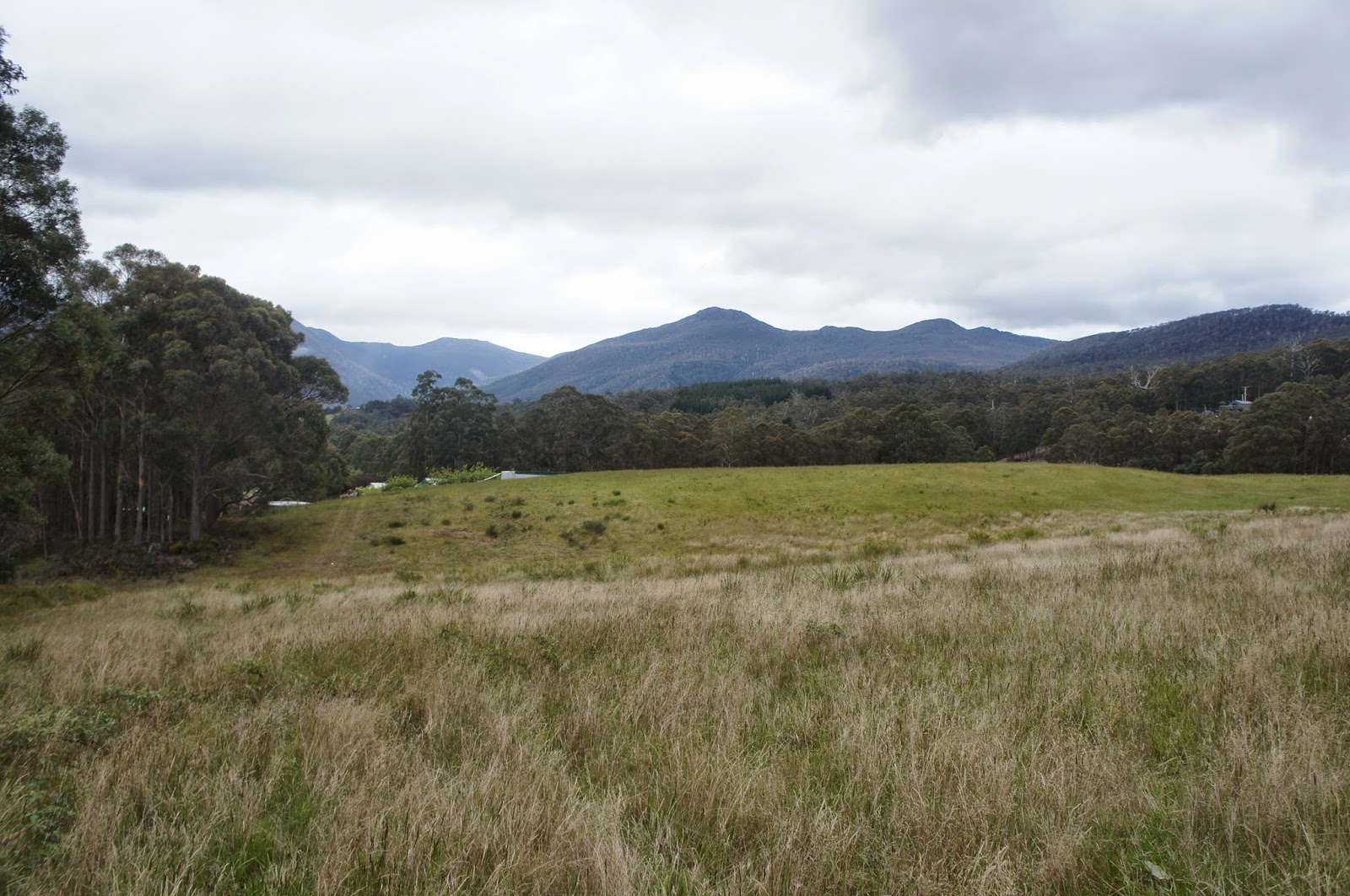 The following day, we went for a drive to Port Arthur (which I will write about at a later date) and it was still all we could talk about. So much so, that when we stopped for coffee, hubby rang the estate agent to arrange a viewing. The block was everything we were looking for, and the plus - a house and orchard trees already on site (visible down on the left side of the above photo) . WE MADE AN OFFER!

Now, I won't leave you in suspense any longer..........the offer was accepted by that evening and we are the owners of this incredible block with the most amazing view ever. It has come around sooner than we could ever imagine and as of January, Hubby and I will become Taswegians. The photo below shows the view from where we want to build our dream home. All in good time.

I really appreciate all the lovely comments left for me but honestly, things are going to be very good.  We all have good days and bad days or even good years and bad years.  I just wish I could be closer to my mum to help her.

I really hope you will join me for my next post......I am planning to show you Port Arthur.