Only a few days left. Red was meeting up with his special friend again so I had to decide what I was going to do for the day. I had thoughts of visiting Madame Taussards or perhaps the Zoo and since they are not too far from each other, maybe even both. Grabbing my camera and extra lenses, I made my way to Euston Square Tube Station.

Running down the steps at the station, I felt something snap in my calf and "OUCH" it was painful.  Struggling to walk, I limped to catch the train and got off at Baker Street close to Madame Taussards.   MT's would have to do.  Was no way I could walk to the Zoo with this calf.

Expecting crowds queuing up outside, I was surprised to walk straight into the foyer. But the queue from here was longer than I expected and after waiting about 20mins and thinking I was almost in, I passed a sign that stated it was another 1 hour queue from that point. I don't think so! Just to look at a bunch of "dummies"?  Time to re-evaluate my day exploring.  Can't walk far, have a whole day to kill..........how about an open top on/off bus tour! And there was a stop just outside MT's.

So that is what I did.  I tried to get off the bus at Oxford Street (can't remember why) but the leg was not doing so well and I realised that going up stairs was much easier than going down and I missed the stop so I sat up top and snapped away with my camera, listening to the commentry and enjoying the breeze.

Here is an interesting use of old London Taxis adorning the facade of an Oxford Street shop.

I really wamted to get off somewhere so when we reached the bridge crossing the Thames near Big Ben I decided to get off.  Ready, Getset, tackle those bus steps.

for a less than perfect panoramic photo of Parliament House. 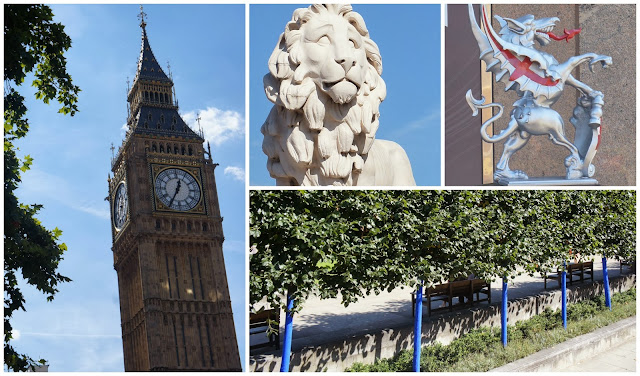 Wondering why those trees have blue trunks? It was in celebration of the birth of Prince George. 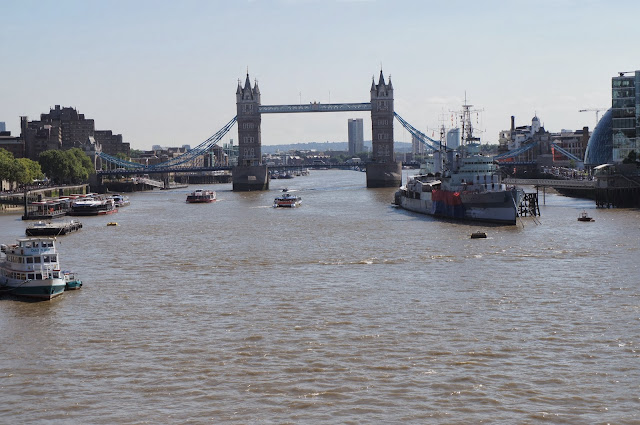 Back on the bus and continuing my journey until we reached Hyde Park and I dedided to get off here to find a spot of lunch. This turned out to be a quick shop at Sainsbury's for a picnic sandwich enjoyed under the trees at Hyde park with a friend or two who enjoyed sharing my crusts. 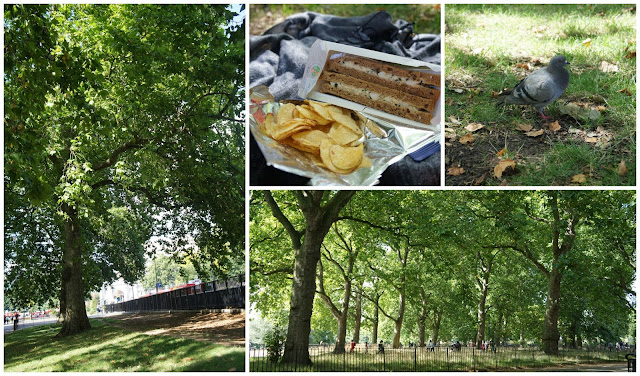 Before catching the bus again I took a walk to nearby Marble Arch for some photos of the monuments there. There were a couple of dogs paddling in the fountain but by the time I hobbled over there, they were being dried off. 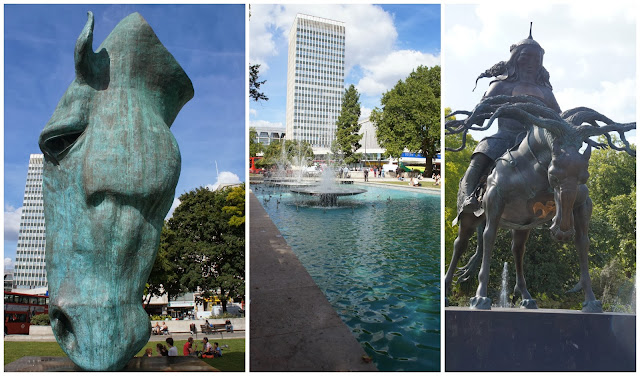 Back on the bus I was able to snap a few pictures of some famous landmarks as we drove by (You may know them) from L to R: 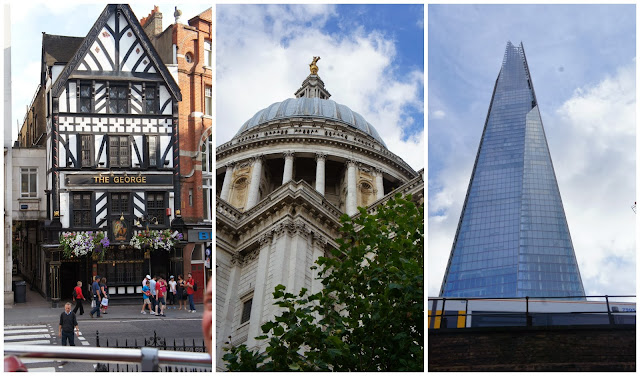 I actually stayed on the bus for two rounds of the circuit and on the second round I got off at Trafalga
Square to take some photos of Nelson's column with its Lions keeping guard and the fountain. 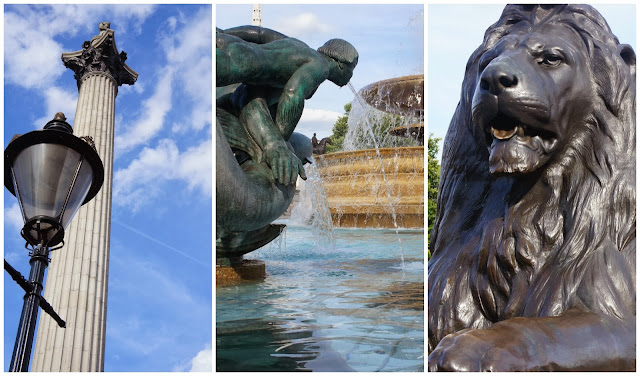 I wanted to walk down to the Mews from here to see the Horseguards but by the time I got there they were done for the day.  Oh well, best catch the bus again.  I wanted to take photos of one last thing before catching the train from Embankement back to my hotel. 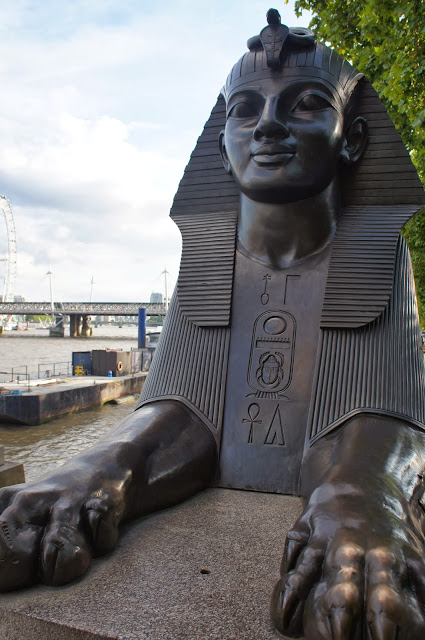 .
I never realised before that this monument was damaged by shrapnel from the a bomb blitz in the first world war. 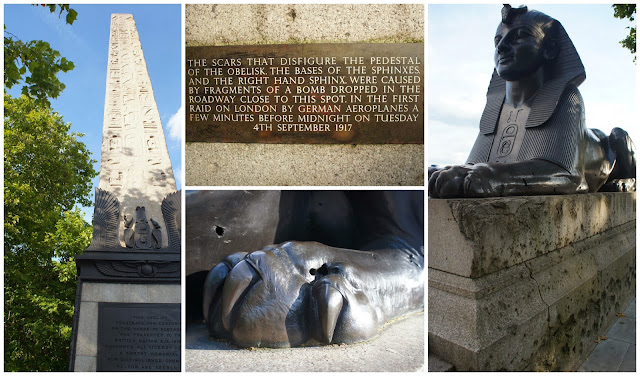 Well despite the trouble I had with my calf today, I had a wonderful time exploring the sites around London. A great way to see so much without doing too much walking.