I thought I would be sat at home yesterday but I was wrong.  Miss M and Hubby came up with the idea of going for a hike.  We had to to an airport pick up to collect Red and take him home.  No sooner had we stopped outside his house, when Miss M and Ted pulled up from opposite directions. They couldn't of timed it better. I think it was a last minute decision for Ted but I was so happy that he was coming with us.  I miss having family time with everyone present. Our destination was Springbrook National Park in the Gold Coast hinterland. 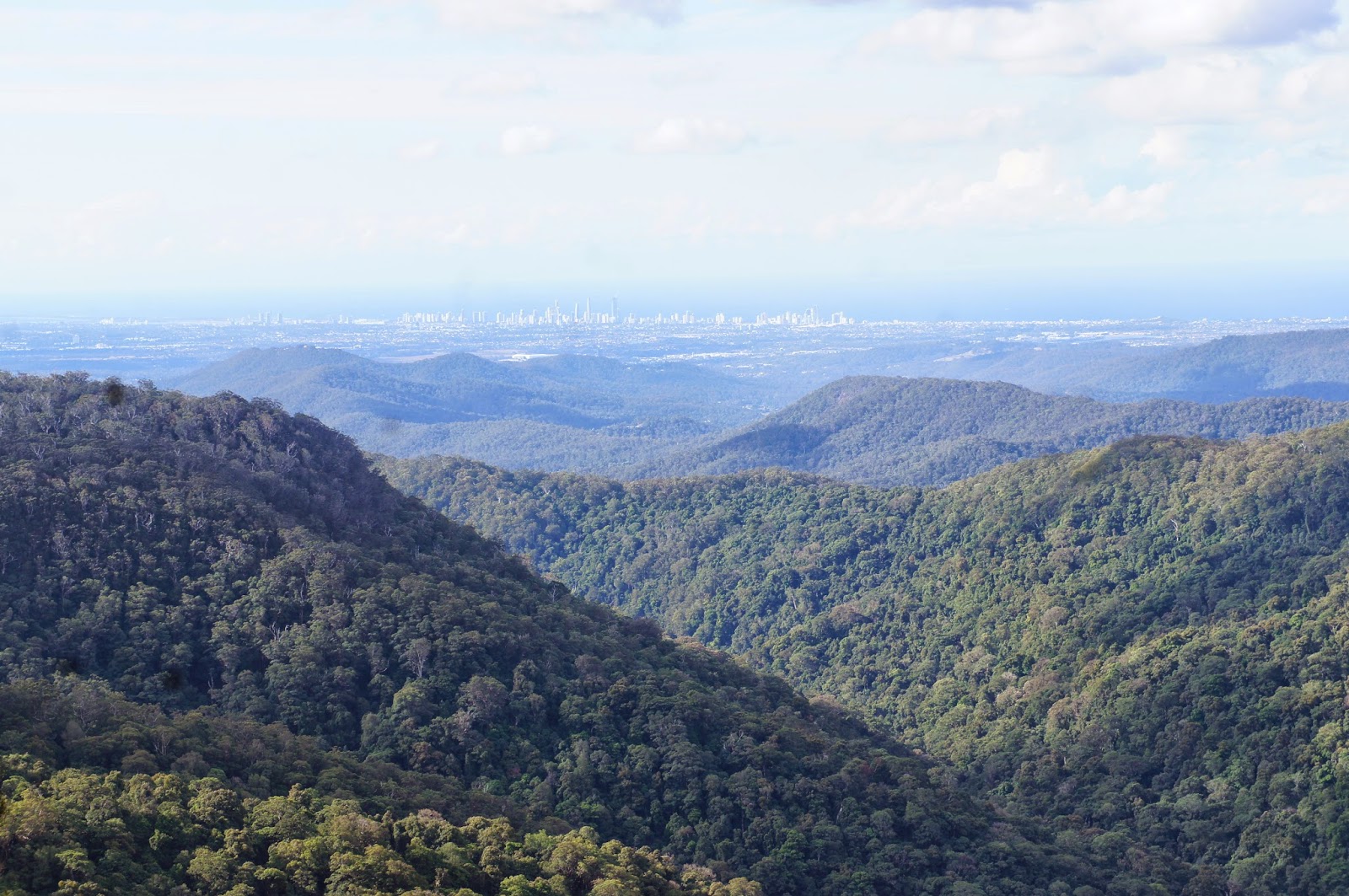 First of all we drove straight to the Hidden Falls......I have wanted to visit here for the last 15 years and at last I am doing it.  Hubby was concerned that the falls would be dry because we haven't had a lot of rain lately. Walking through the forest  towards the falls was just lovely. It was cool and dampish with dappled sunlight through the trees and the smells of the forest were so good 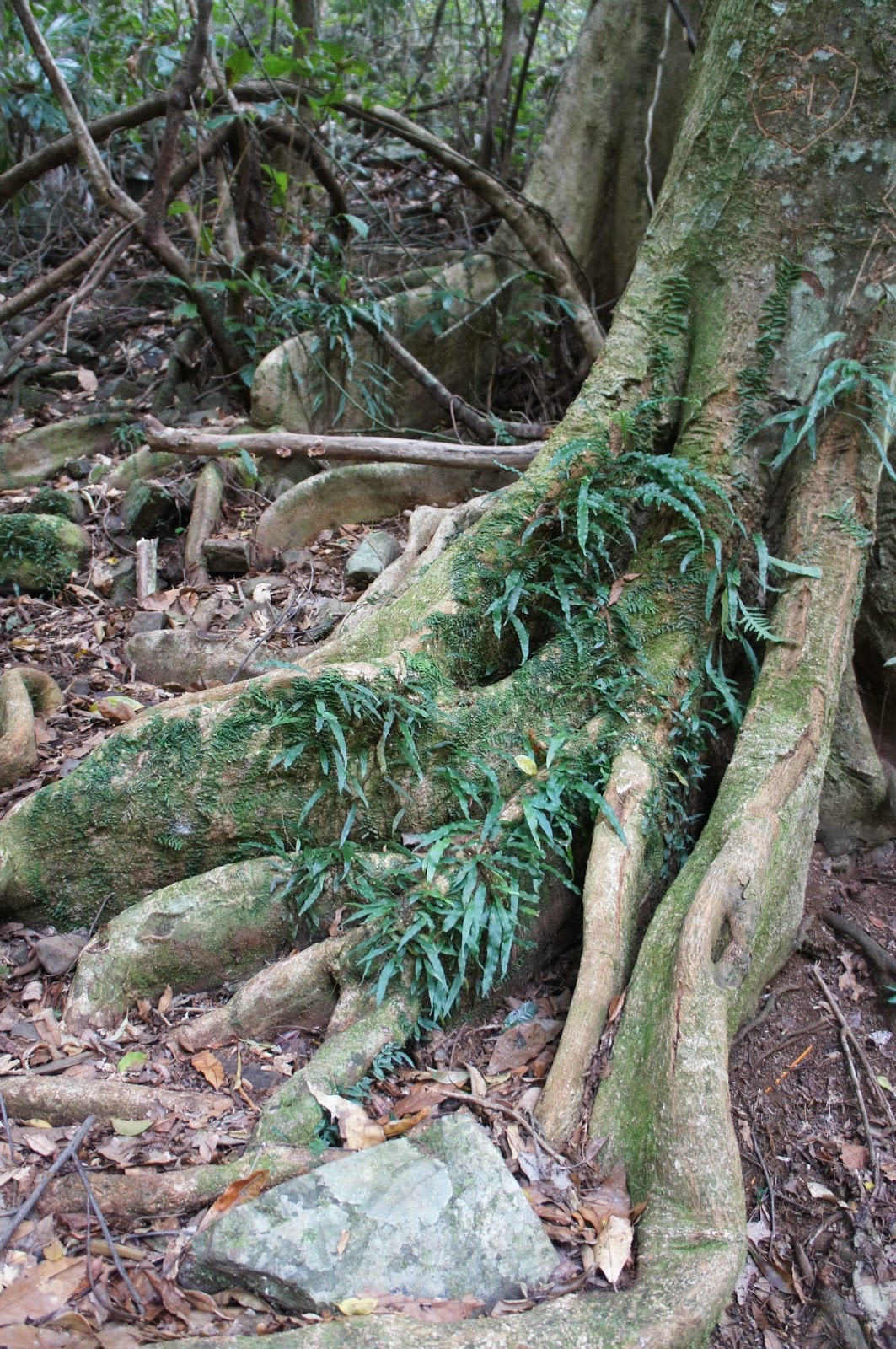 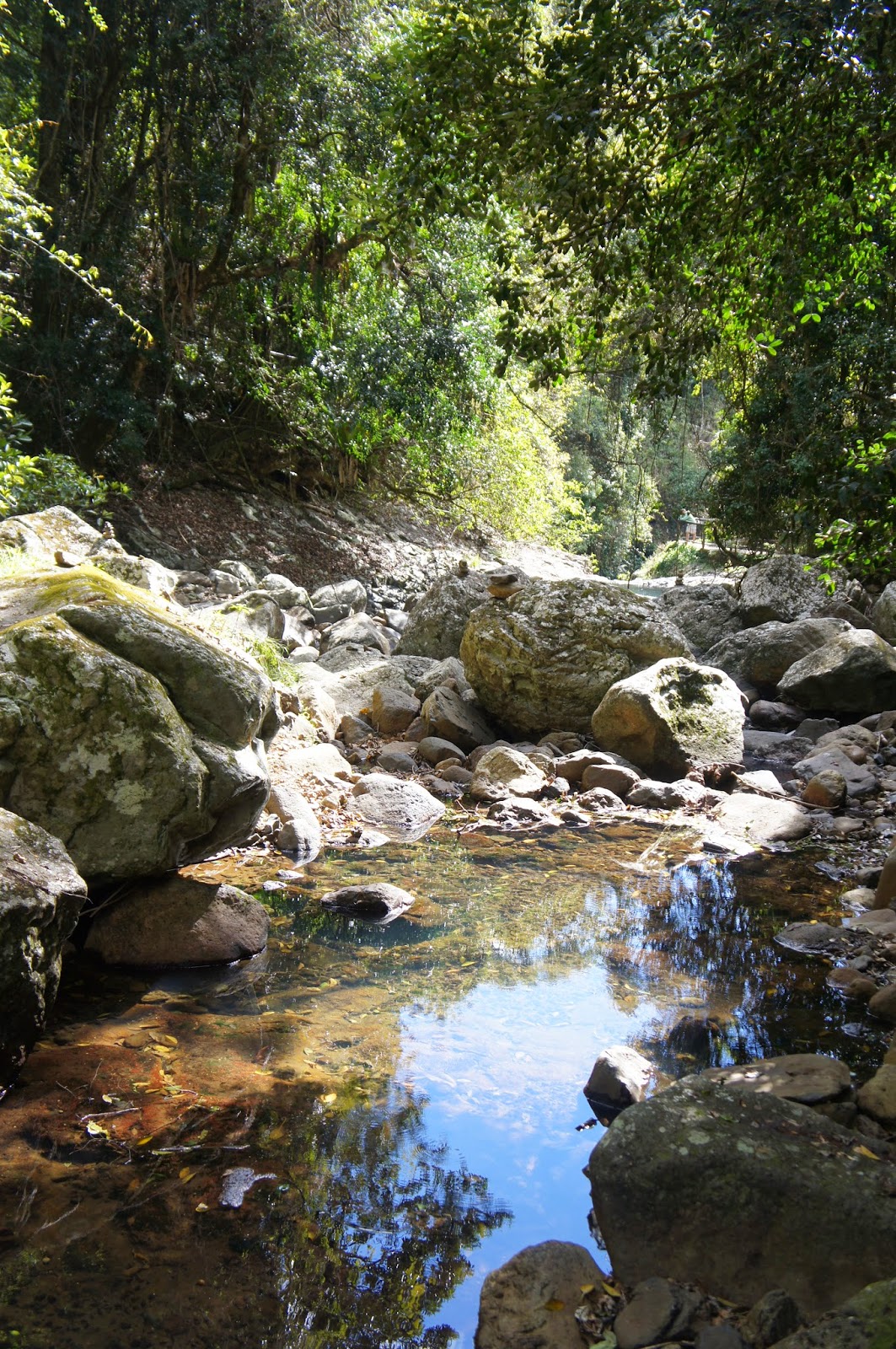 We were not disappointed.  The falls are in a cave and it was just beautiful and mesmerising 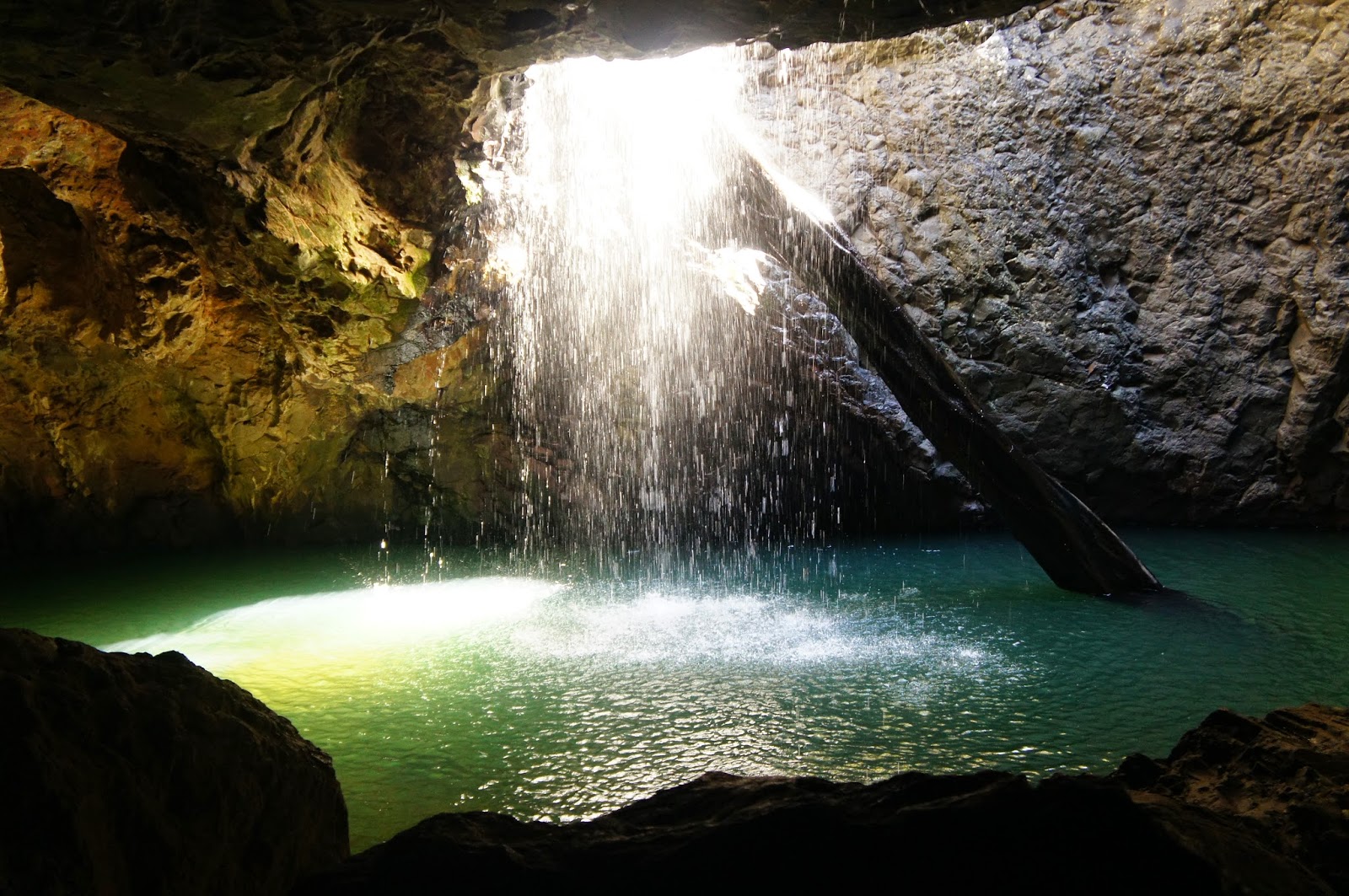 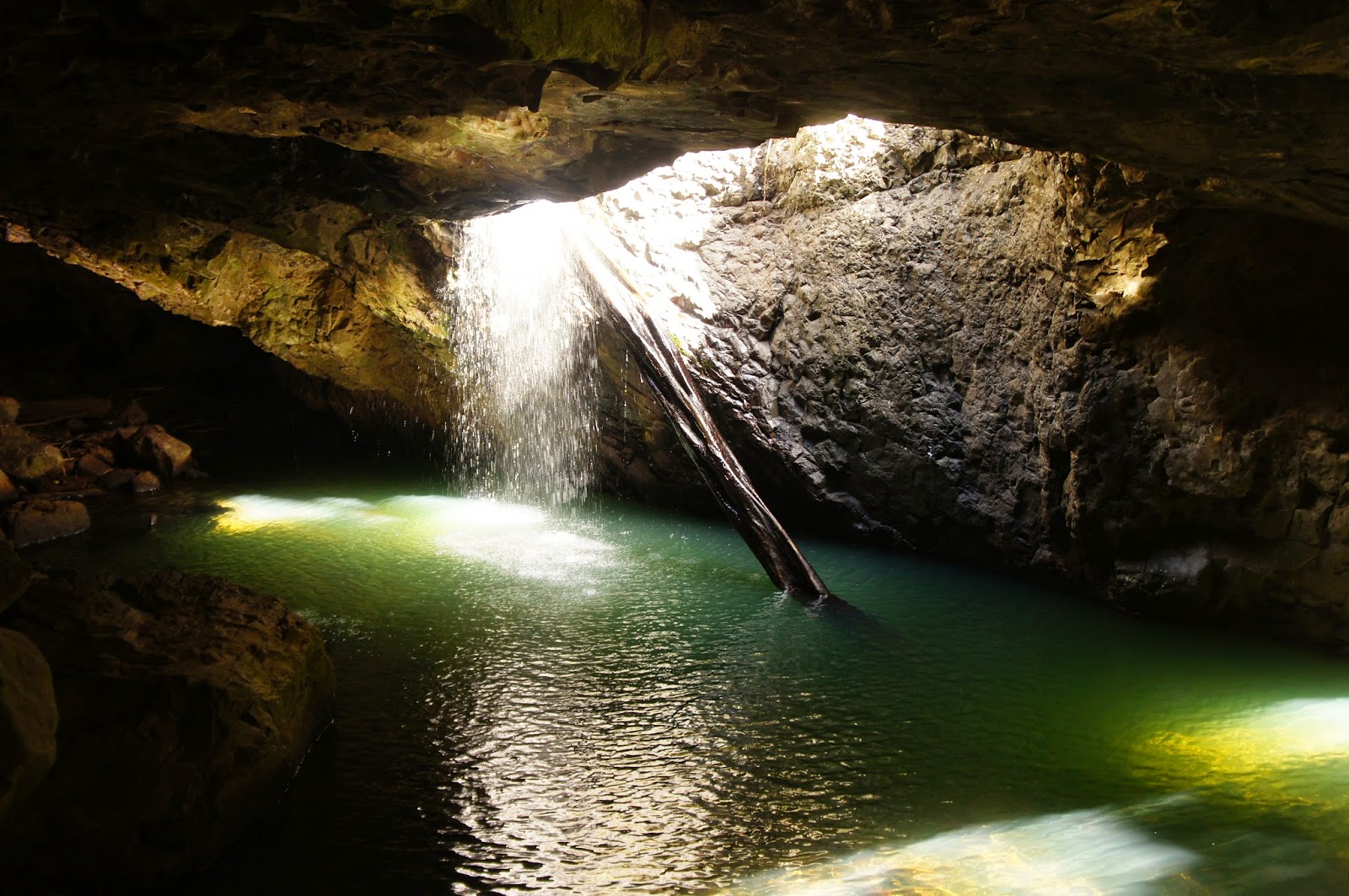 After we had our fill of this natural wonder, we walked back up to the car park and took a drive to the Canyon Lookout and walked the green route. 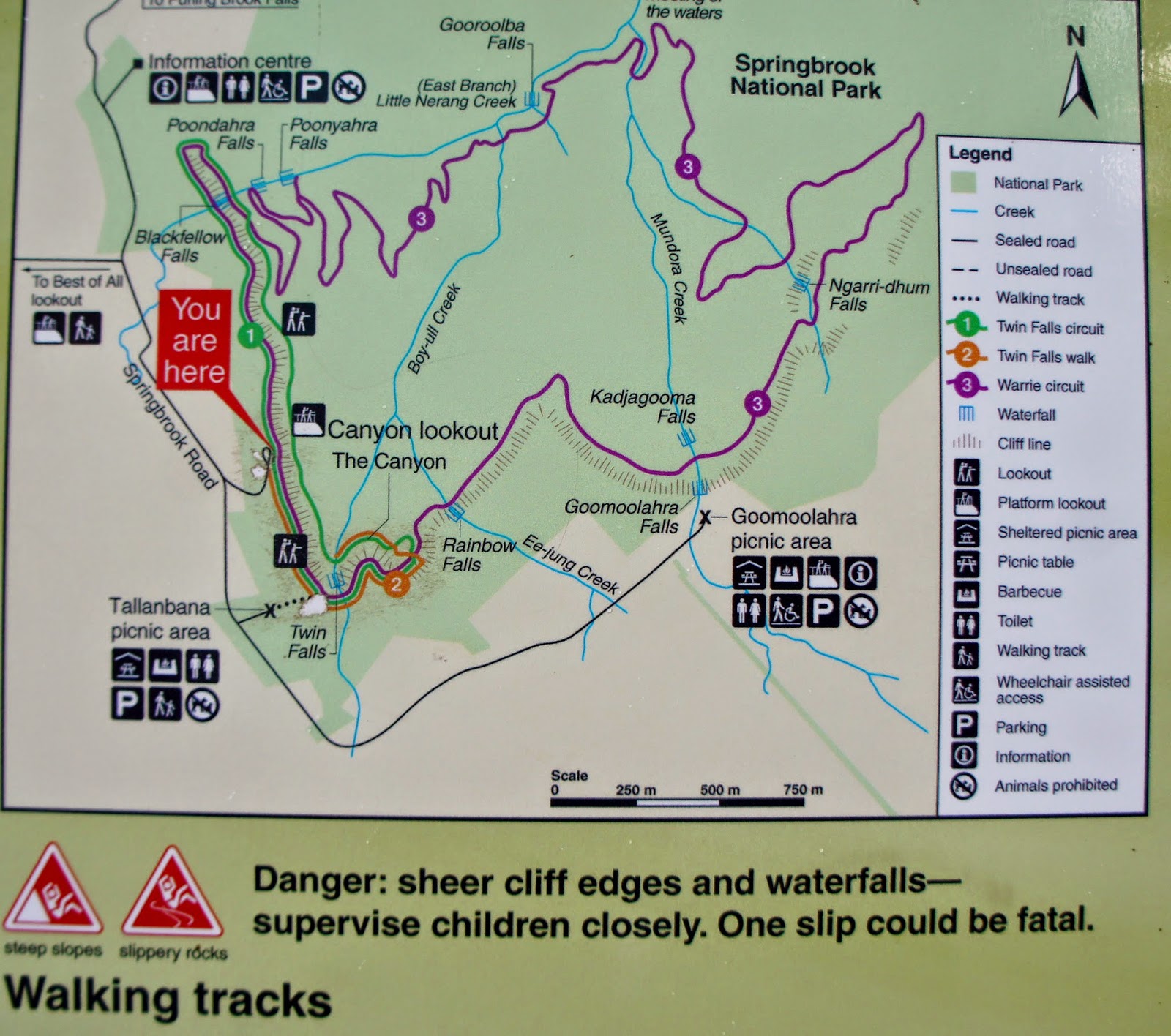 It started out easy but soon we were climbing downwards and for alot of the time the path became very narrow as it hugged the side of the mountain......see danger warning in picture above.

Along the walk we saw lush green plants and trees, typical of these rainforests, 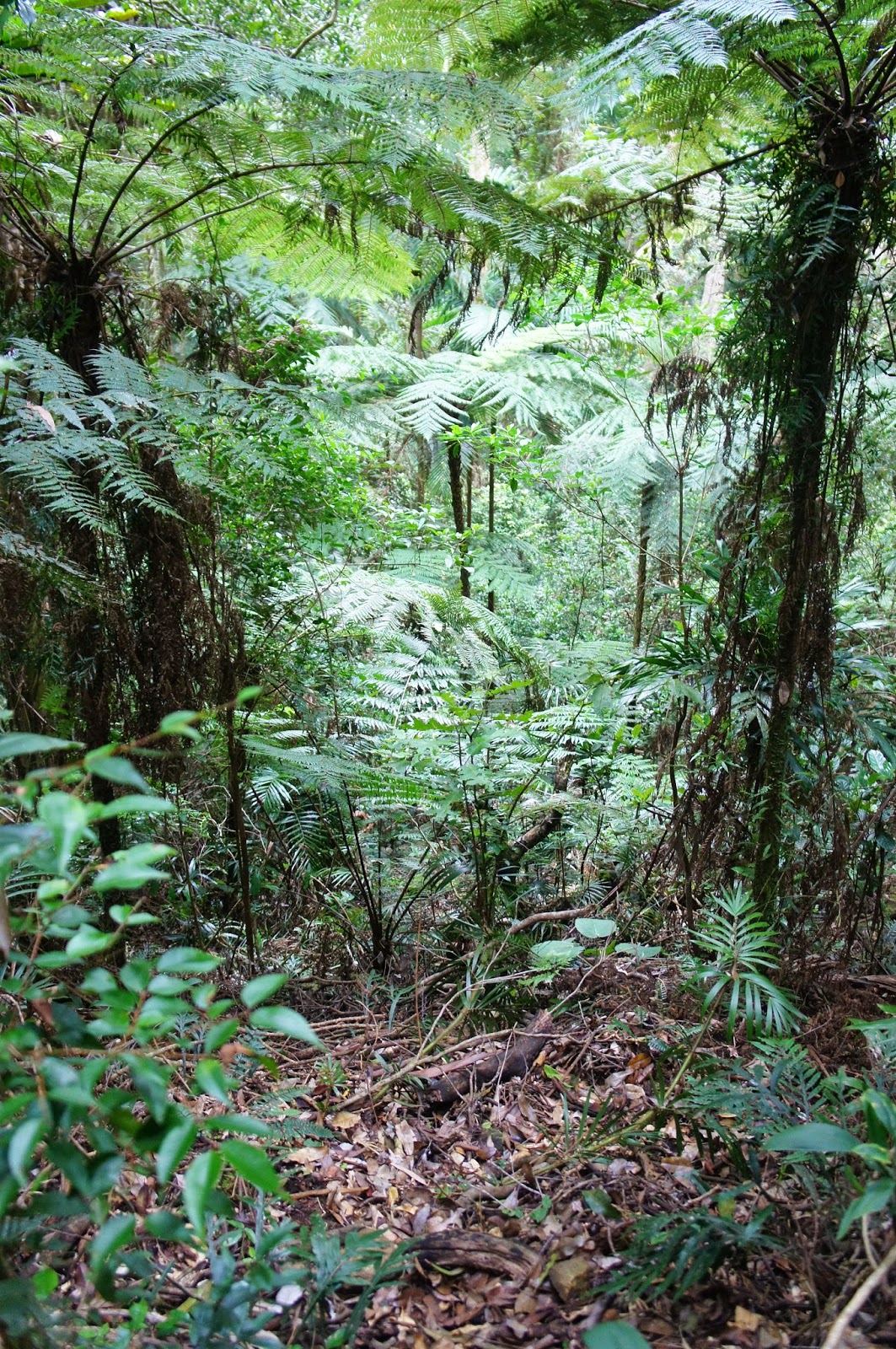 and quite a number of Banksia trees, 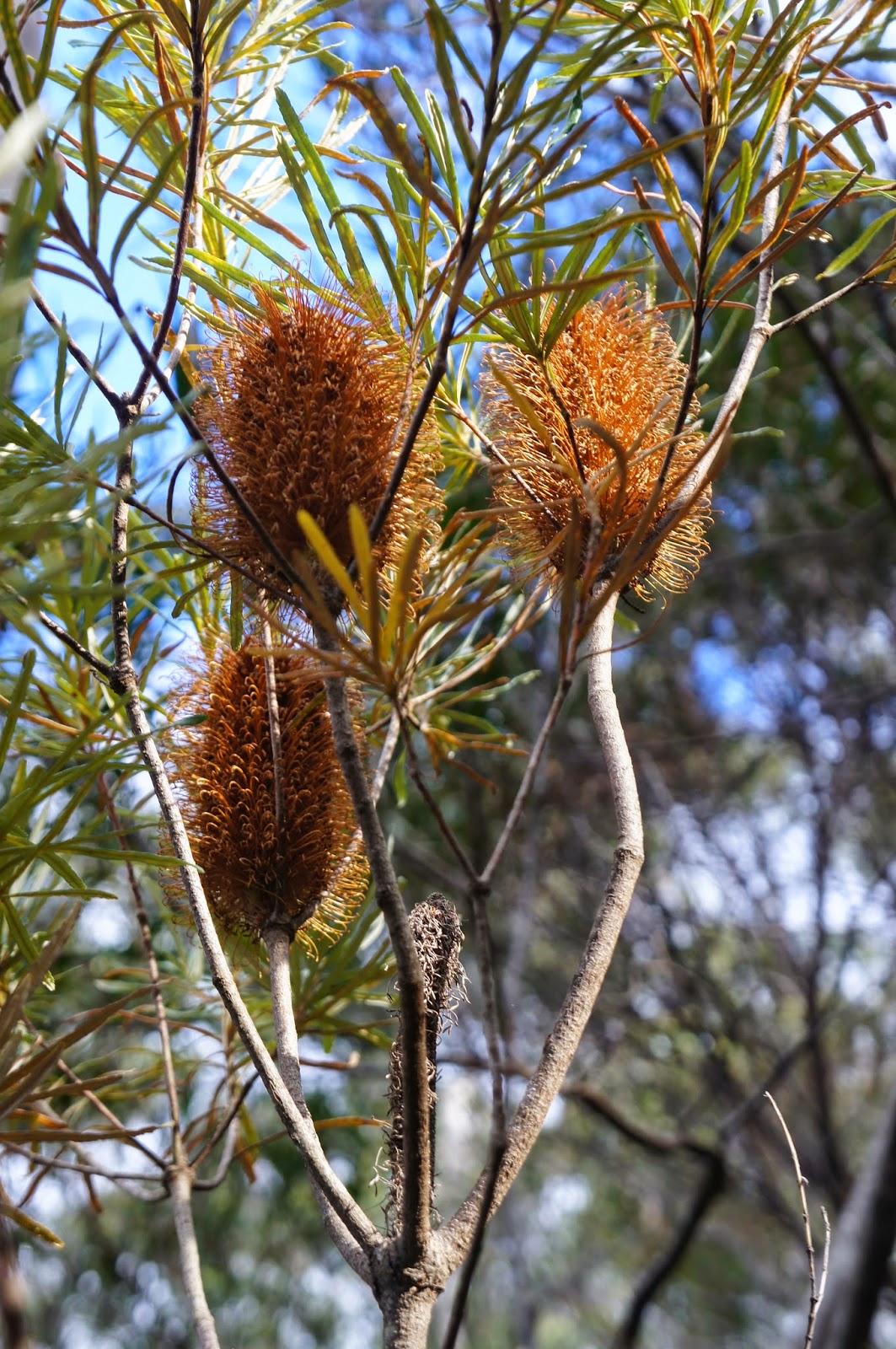 and some really big hollowed out tree trunks. 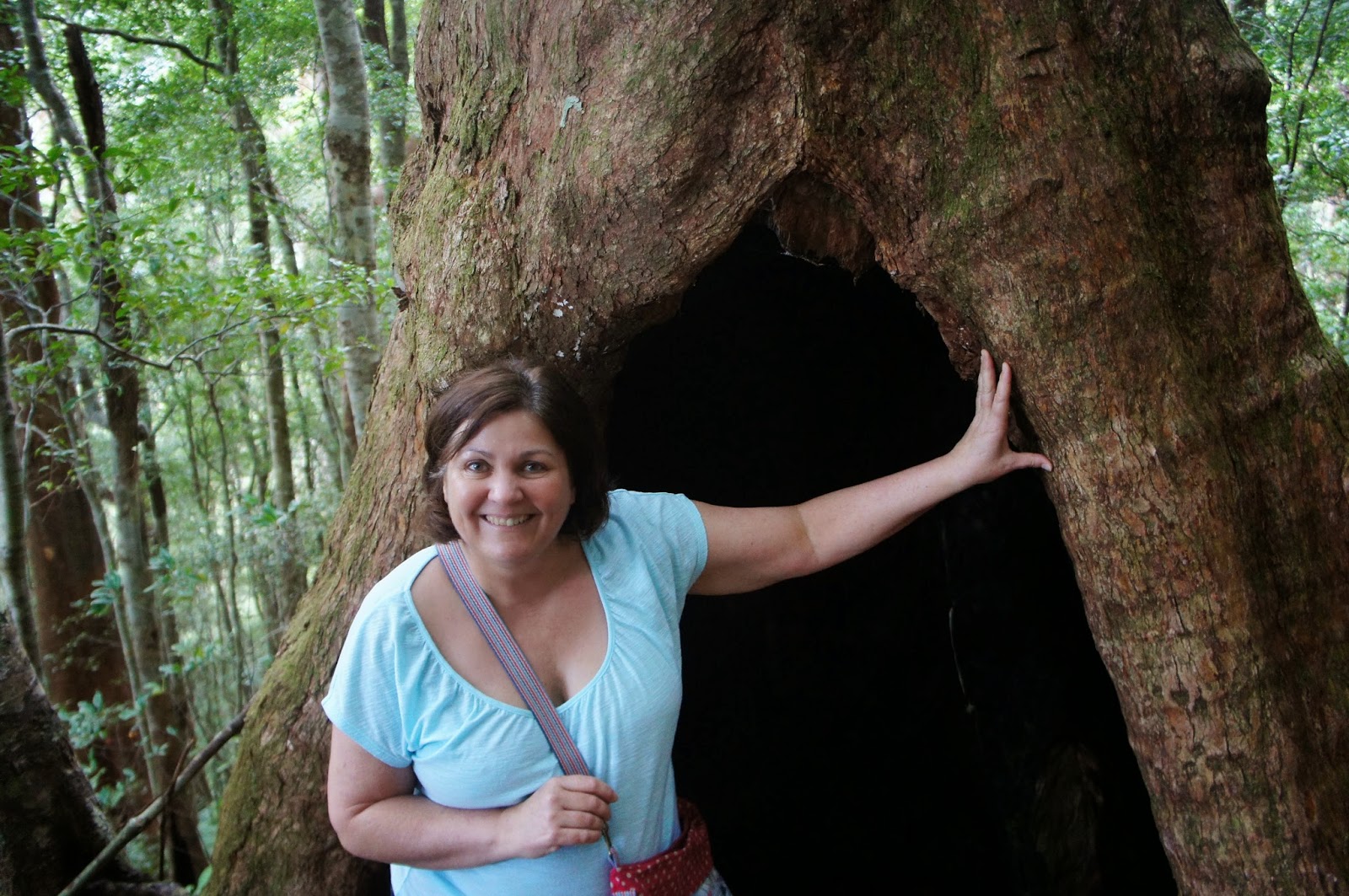 Crossed over several creeks. This one tumbled over the edge very close to where we crossed it and we would soon see the resulting waterfall below. 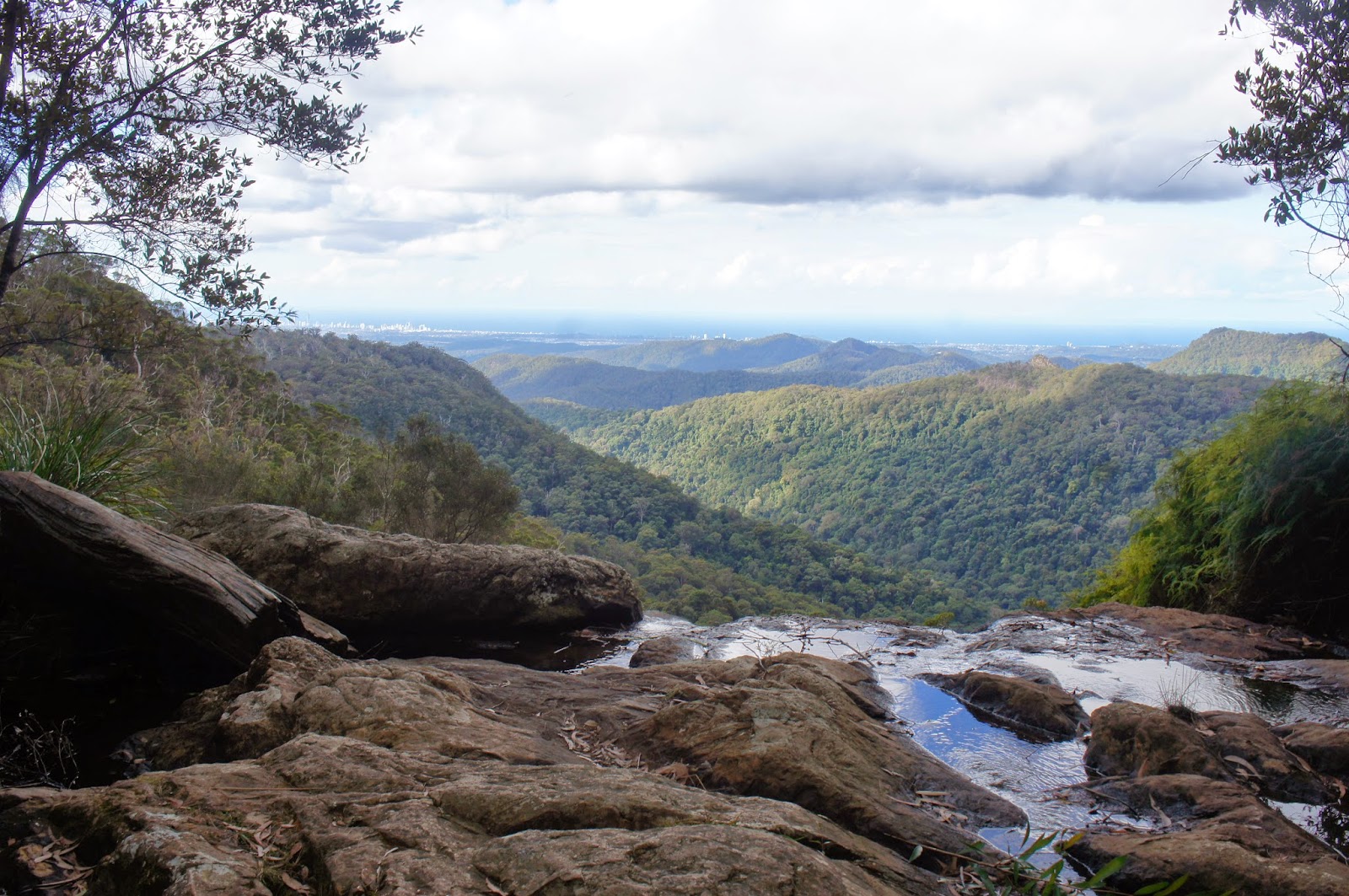 Saw numerous waterfalls and had to walk the path behind them so got dripped on once or twice. The photo below was taken from behind the cascade 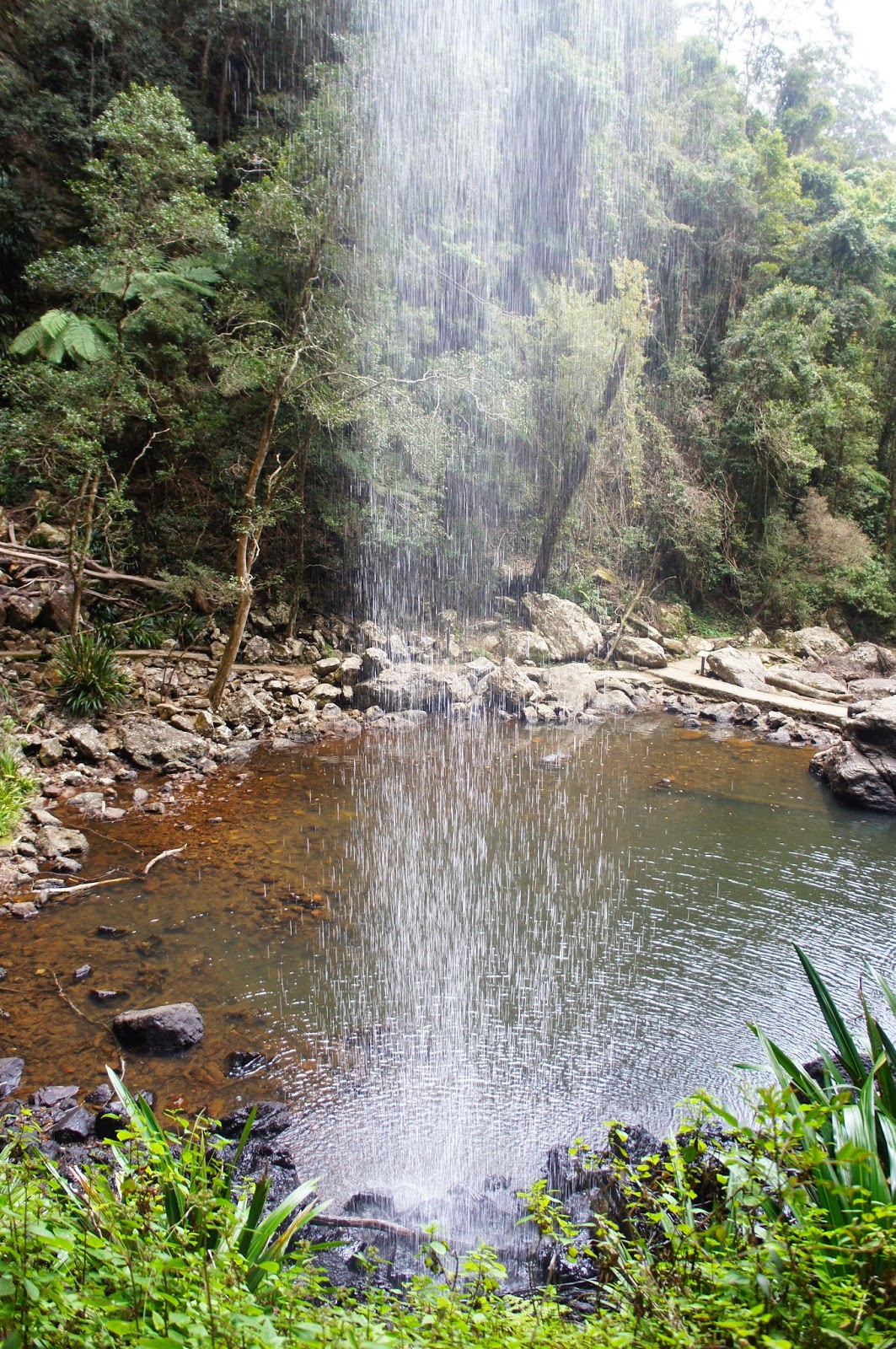 We walked along steep cliff walls and 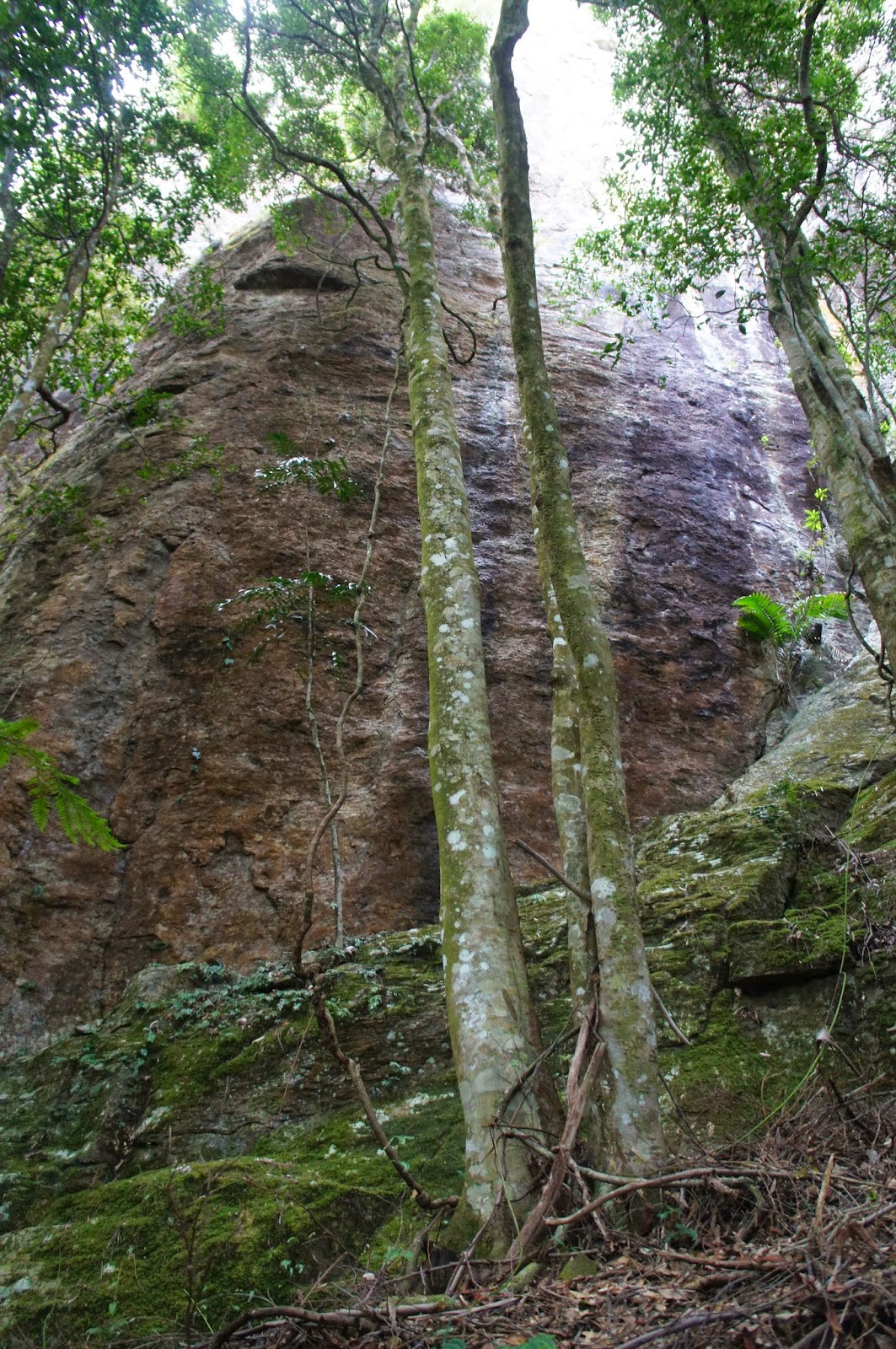 explored under overhanging rocks.....all quite safe.......at least I hope so 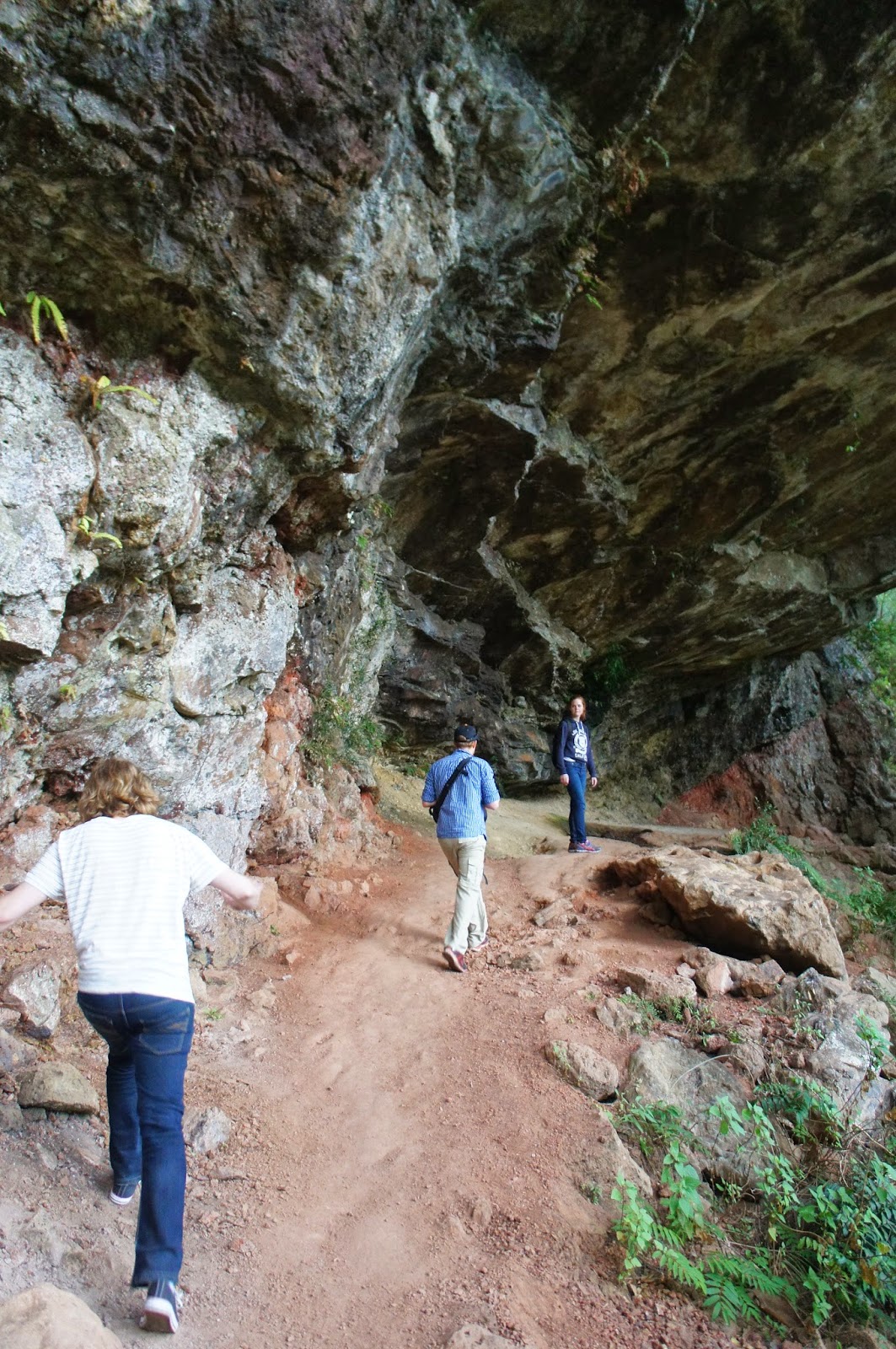 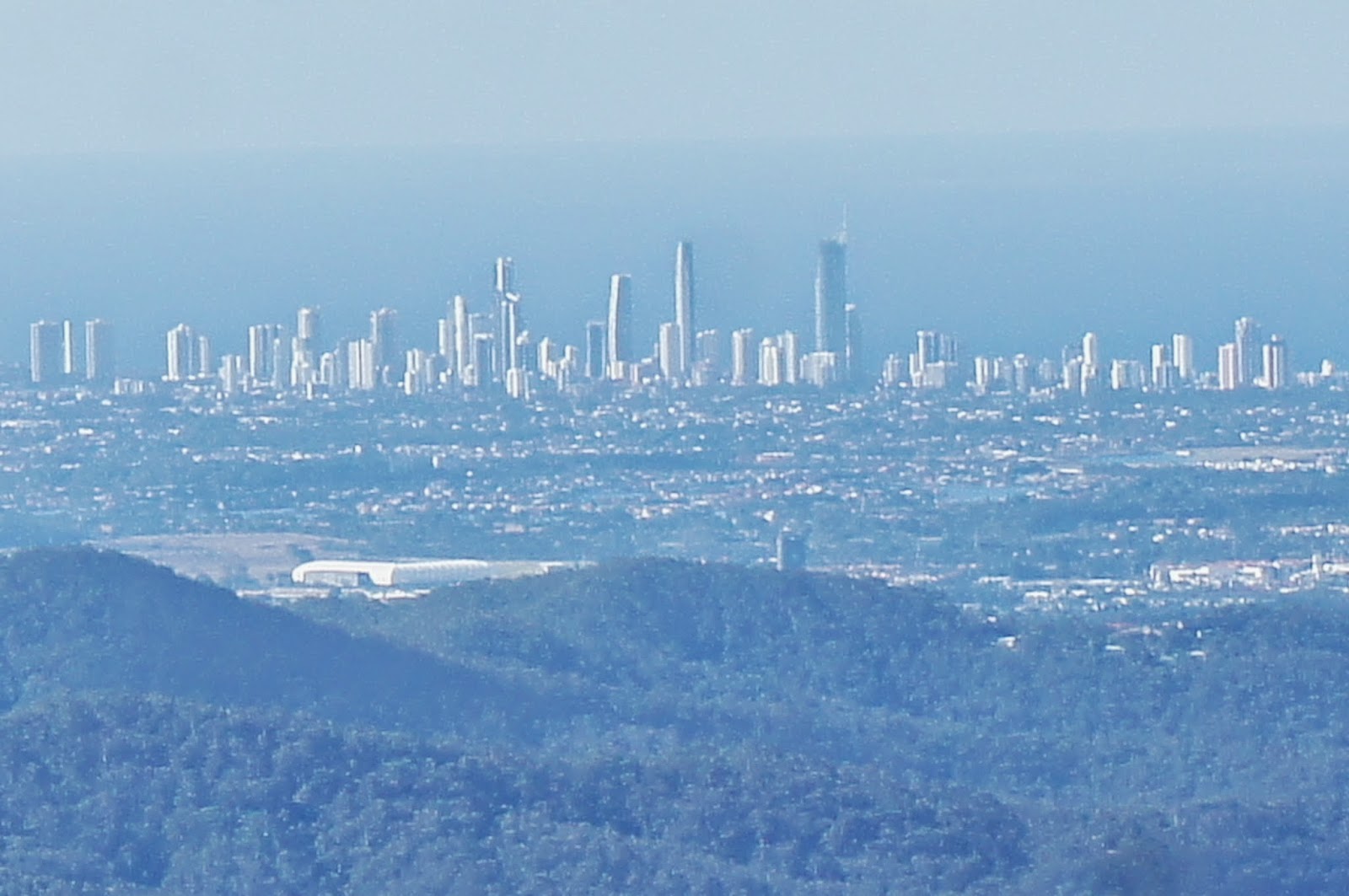 We just made it to the car before the rain started but it was shortlived and as we were driving out we saw a sign that just drew us in and we had to have a look for ourselves.......Best of all Lookout! 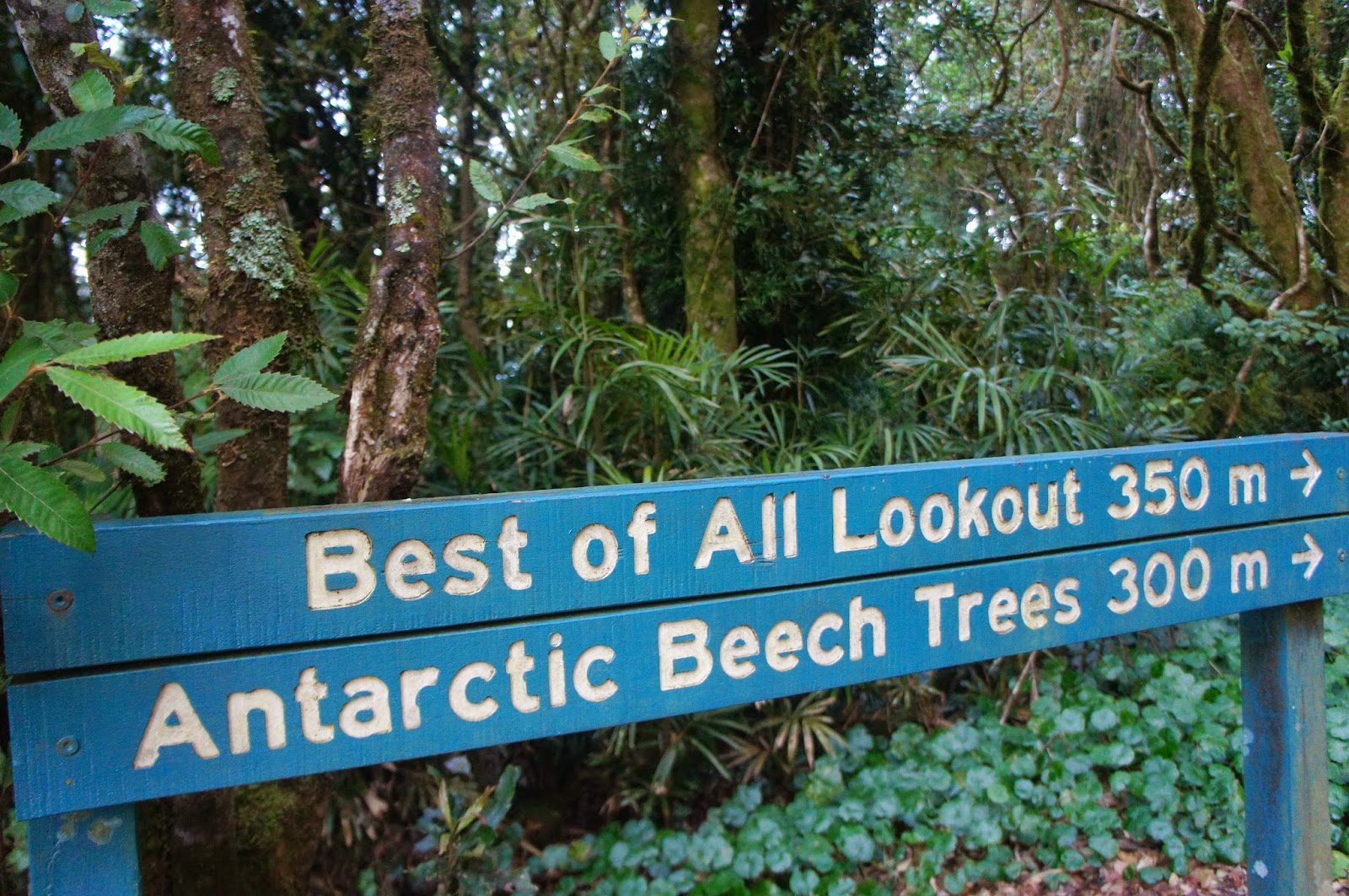 I wanted to see the Antarctic Beech Trees 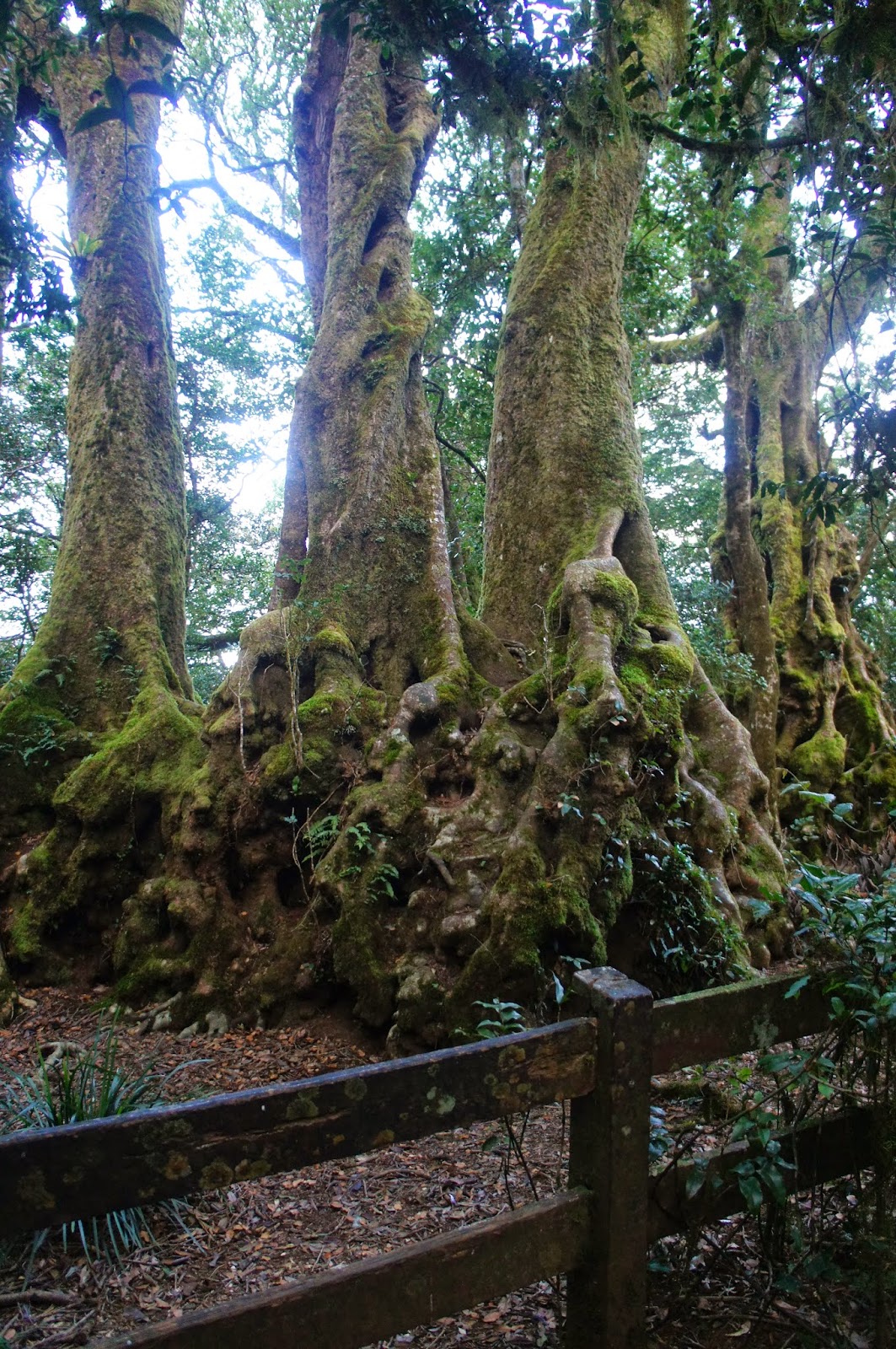 Here they are......a link to a time when Australia and Antarctica were part of the same super continent called Gondwana. Maybe you can read the sign....sorry, it is not very clear 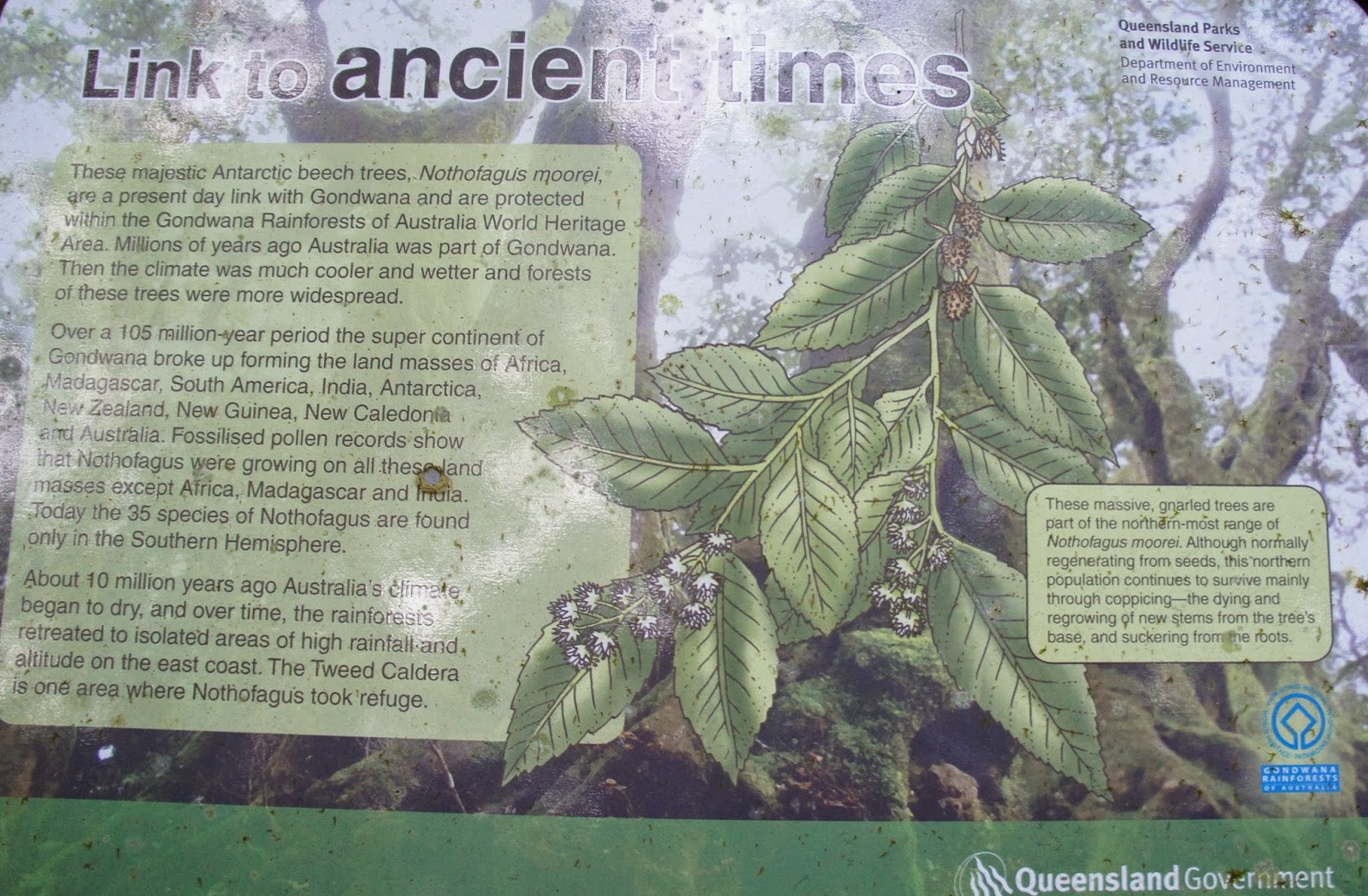 And then to the view......it was rather spectacular but it was really, really cold and I somehow messed up my panoramic shot in my hurry to finish up and get back to the warm car.  Here is part of the view 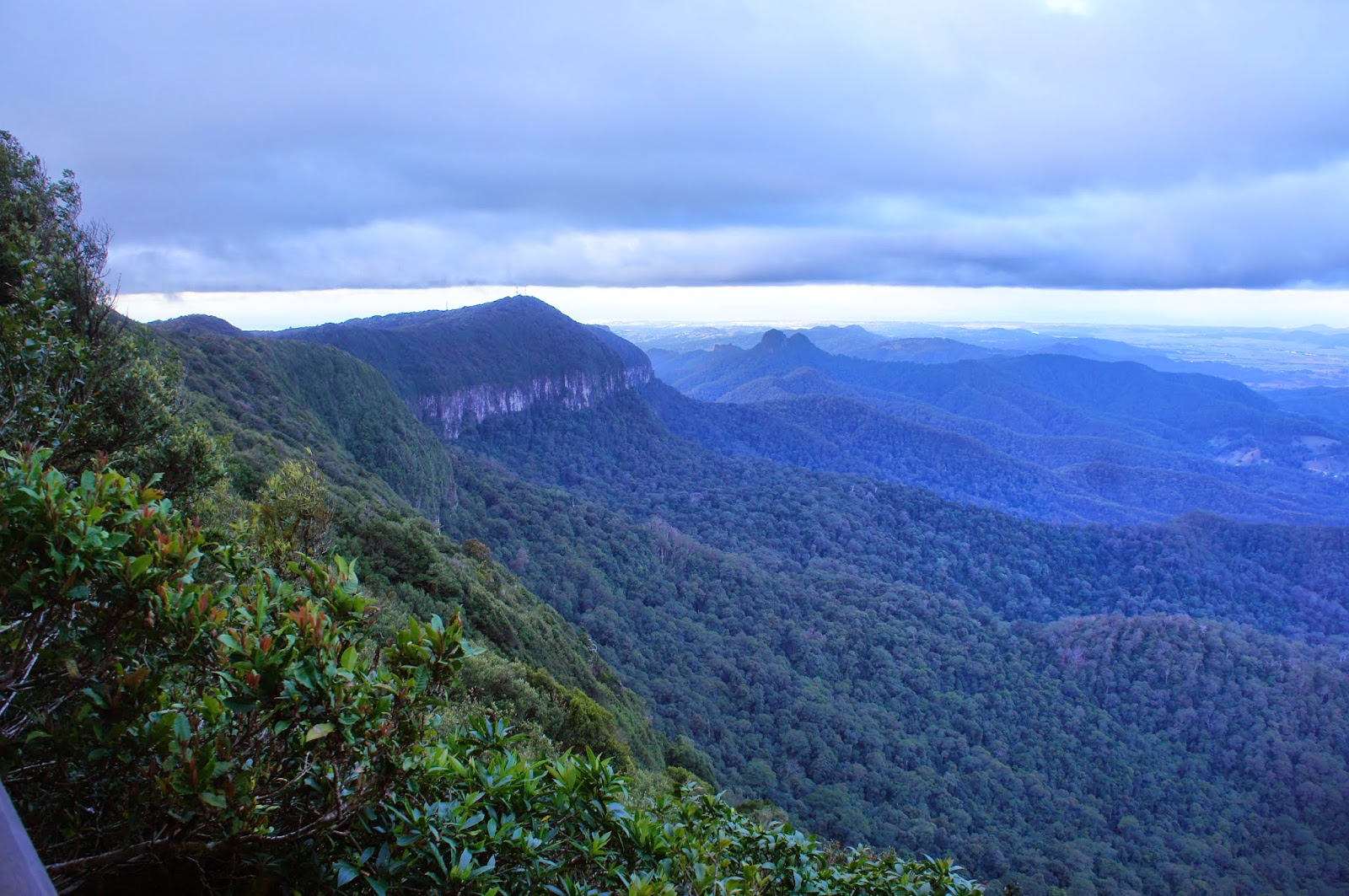 I know it has been photo overload but if you have come this far then you must of enjoyed it too.