FNWF did not go as planned

I really needed a little Friday night sewing this week......but it was not to be!

First, my plans of starting sometime in the afternoon were thwarted by a visit to the Dentist (forgot to factor that one in), then some shopping for the long weekend. I just got home and was grabbing some lunch when I got the "mum's taxi" call out so off I went to collect my pick-up. While there, the two-who-share-a-house mentioned they were going camping in opposite directions for the weekend but neither of them had thought about what would happen with Clover so I arranged to collect her later when I did the return taxi run.  Of course, I only just got home in time for the daily dog walk with my own girls and then the usual evening routine follows that.

So, eventually, I had got myself settled for a bit of R&R with needle and thread in front of the ABC (my very fav Friday Night viewing) with a yummy BIG cup of hot chocolate. 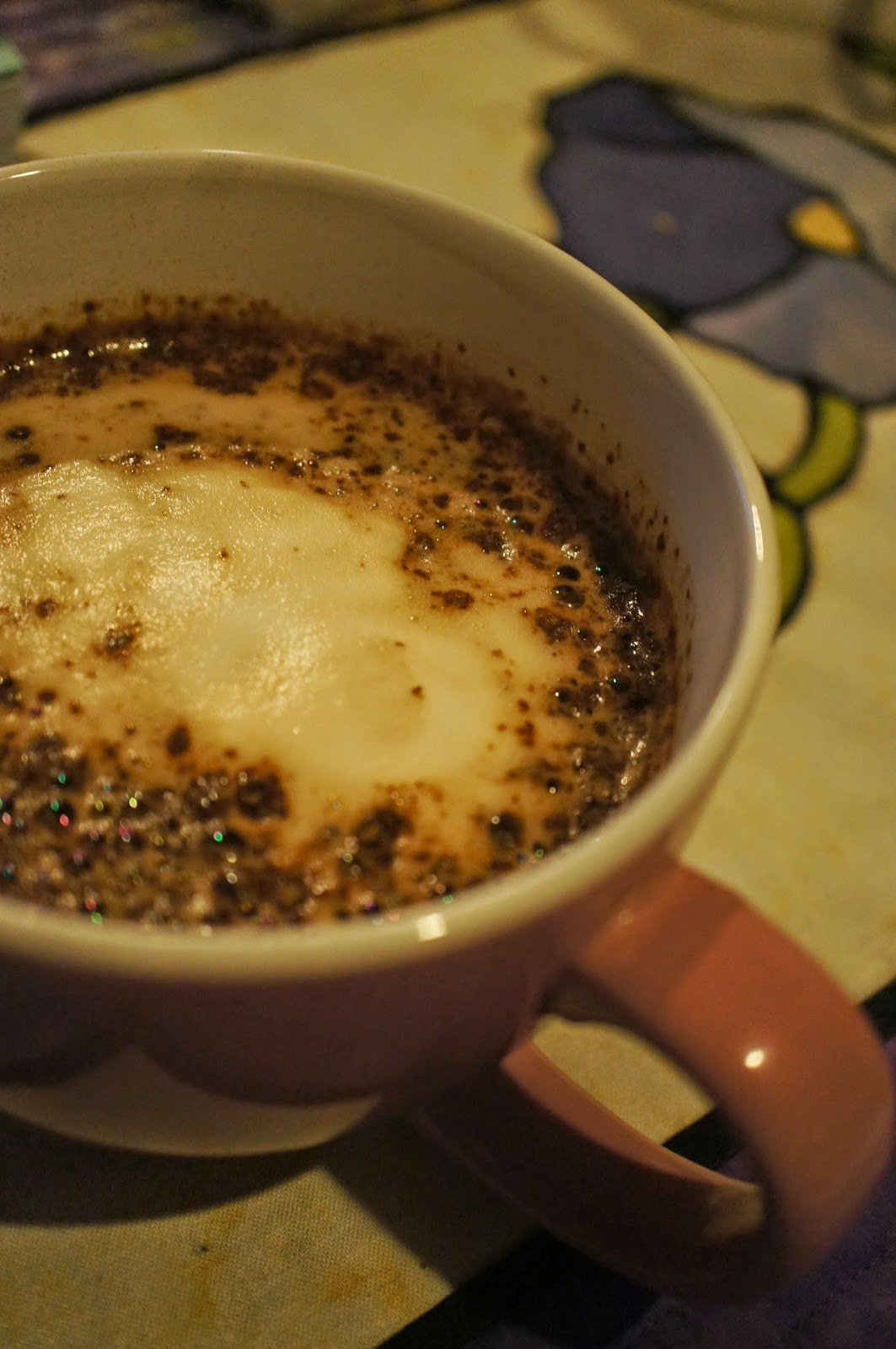 when Hubby came in to say he had the pick up call from the train station.  I had to go with him because I couldn't leave him to handle Clover in the car on his own. It was not a quick in and out trip......the times were wrong so we had to wait an extra 20 minutes for the train to get in and by the time we got home with little miss Clover, I was over it. She is worth it though......just look at this photo I snapped this morning.........Isn't RED just her colour? 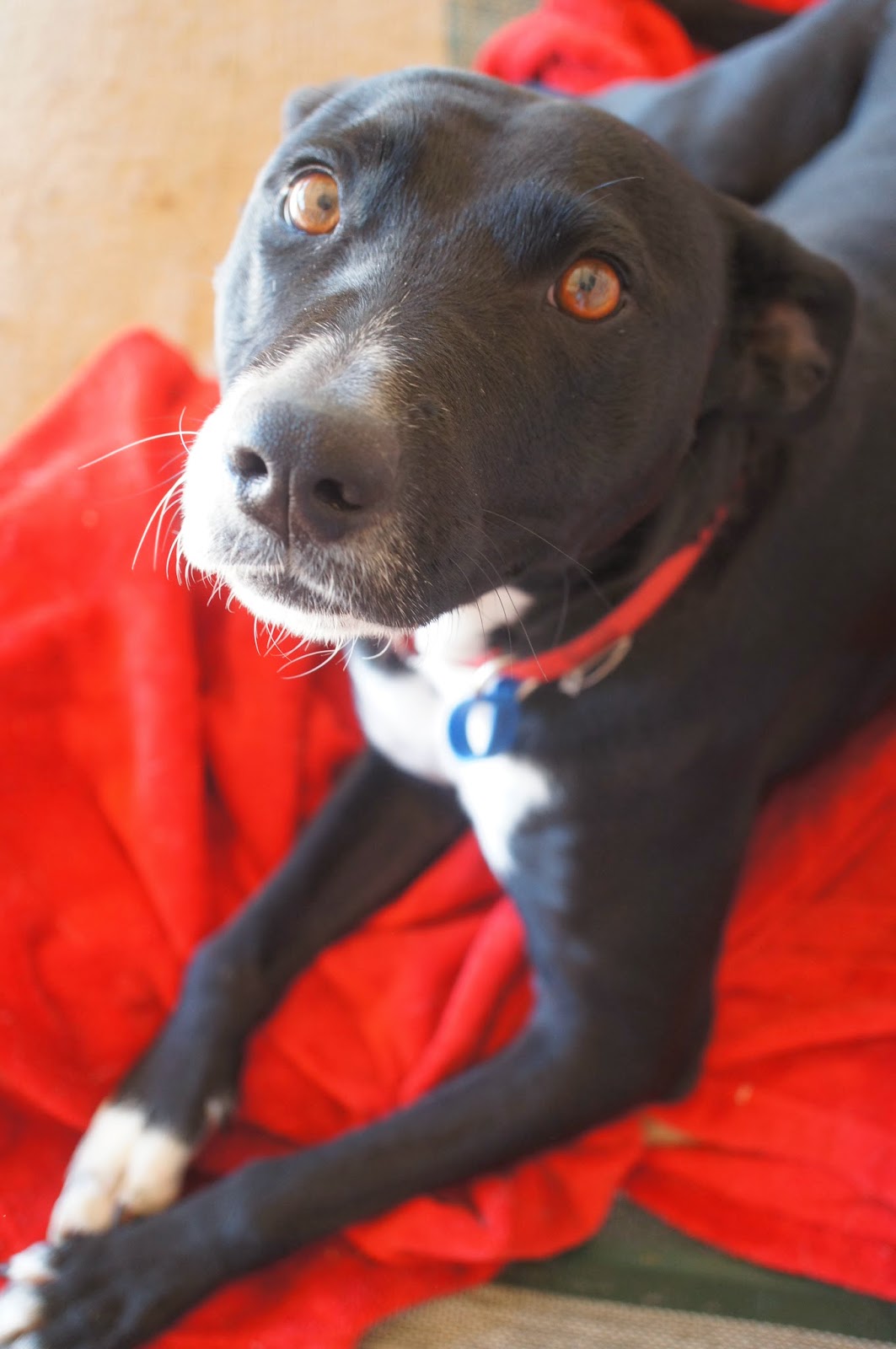 Needless to say, I didn't sew a stitch but as I was sitting idle in the train car park, I thought of you all being very industrious with your own needle and thread. All is not lost, I did make some progress on my Bric-a-Brac this week so I still have something to show. 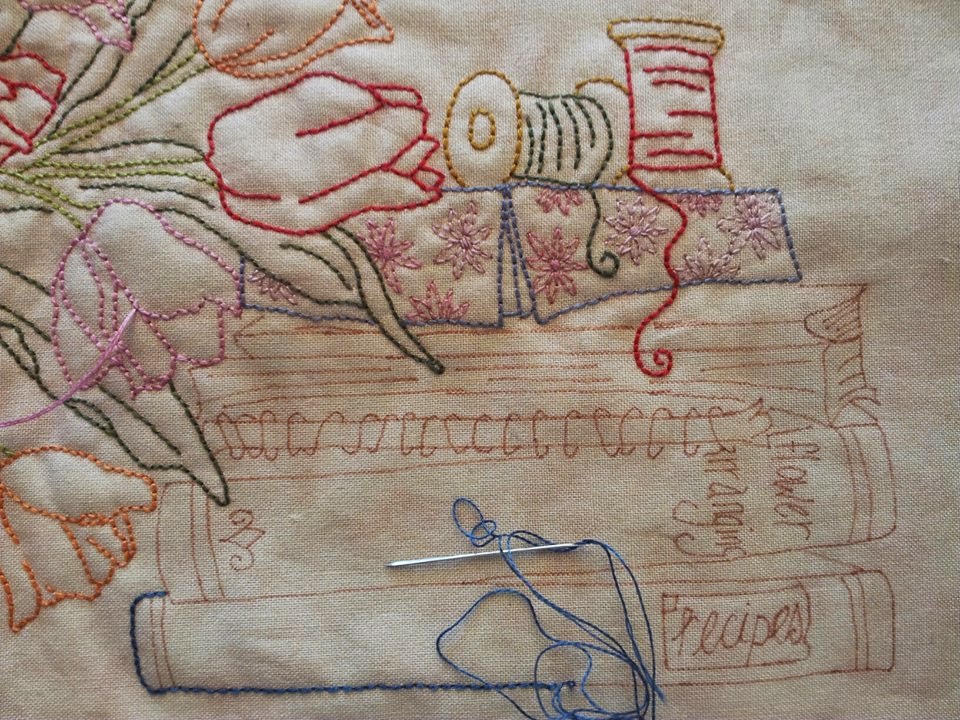 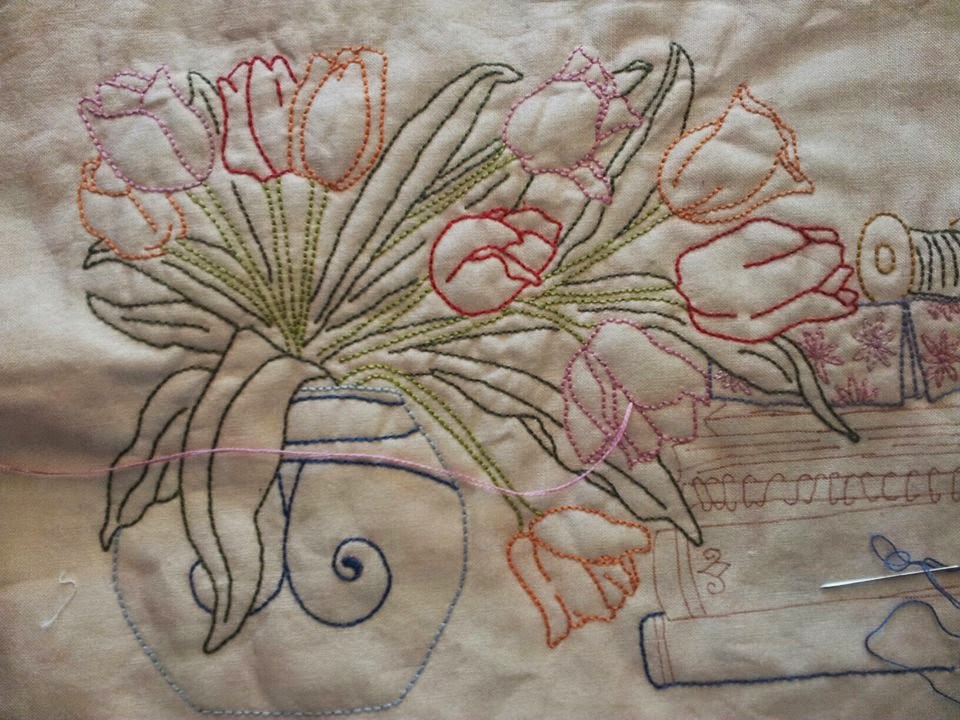 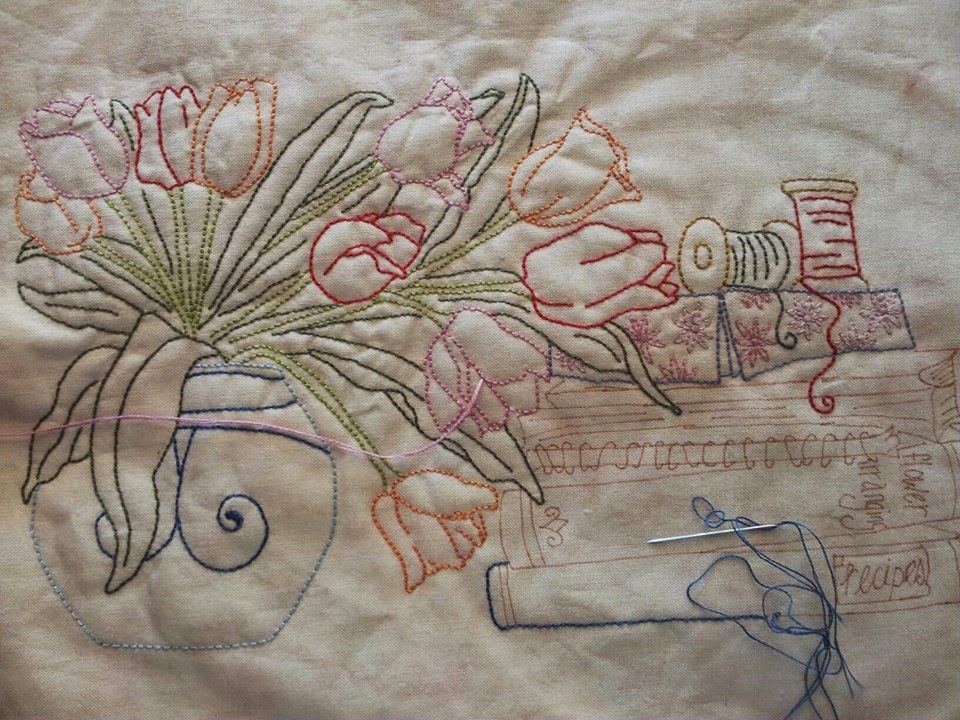 I will be popping along shortly to Cheryll's blog, Gone Stitchin' to catch up with those who most likely managed a stitch or two more than me.  Why don't you join me?