This post is a bit after the fact, however, it was Miss M's birthday last week and we made tentative plans to get together on Sunday, when everyone had a free day, to celebrate. Initially we were going to go out for dinner but the theme over the last year seems to be afternoon tea and Miss M chose to do this at our favourite spot overlooking the city. 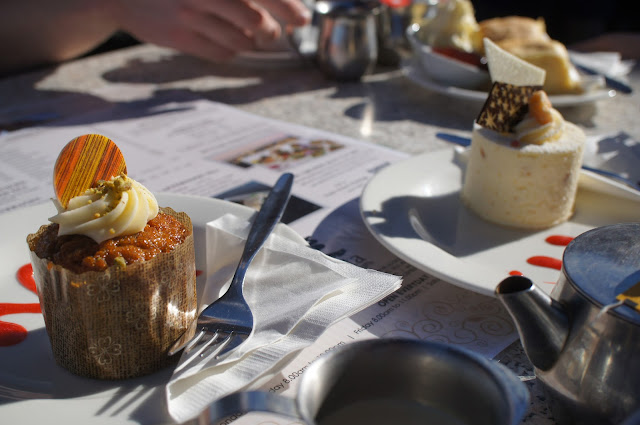 It was such a beautiful day on Mt Coot-tha that we actually sat in the sunshine. The boys wanted Devonshire teas but Miss M and I indulged in something a little more decadent. 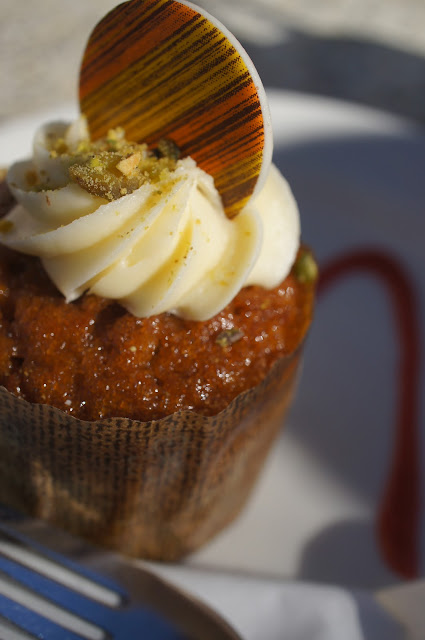 A little Carrot Cake and White Chocolate and Macadamia Mousse 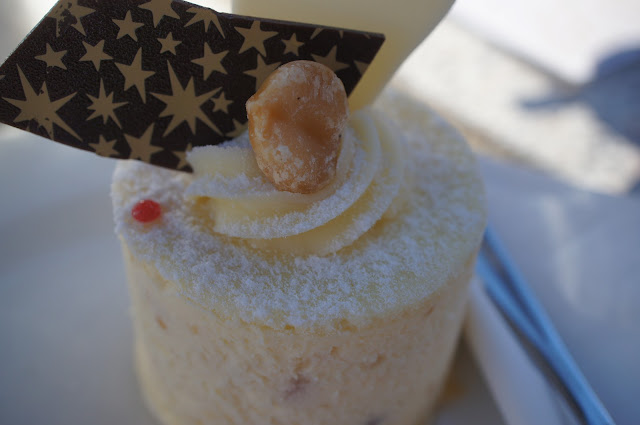 We split both down the middle and had half of each......Yummy!

And this was the scene from our table looking South West. 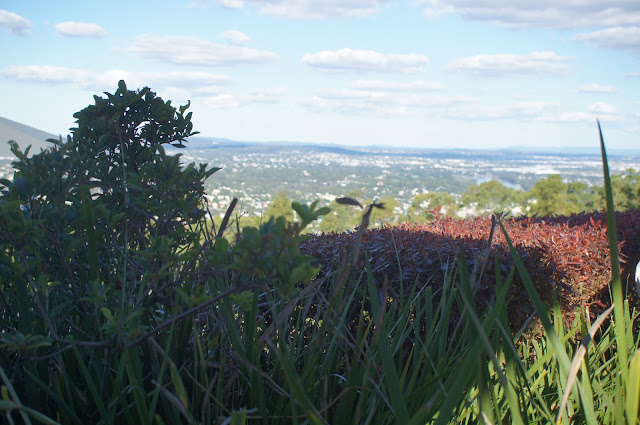 Later, we thought we better do some walking to overcome such indulgence and drove down to the Botanic Gardens for a walk around.  It is only a few weeks since we were last there but there was so much to photograph.  That will be for another post.